While New Zealand's big cities continue to surge towards 90 percent fully-vaxxed, parts of regional New Zealand are getting well and truly left behind.

Rotorua's western suburbs have been identified as a problem area, with rates in some areas as low as 40 percent.

Reporter Nick Truebridge and cameraman Nick Monro hit the road to talk to the people of Western Heights, and the local GPs trying to replace fear with Pfizer.

We started yarning to locals outside a busy row of shops on Brookland Rd - occupied by a Four Square, a Takeaway shop, health clinics and chemists.

One local woman there had receivd one shot - like 62 percent of the eligible population in this suburb.

"It's like this, if our children can't be vaccinated, people aren't getting it because they can't be," she said.

"My thoughts on that [getting the vaccine] was well if I don't get it I'm going to die, who is going to look after my kids?"

But Lakes District Health Board says 38 percent here haven't even had one shot - never mind the 57 percent who have not been fully vaxxed.

"Nah, I've had none of them... I just don't think I need it," an unvaccinated local said.

The locals say many simply do not trust the authorities, or being told what to do.

"All of a sudden we have to do something because someone said to, yeah that's a hard pill to swallow in the community," another local said.

"It's a personal choice but I think our iwi need to get in there you know, local tribes get in there and talk to our children, our adults."

There is a battle being waged here - victory comes in the form of vaccination, and local nurses like Val Read are on the front line.

"Frankly, some of them are quite terrified of the vaccine. Some of them actually want to look at the vial and the solution of 'what you are injecting into me?' and all of that.

"Quite often it's necessary to sit down and have a really long discussion and conversation with them to get through all those barriers," Read said. 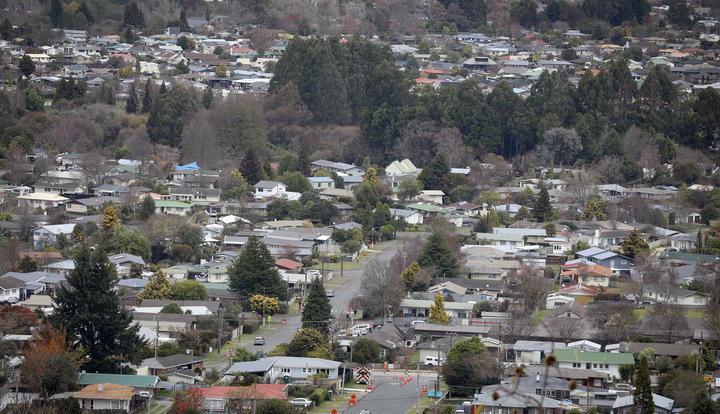 Just across the road, local GP Clem Li Liva is fighting a battle of his own.

"Some of them just need a quick prompt but there's at least one a day where you're needing to have a detailed conversation with them about that," he said.

He recently had a consultation involving three people, which ran 20 minutes overtime due to a conversation about the vaccine.

"One of them has definitely not changed her mind, the other one is going to think about it and the third one will probably get vaccinated."

"My spiel is I tend to be quite respectful of there position and I start from a 'I wonder why' position rather than a 'you're dumb' position.

"I find it's quite useful for people who are on the fence, instead of asking them why aren't you getting it done? Say why is it that you're only halfway towards it? What is it that makes you think about wanting vaccination? And then discussing the positives rather than the negatives."

But Dr McLean said things could have been done differently in Western Heights and neighboring suburbs.

Instead of top down leadership from government and DHB, he says it should've been left to locals - local Maori and local health professionals - familiar, trustworthy faces.

"Probably we needed to do more incentive based and probably a little bit of you're important to us that's why we're doing you early rather than you're bad and you're at the end," Dr McLean says.

While Western Heights was on 43.7 percent double dosed, neighbouring Mangakakahi sat on 43.8 percent, with nearby Fordlands down at 41.4 percent.

"We've got a service operating at Western Heights shopping centre we've had a clinic in Fordlands, we've got two gang events happening out in Western Suburbs and two elsewhere in Rotorua.

"We're looking at door-knocking options to see whether that's any improvement and the other thing we have is every Sunday and Monday we operate a large drive through with the Te Arawa Covid collective on Clayton Road which is on the corner of all the Western Suburbs," Wilson said.

So the reinforcements may be coming, in the meantime locals are taking matters into their own hands.

"It's good to see our gang members that are in there you know trying to do the right thing as well, different gangs so yeah I'm with them," one local man said.