'Covid-19 is on the doorstep' - Henare's stark warning to Māori

Associate Health Minister Peeni Henare has told many DHBs they need to do better in their vaccine rollout to Māori. 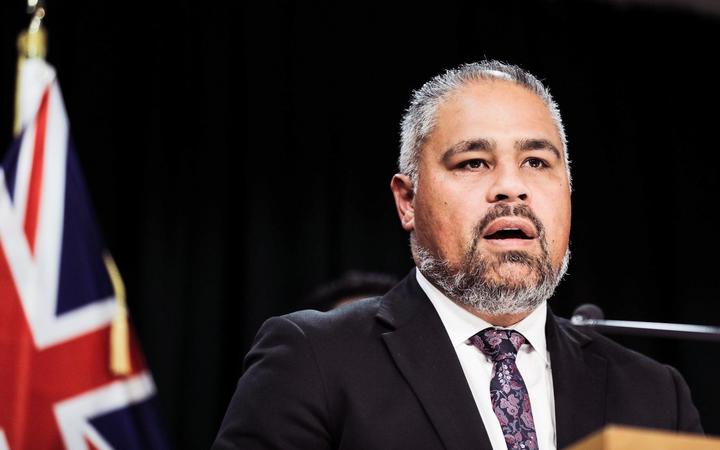 "We looked across the data and those DHBs were lagging ... I think in some instances they're trying to do their best. Things are difficult - either a lack of Māori health providers to do that mahi, or it's a lack of leadership in the health space there," Henare told Checkpoint.

"The purpose of going to see them for myself was so that we could push through those barriers and get on with the collective goal.

"I'm proud to say that in Taranaki that happened.

"I think in some instances they are trying to do their best. Things are difficult, either it's a lack of Māori health providers to be able to do that mahi or it's a lack of leadership in the health space there.

"So there are a number of those challenges, and we've already just discussed some of them, but it is quite clear and the data shows it that our Māori numbers there are lagging...

"Oh, I meet with all of them and was quite up front about the challenges that the Māori health providers told me and they said 'Yes, we need to do better, and how can we do that'?"

Henare said he could have "had a closer eye on the DHBs from the start".

"That's why we find ourselves where we are."

Henare said while he was travelling to meet Māori health providers and DHBs, he also met with GPs, primary health organisations and pharmacies.

They already had good work underway for targeting vaccinations for Māori where needed, he said.

Henare had spend all other lockdowns in Auckland but was in Wellington for this Delta outbreak.

"I'm proud of the work that I've been able to do with my presence here in Wellington. I am acutely aware of the challenges in Tāmaki Makaurau. I meet with my own family as well as stakeholders there on a daily basis to continue to see how I can support them

"But the purpose for me of coming down here and locking down here in Wellington is to continue to push the kaupapa for Māori and in particular for my whānau in Tāmaki Makaurau so I make no apologies for it."