With nearly 1000 cases, four weeks of lockdown and a huge hit to the New Zealand economy - Delta has well and truly thrown the country a giant curveball.

Last month, the government announced plans to re-open Aotearoa to the world by introducing a risk-based border from early next year.

But with the biggest city in lockdown, what does the latest outbreak mean for that plan.

Fyfe told Checkpoint that what is happening now does not change anything and if anything it creates more urgency.

He said there are three areas that need to be freed up to allow the economy and society to function.

"Lockdowns are clearly very debilitating, the constraints in terms of people being able to come into the country and cross the border are very debilitating and restrictions on gathering limits, particularly for hospitality are causing a lot of grief at the moment."

He said it is vital to move forward and address and enable those three areas to be freed up and it will all come down to vaccination at this point. 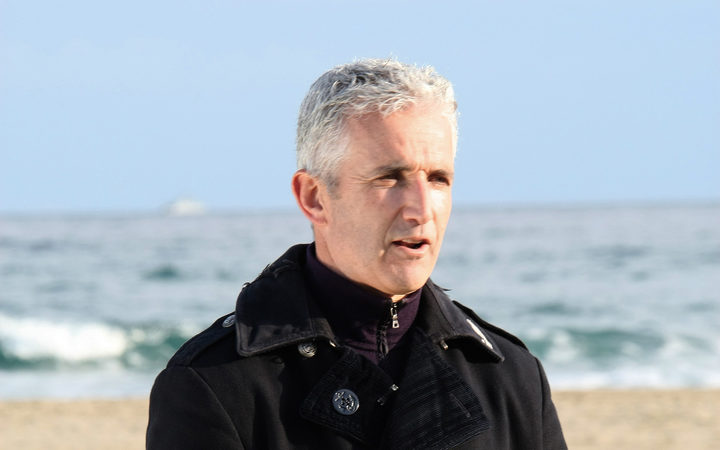 Rob Fyfe says at this point moves to free up the economy will come down to vaccination. Photo: AFP

Fyfe said looking elsewhere it seems that north of 80 percent of eligible people need to be vaccinated before opening up.

"We need everyone that can to present themselves [for vaccination] and the faster the better."

Fyfe said he would like to see more clarity around the government's target for vaccination levels and then it would be necessary to do everything possible to reach that target.

He said that target should be made available within the next two to three weeks.

Fyfe said he believes the trial for allowing people returning from overseas to isolate at home is on track, although he's aware that some resources did need to be reallocated due to the current outbreak.

"I actually think when we move into 2022, I think isolation at home both for people coming across the border and also people that test positive within the community, we have to learn how to use isolation at home because MIQ is always going to have issues with supply and demand."

Fyfe said he is hopeful that by next year if New Zealand is a highly vaccinated country, double vaccinated people will be able to come into the country without having to isolate either at home or in an MIQ facility.