A public health expert says central city hotels are too risky to use for quarantine and is calling on the government to build dedicated facilities.

The whole country will remain in alert level 4 until 11:59pm Friday. Auckland's lockdown will continue until 11.59pm Tuesday 31 August.

Otago University public health expert Professor Nick Wilson told Checkpoint the decision by the government to extend the level 4 lockdown was the right one.

"There's still a lot of uncertainty and so keeping it at alert level 4 until at least Friday night for the whole country does seem a very prudent and appropriate measure."

But he believed central city hotels were not ideal locations for quarantine facilities and said the risk of transmission to people outside was too high.

"That location [Crowne Plaza] is highly problematic, but also just the sheer amount of shared space and the lack of appropriate ventilation. We've seen zero MIQ failures in Howard Springs, the facility outside Darwin and it's simply because all the buildings are single storey - they're separated - and there's extremely good ventilation.

"There's no surprises that we keep having problems and it really is now time to have another serious relook at not using hotels for quarantine."

He said New Zealand should follow the example of Victoria and Queensland and build dedicated facilities that are not in central city locations.

"Unfortunately, there's very wide agreement amongst epidemiologists and experts in infection control that you need really high quality facilities with good ventilation. It's just been a matter of convenience that the government's been using these hotels and there's a certain sort of rigidity in the thinking around that.

"We really need, especially with Delta, to be highly flexible with our response; to have state of the art facilities which would also help with future pandemics as well."

Another issue, he said, was that the government and health authorities should have been fast-tracking the vaccination of essential workers. 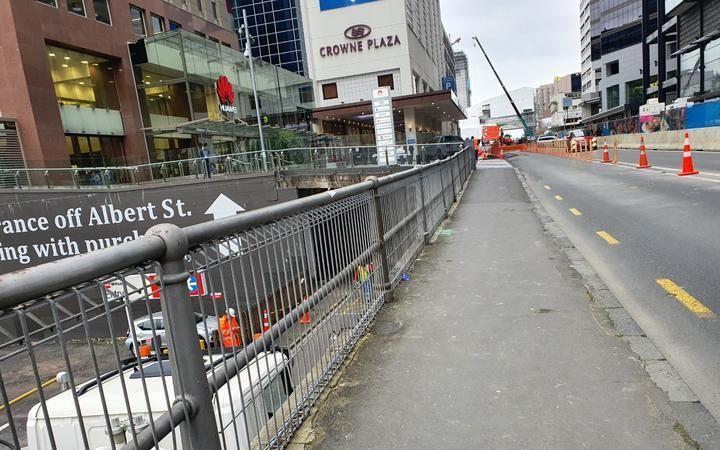 "They should all have been moved up to the top of the queue. We saw with the Delta outbreak in New South Wales that essential workers who were unvaccinated were spreading the virus.

"Although the government has announced some fast-tracking for essential workers, this should have happened long ago and it should now be really fast-tracked, especially in Auckland and Wellington because that might help reduce the length of a lockdown and help us move through alert level 3 and down the alert levels much faster."

He said the evidence so far suggested there were no large super spreading events in the days before moving into alert level 4.

"It's quite reassuring and it's quite possible New Zealand will replicate the success of controlling a Delta outbreak as we've seen in Queensland and South Australia."

Wilson said unless a super spreading event did emerge, he expects there would be a decline in cases in the next few days.

"The rapid response and the short period between MIQ failure that saw the first case has made controlling this Delta outbreak relatively easier than it has been in places like New South Wales and Melbourne."

He said the reason there may not have been any cases in Coromandel was because the infectiousness of the virus varied a great deal from person to person.

"Some people are very infectious, they may even infect 100 people at a particular event - and we saw that in things like the Bluff wedding [cluster] - but there are lots of occasions where individuals infect no other people. There's a very extreme variability."