The latest Covid-19 cases have rocked the Coromandel peninsula, where hundreds of swabs are being tested along with wastewater to see if the novel coronavirus is in the community. 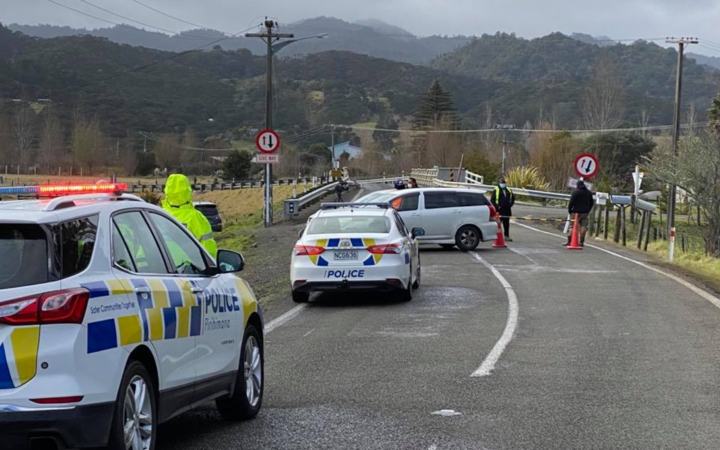 The Devonport man who first tested positive for Covid-19 visited the area with his wife over the weekend.

They visited nine locations of interest, including three trips to Umu cafe in Coromandel town.

Co-owner Josie Fraser said while they were shocked to have been visited by a Covid-19 case, they were doing everything they could for staff and customers.

"Well they obviously liked us - which is a really good thing in a lot of ways, a bit unfortunate that they were sick," Fraser said.

"They were a lovely couple who the staff interacted with and had conversations with."

Coromandel-Colville ward councillor John Morrisey said it was a different feeling for the community to have a case right on their doorstep.

"It's a small community so everybody knows everybody and those places which have been affected - there's usually a connection to them."

Despite the risk of the virus being in the rohe it appeared some visitors were still keen to take their chances - prompting a roadblack to be setup at Manaia just south of Coromandel.

Local resident Dawn Richards said the community stepped up to make sure no more pressure was put on local services.

"It was just to protect our own, to stop the flow of traffic that we all know comes from Auckland - or all over the place really. We just have kaumatua, families, that are all worried and we have enough to worry about so we don't need any more people coming in and settling in."

Police today confirmed they had turned around at least 200 people at the Manaia checkpoint.

Meanwhile, Coromandel's own mayor Sandra Goudie today came under fire for not doing enough to keep the region safe after yesterday admitting to Checkpoint that her Covid-19 scanning was hit-and-miss, and she relied on her credit card to track where she had been.

The comments drew widescpread criticism and her fellow councillor Gary Gotlieb said it embarrassed her colleagues.

Goudie today said she was too relaxed about her own complacency with scanning - but there was no question she would be using it now.

While there was a strong turnout for testing today, people have been warned it would take some time.

The iwi based health provider Te Korowai Hauora o Hauraki has been testing in the community and chief executive Riana Manuel told Nine to Noon there were more than 100 people waiting to be tested by midday.

"We're encouraging people not to all come at once ... we're going to be here for a few days so we don't want people all rushing in at once," Manuel said.

In addition to the Covid-19 swabs, waste water testing is also being set up across the peninsula with the first results expected later in the week.

The Waikato District Health Board has confirmed Coromandel-Thames area has the highest vaccination rates across the region.

The DHB said more than 12,224 vaccines have been administered in the area, with 38.7 percent of the population receiving at least their first dose.

In the Hauraki District 6331 doses have been given, with 29.5 percent of the population receiving their first dose.

Vaccinations were paused nation-wide today during the transition to alert level 4, but will resume tomorrow.