Students at Dargaville High School are swapping the classroom for a construction site to build desperately needed public houses for the North.

The school is creating beautifully built homes for the region as part of its building academy programme - and many of the students making them have been bitten by the building bug.

Around 10 students each year get to be a part of Dargaville Building Academy, which operates during school hours, but is essentially a full time building site.

The academy started 10 years ago and has been run by tutor Tim Pratt ever since.

He said the idea had partly been about motivating students who were less academically inclined, and to help create tangible skills.

Pratt said when many students started the course, they often knew nothing about tools - and the first six weeks were about keeping everyone safe and schooled up about health and safety.

All students get a bag of gear with almost everything they need, worth about $1000.

"Once they get to know the tools, well the transformation [is] amazing," he said. A generous local donor helped them on their way with the costs of their first homes but these days they are financing the whole thing themselves.

Of the 79 students that have attended, 41 are in the trades and three run their own businesses.

Pratt said the scheme was a great solution to help ease the country's housing crisis.

"There's not enough builders in New Zealand to build 40,000 houses a year, and they couldn't do it anyway now, but we're doing our little bit and that's what I wanted to do.

"It's great, you see the gratitude on these people's faces when they move into their house, it's just amazing."

So far only male students have been involved in the programme, but Pratt said he hoped young women would be interested in taking part too. 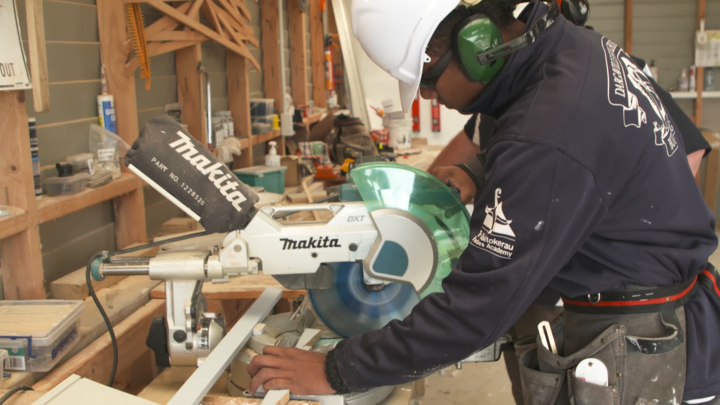 All students get the NCEA credits they need - but also vital building skills for an apprenticeship.

Caleb Cranston said it was awesome to be involved and he got butterflies when he thought about what his future could hold.

"Building academy will put you into apprenticeship jobs throughout the future. It's like a jump starter you know, building will help you." 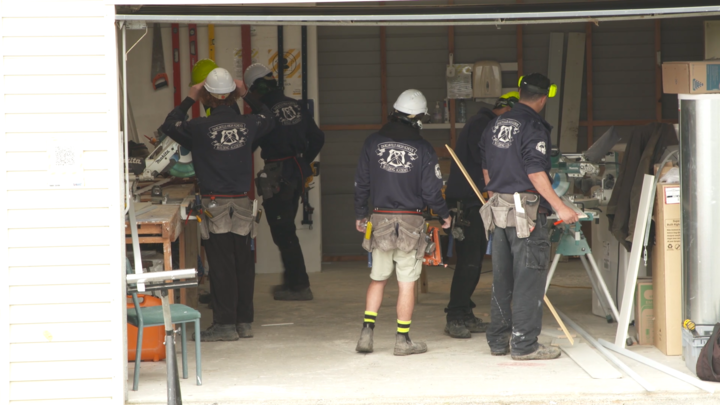 The house he has been working on this week is destined for Kainga Ora tenants - another five bedroom house the students made was trucked up to Kaitaia last week.

Caleb said it was great work to be part of.

"It brings joy to me, even knowing that I can help people and you know, give them a house and roof to live under."

Caleb and his classmates are already eyeing up what's next - with hopes for apprenticeships where they can find them, and eventually their own building companies.

Pratt said they were highly sought after.

"When you've got an apprentice on a job and you're building, you're really busy and you don't have time to do what we're doing here... who wouldn't employ them?"

Dargaville High is the second school to be building home for Kainga Ora - Massey High in Auckland are also helping out.