Recovering meth users in the Far North want the government to boost local resources to help kick the drug. 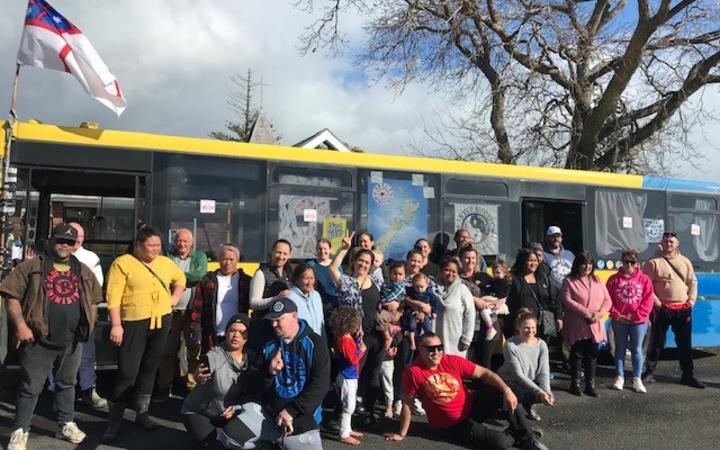 Former addicts from across the motu have been visiting Kaitaia to support the community, where locals say it's easier to get P than it is to get pot.

Dozens of people turned out to St Saviours Church, for a hui to host the Anti-P Ministry this week.

The group's online support has grown massively in recent years, with 8000 Facebook members sharing stories of their recovery.

Members travelled from as far as Wellington to spread their message in the North - including 30-year-old Bex, who had been clean for more than nine months.

She said her turning point had come when police offered her help, and suggested rehab, rather than treating her as a criminal.

For Kaitaia woman Haley Fryer, finding herself in jail after being arrested as part of Operation Ghost in 2018 prompted her to turn her life around.

"I found myself in a jail cell, my kids were with their grandmother - I had no idea when I was going to see them again, my baby was only five months old - she was still breast-feeding."

Today she is nearly three and a half years' clean, and said life could be miraculous for anyone who was able to kick their habit.

Kaitaia is reported to have some of the highest rates of P in the country - with wastewater testing revealing its use right across the week, as opposed to 'party use' on weekends.

But getting help in the town is proving difficult for some - Haley Fryer was among several former users who said more resources were needed.

"I had somebody turn up to my house a few nights ago asking me if I wanted to smoke some... I don't smoke that and I haven't smoked it in years but it's still on my doorstep."

She said the town needed a substantial detox and rehabilitation unit.

"Not one that's just got 12 or 13 beds because the waitlist for that would just be astronomical."

While there is a residential treatment facility available in Ngataki - a 45 minute drive away, the region's only detox facility is in Dargaville, nearly two and a half hour's south.

Roberta Kaio is the whanau coach at Rongopai House - a community trust run by St Saviours to provide social support to Kaitaia.

She said existing services, like so many across the country, were already overloaded.

"We're like the poor cousin, we're far away from those main resource areas like Auckland, Wellington, Whangarei even, we're still far away.

In a statement, Northand DHB general manager for addiction and mental health Ian McKenzie said detox was only part of a treatment plan and community services were key for local support.

"Northland communities are among the most vulnerable in New Zealand. High rates of poverty and crime combine with low rates of education and employment provide a lucrative market for organised crime to peddle methamphetamine."

He said the DHB, with provincial growth funding, invested in many of those services last year - with Hope House in Ngataki receiving more than $1m to help increase cabins from 7 to 17.

He noted anyone could self-refer to Te Ara Oranga, the Methamphetamine Harm Reduction initiative launched in the region in 2017.