The biggest food festival in the southern hemisphere is being plated up once again to the delight of foodies and burger-lovers.

More than 300 venues are taking part in Wellington On a Plate - from all across the region.

The festival, already one week through, provides an entire month of dining delight: the first two weeks are Dine Wellington where restaurants put on a themed meal, then two weeks of the famous Burger Wellington.

The final fortnight is a serious business, with workplaces often compiling spreadsheets and reviews.

It caters to both vegetarian/vegan and the more meat-inclined diners.

"It's a pickled turnip slaw, and then it's a blue cheese mayo - we don't actually make the blue cheese, it's imported, but it's vegan blue cheese.

"The burger is a plant based burger, made out of soy protein, and then we batter it and deep-fry it.

"We then make the black pudding ourselves in house made out of beans and oats and spices. And then we've started the process of making 3000 vegan eggs." 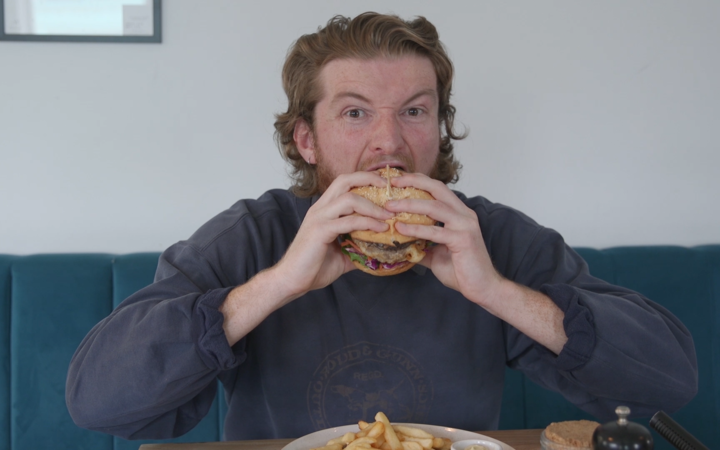 Designing the menus is the best part, Hughes said.

"Challenging but extremely fun, at the same time.

"It's probably the funnest part of the job, coming up with the ideas, and then trying to create the recipes, and then testing things out. I mean I'd never made vegan haggis before."

The festival provides a much-needed boost for restaurants, during what is in most places, the quietest time of the year, in the heart of winter.

Botanist owners, Maria and Lydia Suggate - who own a number of other restaurants around town as well - said their turnover has had a 30 to 50 percent bump.

"It's huge, it's hectic. We sold at each venue a couple of thousand burgers in two weeks." 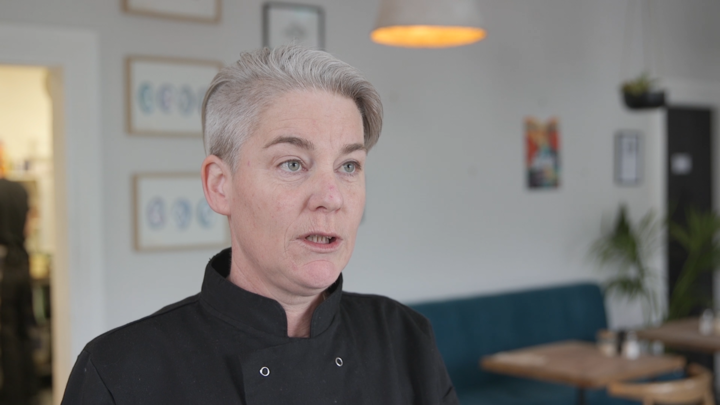 But if for you, a burger is not a burger unless there is meat involved, there are plenty of other choices.

Fork and Brewer - who finished in the people's choice Top Five last year - is serving a pork belly burger with crackling, apple, and cabbage this year.

"Like an apple sauce but fancier. And then the hash bites - [you've] got to have them. Very moreish."

The boss here, Matt, said they are expecting a busy few weeks.

"It's fun but stress comes with the fun. You've got people coming in, calling up, we're sold out of burgers - yeah it's emotional."

"Obviously post-Covid, it's been pretty difficult, we've been well aware of that.

"But what we're really excited about is while we've lost two rugby tests in August and September, we're really pleased that Wellington On a Plate is here to drive a bit more revenue through the doors." 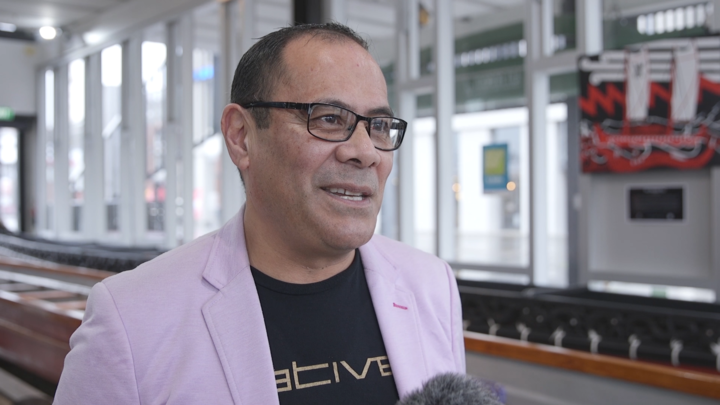 Paul Retimanu is hoping that Wellington On a Plate will bring some dollars to restaurants in the capital. Photo: RNZ / Samuel Rillstone

Sarah Meikle, the director of the entire festival, said it has just become huge.

"This year overall is the biggest festival that we've delivered.

"By participation we are the largest festival in the southern hemisphere - people find that quite hard to believe that little Wellington can deliver something so significant.

"But I think that just goes to show the huge support we have from not just our local community, but New Zealanders particularly."

To beef up the festival, customers can also rate their meal online.

With the quality on show, it is unlikely they will burger it up. 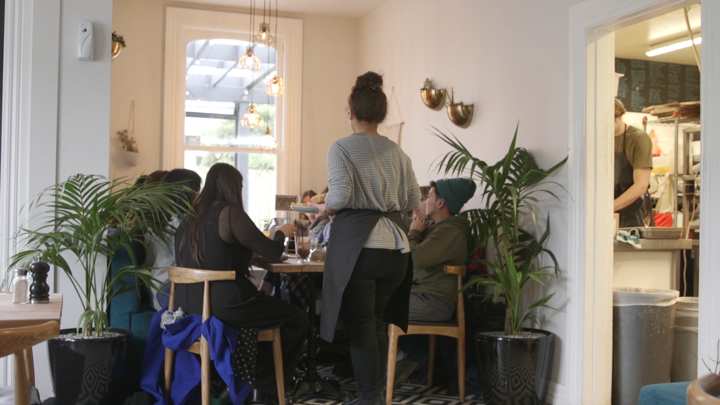 One of those taking part in the festival is the vegetarian restaurant The Botanist in Lyall Bay. Photo: RNZ / Samuel Rillstone