A New Zealand resident who has been here nearly a decade, says he is quitting the country because his wife cannot get in.

Shlok Kant believes he has shown Immigration New Zealand his marriage is genuine, but he has still had no luck reuniting with his wife, who is currently in India.

The situation has some of his University of Waikato colleagues fuming at the prospect of losing a valued team member. 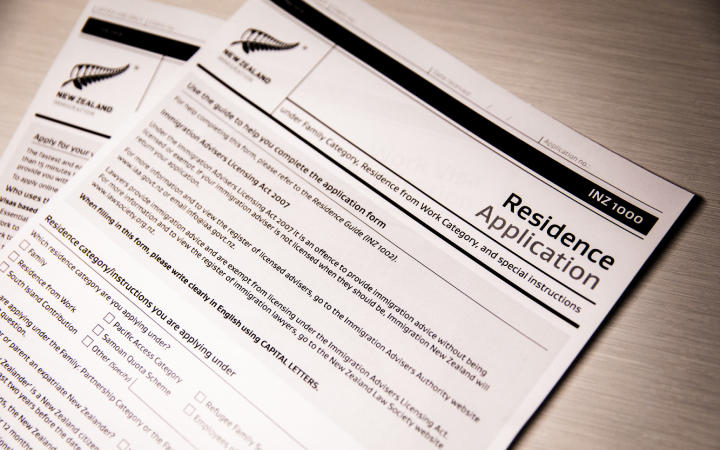 Kant has lived in New Zealand nearly a decade. He is a permanent resident here in Aotearoa and, as of last year, became eligible for citizenship.

Currently he's a commercialisation specialist at WaikatoLink - supporting University of Waikato researchers and inventors in commercialising their inventions.

"I came in to New Zealand eight, eight-and-a-half years ago as a student ...," he told Checkpoint.

"I've been involved with the start-up community, I've done a couple of my own start-ups as well, and right now I'm working with the University of Waikato research and commercialisation."

But Kant cannot settle here, as his wife is 12,000km away in India.

She has not been able to get into New Zealand.

Kant travelled back to India last December and applied for an exemption to bring his wife back to New Zealand with him.

"They had those exemptions come in where if two partners are in the same country or at the same port of travel, they can apply," he said.

"For example, if one partner is resident he can apply for an exemption for the other partner to travel with them."

Kant waited two months in India for the exemption to be granted, and answered questions to prove his marriage is genuine.

"They needed proof that we are in a genuine, stable relationship," he said.

"Then we provided them all the proof that we had - statements from friends, families, colleagues from New Zealand, different photographs, chat history call details around how we maintained contact during the Covid-19 period and all of that."

Immigration New Zealand (INZ) confirmed it received an application for a critical purpose visitor visa on January 4, 2021 and determined that further information regarding the relationship was required.

It requested the information on January 26.

Despite Kant's insistence the information was provided, approval for his wife to travel back to New Zealand never came.

He said shortly after he touched down, Immigration NZ got in touch to say the application would not be processed because he was now back in New Zealand.

INZ confirmed it declined Kant's wife's application on the basis he returned to New Zealand.

So after a decade studying, working, spending his salary and ultimately gaining residency in New Zealand, Kant is quitting the country and heading back to India.

"I feel helpless because I've been in New Zealand for so long and I've ... seen that growth in my career," he said.

"I've done things for start-ups and things like that. And then at the end of the day [I'm] standing here in a position where I can't support my own family.

Supporting Kant has been his University of Waikato colleague Dr Roz Murray, IP Manager at WaikatoLink.

"He brings industry experience, connections, a really strong network into industries that the university has links to, and expertise," she said.

"And then the ability to meet with people, and engage, with knowledge, so he's a really critical member of our team."

She said the prospect of losing him is gutting.

"We've known him for a while and we've seen his relationship with Gorima.

"We watched him go overseas and get married and we've all been looking forward to his wife coming over - and she's been nearly here, and then she isn't.

"Just the whole up and down for him, watching him really want to start a proper marriage and, as much as I tease him, children.

INZ told Checkpoint it is empathetic to the situation migrants and their families find themselves in as a result of these border restrictions.

However, it had "no ability to apply discretion" when considering border exceptions.