"She totally owned it "...that verdict from the wife of gold medal winning rower Emma Twigg. 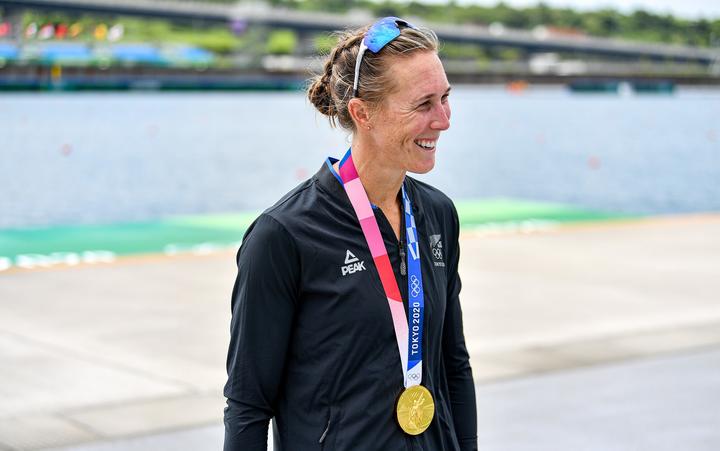 For Twigg - who won New Zealand's second gold medal of the Tokyo Olympic Games today - it was a long fought battle to reach the podium. Her win in the single sculls is her first medal in her fourth Olympics.

After taking a two-year year break from the sport she romped home ahead of her main Russian Olympic Committee rival.

Emma's wife Charlotte Twigg was a wreck watching the race.

She said Emma was dominant from the start of the race and continued the form she showed throughout the week.

Emma fully deserved the gold which realised a lifelong dream.

"She's dedicated a huge chunk of her life to this" and she had shown huge courage to come back after the disappointment of Rio - the second successive Olympics in which she finished fourth in the final.

"She came back because she knew she could do it..."

Charlotte's work colleagues joined her at her house in Cambridge to watch the race and then they were off to a wedding which would provide them all with a chance to celebrate.

The couple would not be reunited until 16 August, however, Twigg would have a gold medal to sustain her during her two weeks in managed isolation. 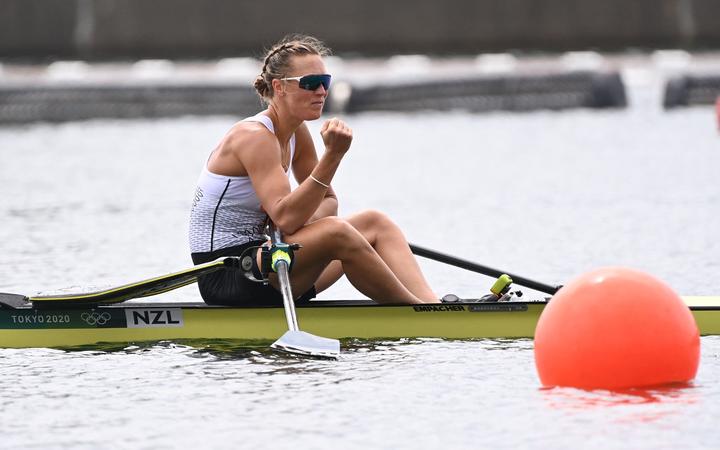 'A lot of sweat and tears'

Speaking to Checkpoint on her way back to the Games Village on the team's bus, Emma said it had been a phenomenal day.

"We're all just super happy and looking forward to coming back to New Zealand to celebrate with everyone else."

The gold medal was payback for "a lot of tears and sweat" over last few years, "20 years of graft" had gone into her career at the top level.

"There have been some moments when I've really doubted myself," however, her support team had picked up her spirits and made her believe she could do it. 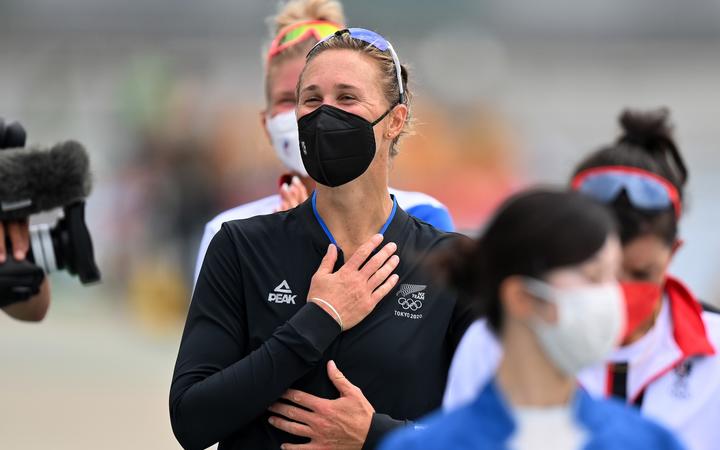 Twigg felt a sense of calm which was a point of difference from past Olympic campaigns, she said.

She had decided she needed to stamp her authority on the race early on and make a point to her main rival, Russian sculler Hanna Prakatsen.

She carried her wedding ring around her neck during the race and paid a tribute to Charlotte who she said had given her a different perspective on life.

It was special that the two runnersup picked her up after the medal ceremony as a tribute to her victory - a tradition borrowed from their male counterparts.