Plan for smaller stadium in Christchurch has huge risks - councillor

Christchurch is getting a stripped-back version of its planned indoor stadium, but the budget-friendly pick could cost the city in the long run.

The initial plan was for the indoor stadium to have 30,000 seats, but councillors voted to reduce it to 25,000 seats to keep a lid on costs.

It was estimated the original design could run $88 million over budget. Some Cantabrians think scaling back could be short-sighted.

Christchurch councillor Yani Johanson told Checkpoint he voted against the reduced stadium as he believes there is huge risk with the project.

He said the costs of bidding for top tier sports matches like an All Blacks game are an unsustainable burden on ratepayers.

"Even with the reduced scope, I still fundamentally feel that the location was wrong.

"The money, the budget blowout for what was proposed is significant: $130 million.

"The most sensible thing to do would be go back to the drawing board, build it back at Lancaster Park, realise the value of the land develop it into housing, which would equally create a central city vibrancy. We want people living in the central city.

"Then we could have afforded to build a stadium that had a decent capacity."

Johanson said the underlying problem has been in Christchurch where post-earthquake several big projects have incurred huge costs where the government has put public facilities on private land. And the stadium is one of those projects.

"I just don't think you can justify the huge cost that's attached to this. When you have actually a location that has worked well, historically, and you can still get vibrancy in the central city.

"Fundamentally we do run the risk, given the way in which professional sports is going in New Zealand, that you've got an increasing call on ratepayers in various cities across New Zealand to build bigger and bigger stadiums, without any guarantee that the All Blacks will play.

"Because we're also asked, after we've spent a huge amount of capital, to put in huge bid incentive funds. And whoever gives the biggest bid incentive to NZ Rugby ends up with the matches.

"So even if we build a big stadium, there is no guarantee we will get those tier one All Blacks games that people want.

"I think fundamentally a professional sports system in New Zealand that relies on councils, and ratepayers continuously being asked to take out ever-increasing loans to build bigger stadiums and to pay the operational cost, subsidising extraordinary player salaries, is a completely unsustainable model," he told Checkpoint.

"It needs a coordinated approach across the country." 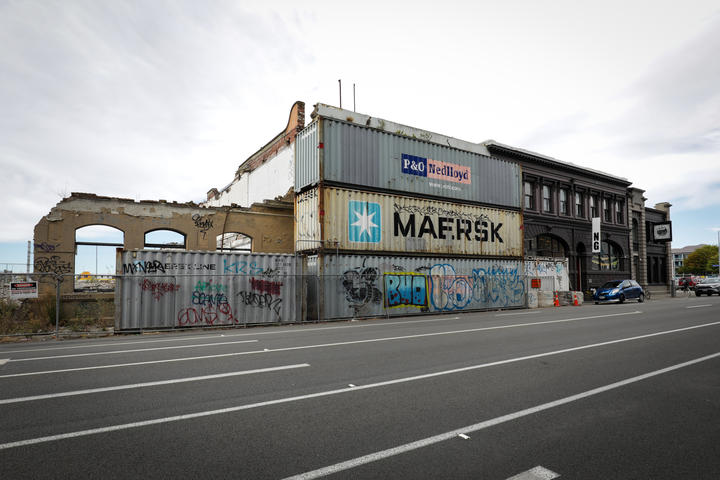 He said the key point taken from Thursday's Christchurch City Council meeting was that spending $130m on a bigger stadium, and not spending that money on incentive bids, would not be a prudent investment.

"You have to recognise that you might be lucky to get an All Blacks game if you can get one… every year if you're lucky, but more likely one once every two years.

"You always tend to see with these big projects is the over-estimation of the benefits that accrue to justify the extraordinary cost attached."

The situation where smaller stadiums are having to pay higher incentive bids to host a top tier game is going on around New Zealand, Johanson said, and is essentially holding ratepayers to ransom.

"I think it speaks to the problem of the financial unsustainability of the professional sports model in New Zealand.

"You need a coordinated approach with central government. Clearly there needs to be a national strategy around major events in New Zealand. We are a country of 5 million people, and to have every city competing against each other, again it's just completely unsustainable in the long run.

"If I had my way I would absolutely expect a guarantee from NZ Rugby about a certain number of matches, of certain tier games.

"I don't see any reason why NZ Rugby should not make a commitment to Christchurch.

"We have been through the most extraordinary decade of disaster and tragedy. We still have massive challenges.

"The idea that ratepayers should be funding professional sports and gold-plating the city at a time when we have huge pressures on doing the basics, is something that I find really challenging.

"It would be nice to think that NZ Rugby would give a firm … guarantee of matches. I think would be the fair thing to do."