Vegan cheeses go under the knife in Auckland competition

Whether it is melted in a toastie, on top of your favourite pizza or piled onto a humble cracker - Kiwis love cheese.

But what about a dairy free version? Over the last few years demand for vegan options has skyrocketed.

Now, the first vegan cheese competition has been held in Auckland - and it looked like your average cheese and cracker situation, but different.

Dozens of plant-based cheeses from around the country were plated up for judging.

Vegan Society national co-ordinator Amanda Sorrenson explained the ingredients behind them - from a take on a classic cheddar or brie to smoky and spicy.

"They can be made out of anything from kumāra, to macadamia nut, cashew nut and they've got a really lovely component of fat in them for a really nice cheesy mouth feeling." 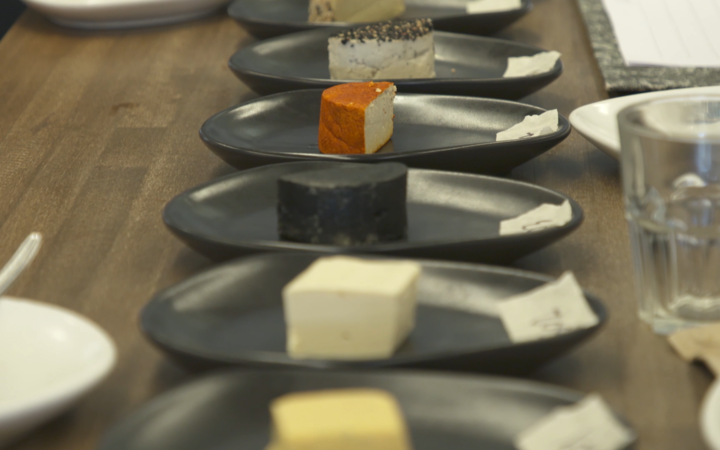 A line-up of some of the competitors. Photo: RNZ / Nick Munro

There were even vegan fetas and cream cheese. But it had not always been that way, Sorrenson said.

"Only 10 or 20 years ago vegan cheeses were made out of soy exclusively and they had a flavour a lot of people would complain about." 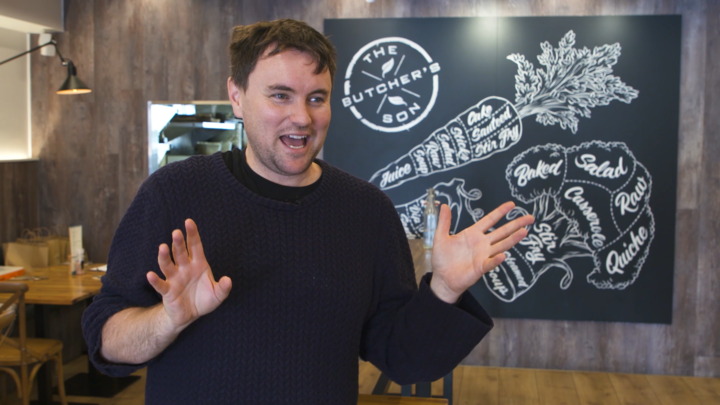 Judge Tom Sainsbury said cheese was one of the hardest things to give up when he became vegan six years ago.  Photo: RNZ / Nick Munro

Comedian Tom Sainsbury was part of the judging panel.

He has been vegan for the last six years and said cheese was the hardest thing to give up.

"I think cheese was the ultimate one, the vegan meats and things and the pies and pastries they kind of clocked on how to do that early on. I think cheese is the pinnacle, cheese is the top, the holy grail that we needed to overcome, I think we've done it."

Though he admitted after three hours munching - he may have overdone it.

"It's because cheese is obviously rich so I'm feeling very not quite nauseous but if I had to do another hour I think I'd tip over the edge."

Vegan products were new to long-time food and beverage industry judge Aaron Pucci - and he was impressed.

"I work a lot in dairy so it's good to see the vegan counterparts coming up with their products and they're not only trying to copy traditional dairy recipes and textures and flavours they're branching out and doing their own thing which is great  to see." 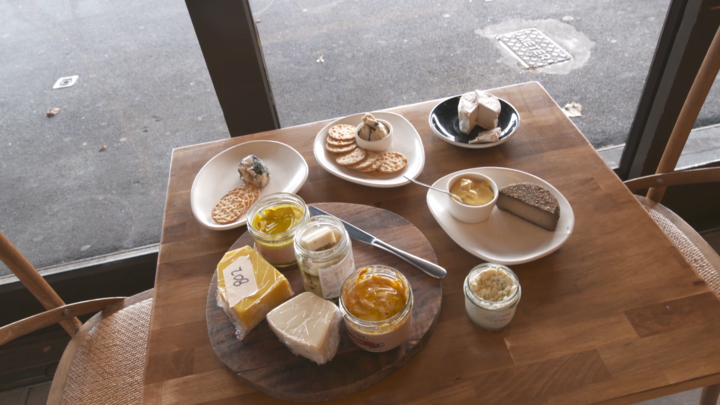 It may have looked like standard cheese and crackers - but things were a little different here.  Photo: RNZ / Nick Munro

But could you really tell the difference and could we call it cheese?

"When you're used to dairy products you can totally tell the difference but that's okay because they're good in their own right and their own way.

Though some did look different to their dairy-filled twins - the colour put some people off. 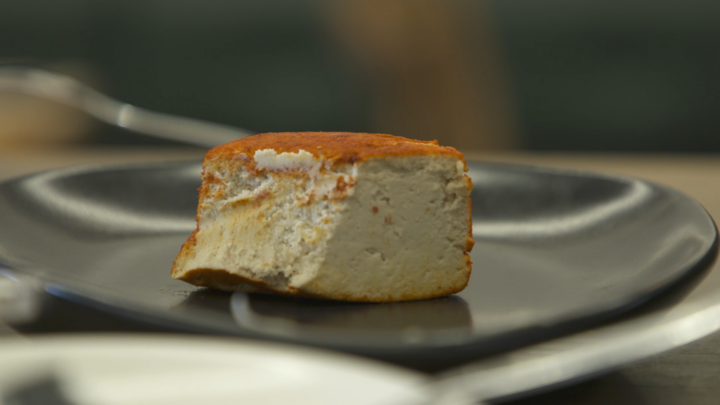 After hours of blind sampling and scoring on flavour, texture and appearance - the points were being tallied up.

A winner would be declared in each of the nine categories - and an overall winner who had mastered all types of cheese.

There have already been competitions for the best vegan snag and pie - after cheese there were whispers that ice cream could be up next.