A defunct Auckland company which received nearly $15 million to house the homeless now owes the government tens of thousands of dollars in wage subsidies and tax payments. 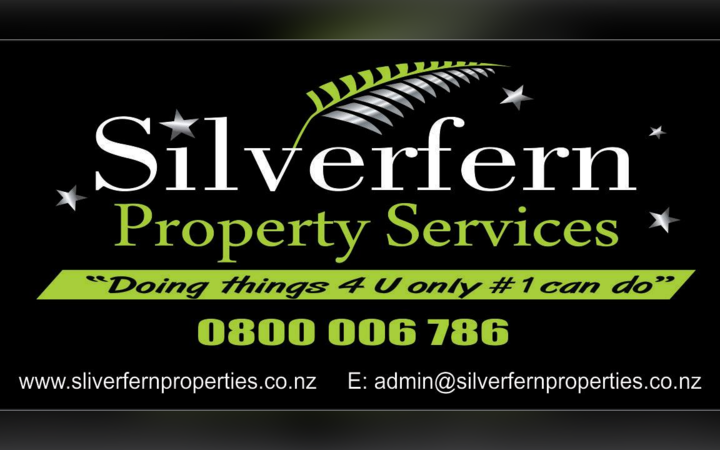 Silverfern Property Services is in liquidation after claiming $14m in emergency housing payments in 2020. Photo: Supplied

Silverfern Property Services (SPS) was placed into liquidation in May, after receiving more money than any other emergency housing provider in the country.

In emails released to Checkpoint by the Ministry for Social Development, SFP describe themselves as running an 'AirBnB business' giving shelter to needy families, going above and beyond to look for houses for homeless whānau.

And until last June, they did provide accommodation - taking Emergency Housing Grants from the Ministry for Social Development to put people in private rentals in Auckland. 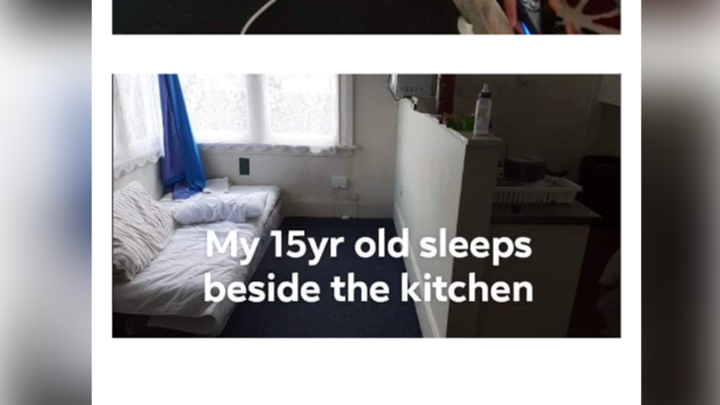 But those who stayed there have a very different take on the places they found - including Rosemary Wharewera.

Wharewera and her two boys lived in emergency housing for two years and during that time were placed in three Silverfern properties.

There was the freezing sleepout - with its broken windows and damp bedding, then another two flats which were next to each other, one of which had no lock on the back door.

"My two children, that were 15 and 13 at the time, were woken up to somebody standing in that kitchen drugged out, asking for the old tenant. And then when I contacted Silverfern's property manager, he turned around all he said to me was, 'tell him to leave'."

MSD was paying $2800 for the properties, which Wharewera said were not fit for a dog to live in.

But her experiences are a far cry from the picture painted by Silverfern Property Services in emails released to Checkpoint, in which the company tries to lobby the government - and Prime Minister Jacinda Ardern directly - to keep housing the homeless.

After MSD stopped using private rentals for emergency accommodation last year, Silverfern's director Zubeen Andaz wanted to know why her business had been cut off, describing the efforts they went to to reach families and the weekly inspections they carried out.

She said her properties were not taking away from rental stock as their homes were waiting to be sold or redeveloped, and questioned why houses sitting idle for six months shouldn't be used as shelter - and included emails from two clients who said they were grateful for the accommodation Silverfern provided. 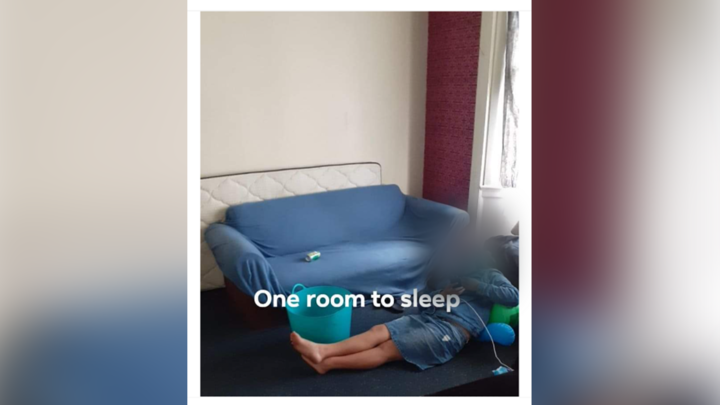 Silverfern's email to Ardern states: "being a proud citizen of New Zealand, I couldn't see our people on the streets, or in cars with their children."

Silverfern Property Services was at that time receiving an average of $2255 per client, each week from the government.

Government responses to SPS confirm the change in policy to stop using any private rentals for emergency housing - and said this was not specific to Silverfern.

Social worker Alastair Russell visited several of the places Silverfern put people up in and said they resembled construction sites.

Silverfern received more money than any other emergency housing provider in the country - $14.7m - but because MSD does not contract motels/suppliers of accommodation, there was no formal agreement around its services.

There's no record of MSD doing any checks - they also don't have a list of the addresses Silverfern supplied.

Silverfern went into liquidation in May and landlords and Inland Revenue are among those owed cash. 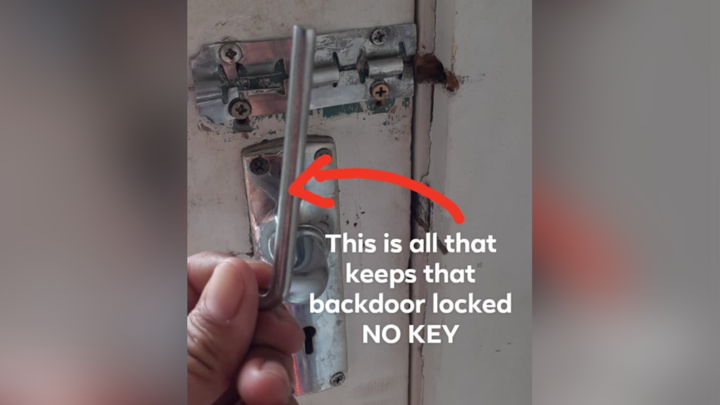 One of the doors at a Silverfern emergency accommodation property, without an operating lock. Photo: Supplied

Emails released to Checkpoint show the Ministry for Social Development also wants $53,000 of Covid-19 wage subsidies repaid - but it hasn't decided whether it will be taking any legal action.

Russell said it was outrageous that so much money could be spent with no checks or balances on inappropriate and substandard housing.

"Who within the ministry actually thought this was a good idea at the beginning - what is their accountability. They should be seriously considering their future employment."

The Auditor General is now investigating MSD's use of private rentals, which is estimated to have seen $38m handed out between November 2017 and June last year.

Silverfern has not responded to Checkpoint's request for comment.