No vaccine, no visit. The prime minister has given the strongest indication yet that unvaccinated travellers may not be able to enter Aotearoa.

At a press conference with Director-General of Health Ashley Bloomfield, Jacinda Ardern detailed the timeline for immunising the bulk of the population against Covid-19.

She remains confident everyone who wants a Covid-19 jab will get one before the end of the year.

"That's exactly as we've expected. You will have heard us talk consistently about the vaccination programme taking us through to the end of the year."

Ardern said the government was confident about the next delivery of the vaccine.

"We're confident based on the conversations we've had with our supplier that the rollout schedule we've broadly set out today will match the supply that we receive.

"The reason we haven't given more specificity is because we will still be working to a four-week notice programme.

"So, broadly speaking, we're confident about those dates, but any more detail than that we are going to have to wait for that four weeks' notice."

Ardern said the government had other vaccine suppliers if there were issues with Pfizer's next delivery, "but there's no suggestion to date that we won't be able to, as planned, fulfil our ambition of having a predominantly Pfizer-based programme.

"We've got a good relationship with the supplier and to date they have continued to deliver as expected."

Dr Bloomfield said the Covid-19 advisory group met earlier in the week to assess the Janssen vaccine, and get more information from the supplier.

"We're expecting there will be a decision by MedSafe around approval within the next week or two and that will then be given to our vaccination technical advisory group to provide advice around the decision to use."

"We're waiting for more information which particularly relates to the manufacturing, because the doses that AstraZeneca is providing for New Zealand are coming from a newer plant which is in the USA. So we're waiting for those data and then we've still got Novavax, the fourth in our portfolio which is on a slower timeframe."

With the goal of New Zealand-wide vaccinations being rolled out by the end of the year, Ardern said government was continuing to assess restrictions on travel, based on what it was seeing internationally. 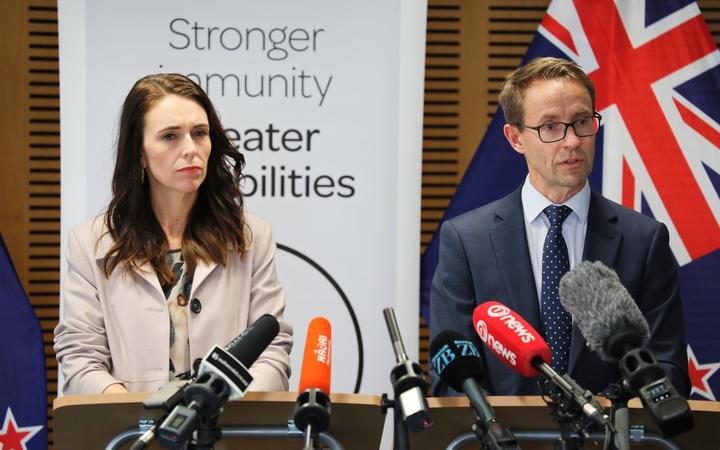 "Helpfully of course there are some countries who are varying up their border restrictions, albeit they don't have the same approach to Covid-19 as us, but they are varying up their border restrictions alongside their vaccination rollout, so that will give us a bit of an indication as to whether or not that can be done safely," the prime minister said.

"I think what we can share for now though, and we are asking our expert groups like Professor David Skegg and his team to go away and consider what a vaccination rollout will mean for the way that we operate our borders in the future."

Ardern said the government had asked for modelling to be done on opening up travel with low-risk countries.

"For instance, if you have pre-departure testing and arrival testing, how does that vary the way you're able to work, and we expect some of that modelling to come through in the near future.

"Having a large proportion of our population vaccinated - as many people as possible who are eligible - gives us the greatest amount of freedom and opportunity. I think it's everyone goal in New Zealand to live without a state of fear that we're going to have another lockdown.

"That does not mean that we're going to have a situation where everyone will be vaccinated and the borders just one day will open. We will need to still have caution around our borders, because of variants and because not every other country will be in the same position as us.

"But if we have as many as possible vaccinated, that reduces risk and it gives us a chance to change the way we do things at our border.

"You'll hear internationally that some of the thresholds people are talking about are still changing quite a bit, and so are some of the models at the border. So everyone is writing the rulebook as we go. The difference for New Zealand is that we've got a different rule book to write.

"So for New Zealand it's about how do we preserve our position whilst having a bit more freedom at the border? I think the idea that any country in the world will suddenly turn off all of their measures at once - I don't think anyone considering that."

Ardern said no decision had been made on expecting people to be vaccinated in order to enter New Zealand. But looking at other nations' border policies, she said a large proportion of countries, particularly in the EU, were requiring vaccinations.

"I think New Zealanders would have an expectation that if they've made the effort to keep themselves safe by being vaccinated, that those who are wishing to visit New Zealand should show a similar sense of responsibility.

"It's becoming a global trend so I think it would be very unusual if New Zealand didn't have some of those requirements."

In Auckland, there have been many reported cases of people trying to book their vaccination online but being locked out of accounts. Dr Bloomfield said people should call their DHB via Healthline to secure their booking if they had been locked out.

"We've put a lot of focus on making sure our national booking system when it comes online has a lot of capacity, because it's great there is a lot of interest and we want to be able to cope with all that interest," he said.

"But to back that up, there will also be an opportunity for people who either are not able to or don't want to book online, or who are having difficulties, they will be able to ring the call centre."

Dr Bloomfield said they had a high level of confidence that the online platform would be able to cope with demand.

"The core system on which it's based is in the cloud, so there's enormous capacity there. It has been also used essentially in California already and has been used to roll out over 14 million vaccinations through that booking system, so we're confident that it will be able to cope with the demand."