Talks are under way with New Zealand's only oil refinery about potentially using the facility to make biofuels. 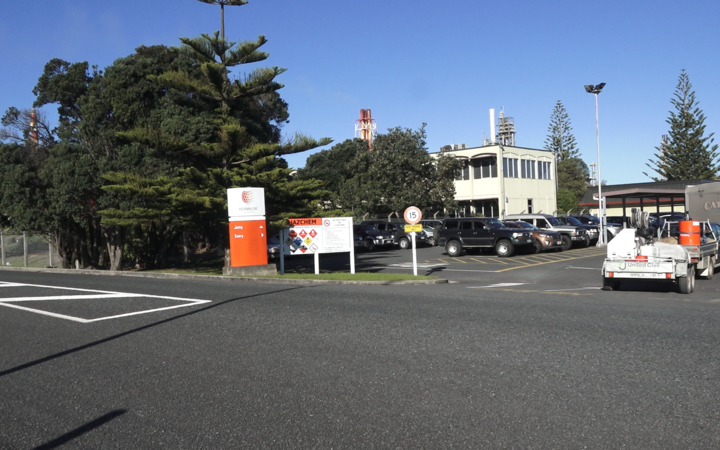 The Marsden Point refinery near Whangārei looks likely to be scaled back to an import-only terminal next year, with hundreds of jobs to be cut.

Workers say that would be a huge waste, with many staff keen to use their skills to make alternative fuels, as part of Aotearoa's carbon zero goals.

The much-needed switch from petrol to lower-emission biofuels was raised again in last week's Climate Commission report - a big boost for staff at Refining New Zealand.

"A lot of the people working there have been innovating and working on the technologies to change out of hydrocarbon to alternates like hydrogen, biofuels, you name it," Aaron Holroyd told Checkpoint.

Holroyd has worked at the refinery for 35 years and is the First Union delegate there.

His job will almost certainly be gone under proposed plans to transform Marsden Point into an import-only terminal, along with hundreds of others.

But as the country gears up for a shift to greener energies, he said the loss of that knowledge - and the facility - would be a huge shame.

"We've spent $750m on equipment for the last 15 years, so we've actually upgraded the refinery. It's not an old antique refinery like some of the Australian ones which have shut. It's actually quite a modern refinery, and we'll still need that hydrocarbon technology for the next 20 years while we transition, for starters."

"The Climate Change Commission advice was that by 2035 at least 5 percent of liquid fuel would come from biofuels, simplistically. And that is a huge amount of volume that is currently not generated today. Now there's a real opportunity for New Zealand – rather than importing biofuels from overseas, we have an opportunity locally to make our own fuel and use it ourselves."

Pooch said the staff were too important to lose.

"If we look at one of the key constraints, in my view, to New Zealand achieving net zero is skilled people who can help deliver the transition we need. And any step that takes us away from that is a backward step."

But some of those workers are already headed elsewhere, with no guarantees about the refinery's future.

"We're losing a few to Australia with the mining and mineral market and the oil and gas industry, after a lull it's picking up in Australia, so they're looking for work there," Pooch said.

First Union has written to Climate Change Minister James Shaw about the issue. The union said there was significant potential to repurpose Marsden Point as a key regional energy generation and distribution hub, and it wanted to know what the government was doing.

"We are concerned [importing biofuels] will likely increase global emissions, as refining is outsourced to other refineries in other parts of the world subject to less stringent emissions standards, as well as other environmental and labour standards," the letter said.

Aaron Holroyd said they could not afford to kick the can down the road.

"Refineries that have shut worldwide, they never start up again, because the moment you leave it, the moment you stop doing maintenance on all that technology out there, it just rusts and goes to pieces.

In a statement, Energy Minister Megan Woods said what happens at Marsden Point was a decision for Refining New Zealand, and future opportunities were best developed in collaboration with locals.

"However, as Energy Minister I would welcome any future economic opportunities in Northland that relate to growing good jobs, while driving down emissions."

Woods also said she was particularly interested in the role the refinery could play in the transition to a net zero economy, such as potential biofuels production.

Refining NZ said it was in active discussions with the government on the issue and was conscious the loss of skills may impact local capability to produce biofuels and sustainable aviation fuels in the future.

Whangārei Mayor Sheryl Mai, who is part of a working group looking at the refinery's future, said biofuel production could be a big opportunity.

"There are many factors that bode well for the development of the site at Marsden Point. We've got interest in renewable energy for the site, it's just a matter of a timing factor, because obviously plans can't be put in place until decisions are made," Mai said.

"But I'm very hopeful for the future."

A shareholder meeting to decide on Marsden Point's fate will be held later in 2021.