No MSD Flexible Funding assistance given in Te Tai Tokerau

A government fund to help whānau living in motels has failed to hand out a single dollar in Te Tai Tokerau - and locals are demanding to know why. 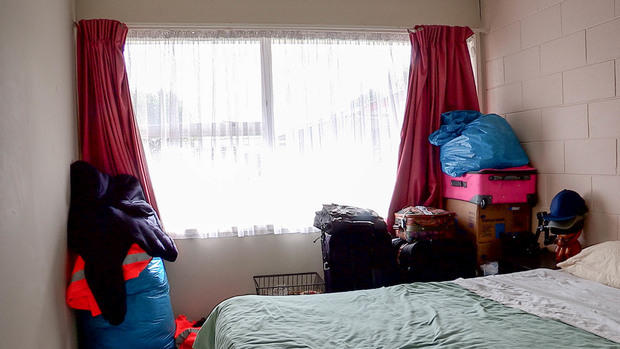 The Flexible Funding Programme was launched last year, and is often highlighted by the government as one way it is supporting adolescents in emergency housing.

Living in motels comes with different expenses: it is often harder to store food, school can be further away, and there is no space for children to hang out or do activities. The Flexible Funding was meant to cover those costs, but documents released to Checkpoint show just $120,000 of the $2.2 million fund had been spent at the end of April, with huge inconsistencies as to where it went.

Waikato got $97,000, but Auckland got $4500. The Northland, Central and Wellington regions had no money spent at all.

The amount of Flexible Funding Assistance by region, as at 30 April, 2021. Photo: Supplied / Ministry of Social Development

Whangārei man Ngaronoa Hepi, who has been living in emergency housing for the past two-and-half years said he had never even been told about the Flexible Funding assistance.

"I'm getting pissed off actually - here's them telling 'nah, nah there's no money there for you to be able to do that' and then I hear about this.

"What is happening to that money eh? Coz we aren't seeing it."

Hepi lives with his three school-aged children and said he had struggled getting them to school with ongoing vehicle problems.

"I only just picked my van up a week ago. I've had no vehicle and it's been a bit of a mission. I asked for help but they said it wasn't there for me so I took it on the chin and carried on."

The Ministry for Social Development (MSD) put the lack of spending down to a slow start in the programme and said there had been a massive uptake in recent weeks.

MSD general housing manager Karen Hocking said staff were getting more confident with how flexible they could be with the funding.

She said it had been used to fund swimming lessons, after-school programmes, gymnastics classes and to cover various other costs.

While funding had increased in almost every region, Northland still failed to get any money.

"I can't tell you exactly why there has been no funding go out the door in Northland, and nor could I tell you whether any clients requested funding, or it has been declined," Hocking said.

'No excuse' for not spending fund

155 Whare Awhina and Community Law chief executive Liz Cassidy-Nelson, of Ngāti Kahu o Torongare, Ngāti Hine, Te Kapotai, Te Mahurehure, said that was unbelievable - and she could only assume that MSD was trying to save money.

"The money was allocated for a reason, there is no excuse and no defence for not spending a single cent in Whangārei, or Tai Tokerau - no excuse."

Her organisation works with hundreds of homeless whānau, and she said the need for funding to help was massive.

"I'm hugely disappointed for our community, that are barely surviving and are in emergency homes on a Special Needs Grant, and we're not supporting their wellbeing in terms of this funding - that's why it was allocated, and here's the opportunity to make a difference."

Hepi said the money would have made a big difference for his family but for now, he was focused on the positives.

He and the children finally have a place to move into in the next few weeks.