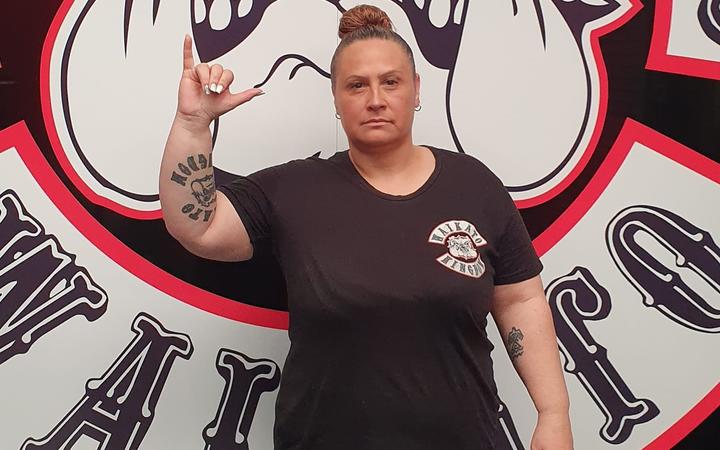 The trio were arrested on Monday, along with 35 others, following 37 police raids as part an FBI-led operation.

Operation Trojan Shield has netted hundreds of alleged criminals across the globe after they were caught using a messaging app secretly created and monitored by law enforcement.

Paula Ormsby is a member of Waikato-based Mongrel Mob Kingdom and leads its first women's chapter.

Police say three Waikato mob members are implicated in Operation Trojan Shield, despite the chapter insisting it's not involved in drug dealing.

"As conflicting as that may sound, Waikato Kingdom or Mongrel Mob Waikato, we have got an absolute no tolerance around methamphetamine, around drugs," Ormsby told Checkpoint.

"Those three members have acted as individuals. They aren't and haven't followed the leadership, which is no tolerance to drugs. And unfortunately, we can't micromanage what every member does, very much like the police," she said.

"The police have had multiples of their own officers charged, from rape to drug dealing to manufacturing, and yet that still happens within their organisation," Ormsby said.

"We have done for years now, we do all kinds of courses, delivering to members around the harm of methamphetamine. Everybody knows our stance against it. We've got our own internal processes for dealing with anybody that may have addiction problems."

She says the gang's stance has been clear.

"I guess it's like the police… how they get on top of it is the garden gets weeded.

"We see that in the same process… how else would we have known unless it's been brought to our attention? Funnily enough the police have weeded the garden for us."

Ormsby said the gang's leadership had no idea the charges were coming until a number of raids happened.

"I couldn't care less what anybody else thinks because we are making changes within the Mongrel Mob.

"There has been a shift in paradigm and there's always going to be skeptics out there, but we know the difference. You just have to look at the statistics around the amount of our members that are incarcerated - compared to the Mongrel Mob as a whole [we're] very low.

"Our suicide rates are low, our family violence is low, and that is because we have done so much work around addiction, around healing, around decolonising mindsets. We've been working on this productive, constructive approach."