Midwives are asking for stricter limits on the amount of polluting nitrates allowed in people's drinking water.

It was in response to new research showing the risk of premature births could increase dramatically when amounts of the chemical climbed to less than half of the current safe limit.

The Stanford University study found the chances of a baby arriving anywhere between nine and 20 weeks early, shot up by 47 percent when there were just 5mg of nitrate-nitrogen per litre of water.

The current safe level here and around the world was twice that, at 11.3mg.

The drinking water at Kylie McEwen's mid-Canterbury lifestyle block was in the danger zone identified in the research, being at 6mg.

She gave birth to her second child last Sunday. The next day, the new research hit the headlines here.

In some ways, she was glad she did not know about the risk the water from her private well could potentially be doing to her unborn child, because the stress would have been too much to bear.

"Thankfully, I didn't have a preterm birth. And even though I was on this property, when the nitrate levels were at 6mg for my previous pregnancy, that wasn't preterm either. So [I'm] quite happy to have missed that," McEwen said.

"I suppose that's really concerning ... just how quickly damage can be done by the nitrates, because if your gestation's less than the full term and it's still having those sorts of outcomes, and we plan on being here for decades. So what does it mean for us and my kids growing up?"

Having just given birth for a second time, decisions about a third child were a long way off being made at the moment.

But knowing what she now knew, Kylie said if she did decide to have another baby, she would not be taking any risks and would be using bottled water instead.

"If needs must, then that's something we're going to have to do, but it doesn't align with our lifestyle here.

"We're a rural property and look after ourselves and that sort of thing and to say, 'I'm sorry, your water's not at a standard that it's drinkable, you need to go down the road and pick up bottles of water for yourself and your family', that's not quite right."

With her elderly parents also living on the property, there was the added worry of a potential link between nitrates and bowel cancer.

She was annoyed at the Canterbury Regional Council for treating high nitrate levels in the same way as other contaminants, such as E. Coli, and said while the latter could be avoided, there was nothing she could do to stop nitrates washing in to her underground well from neighbouring farms.

"And so they're not related as far as I'm concerned. While it may be our responsibility to get it tested, I'm not able to really do anything without throwing thousands of dollars at it, or purchasing bottled water." 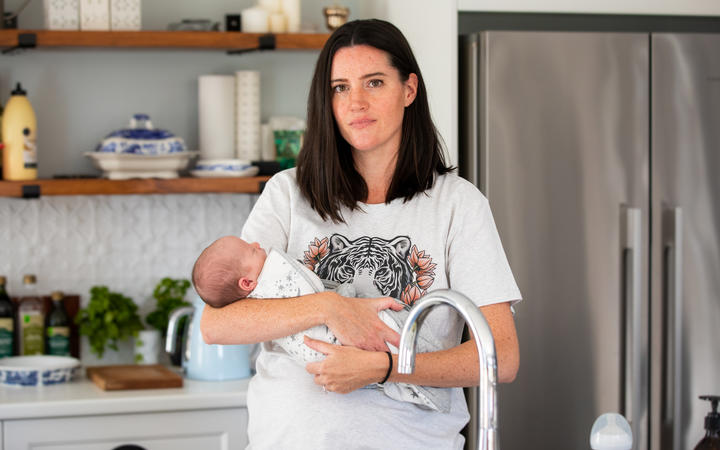 College of Midwives spokesperson Claire MacDonald said a message went out on Thursday to midwives to tell mothers using private wells, used by an estimated 600,000 people in this county, to get their water tested.

"The studies that were undertaken overseas, that have been reviewed by some of our top public health experts, suggest that we should be considering 5mg as the threshold at which pregnant women and also women who have babies who are being bottle fed, would need to look at reducing the risk."

If the level of nitrates in drinking water exceeded 5mg, then mothers with newborns and pregnant women should switch to bottled water.

She said the study showed pre-term births happening as early as 20 weeks when nitrates were high, noting that those born this early were not able to survive outside the womb.

"The earlier the gestation, the higher the chance of complications through the course of life. And that could be behavioural difficulties, learning difficulties, it could be physical health difficulties like lung issues. So there's a whole different range of things that can occur."

Kylie McEwen was reluctant to blame her dairy farmer neighbours for her high readings, and said many of them were making real efforts to reduce the amount of nitrate coming off their properties.

She was encouraged by the likes of the recently announced National Policy Statement on water that set a new nitrate standard of 2.4mg for waterways.

"Because it's not damage that was done yesterday that's causing nitrate levels, it's things that were done 20 or 30 years ago. And then with the increase in farming in the region, it's just got to compound the issue. We're yet to see a peak before we see the decline."

Right now, she would like to see consideration given by farming giants to paying for expensive nitrate filters, to help fix the problem caused by their cows.

"I don't think I'm being told the full story about how it got this way or what we can do to change it. And I certainly don't think that it's fully my responsibility to reverse the damage that's been done on an individual basis."

The Canterbury Regional Council said high nitrate levels were "the result of over 150 years of farming" and while it had set limits to reduce them, it would take "years" before we saw any changes.

Associate health minister Ayesha Verrall was commissioning a review of the science on the relationship between nitrates and birth outcomes.