A mother looking after her severely disabled son 24/7 could be in line for significant compensation and lost wages after a court ruled she is an employee and her boss is the Ministry of Health.

Christine Fleming looks after her 40-year-old son Justin around the clock. He has Williams Syndrome - a genetic disorder that causes developmental delays, medical complications, and cannot be left alone.

Fleming has survived on a benefit rather than accepting Ministry of Health funding, as that would have left her financially worse off.

Now the Employment Court has ruled she is a home worker having been her son's primary carer since birth, the Ministry of Health knew she was doing the work and her son Justin lacks the mental capacity to employ her, so the Ministry is effectively her boss.

It means Fleming is entitled to lost wages, holiday pay and potentially other compensation.

"The employment court has been asked to look at the conduct of the mother in this matter, who provides a very high level of disability support and care for her adult son," she said.

"And the courts have said yes, she is."

It is a significant move, Carrigan said, as there is not adequate support for family carers of those with severe disabilities.

"The government seems to think that they fling a little bit of money at you, you're happy. But it's not just about creating an employment relationship, it's about asking the government, please… look at what you're doing to people." 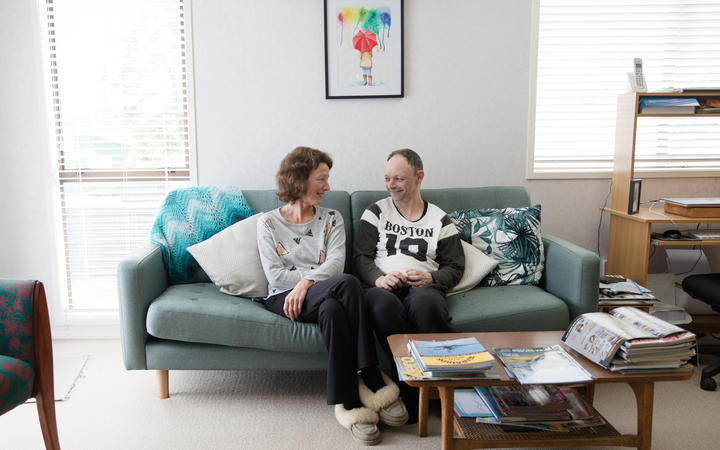 Fleming had rejected the Ministry of Health's initial offer as it only paid for 22 hours a week, which would have left her worse off than she was receiving the Supported Living Benefit.

"The fact of the matter is, in order to get the benefit you're means tested" Carrigan said. "So in order to get the $325 a week … you have to show you are caring for someone 24/7 and that your care and support is keeping that person out of a hospital or residential care.

"My belief is that this decision has the capacity to meaningfully change lives."

Dana Cocks is Justin's older sister. She told Checkpoint the family is trying to get their heads round the decision, but it is a relief to get some recognition.

"Talking with the lawyers today they're pretty stoked. I feel that mum has won her argument which is absolutely fantastic," Cocks said.

"For us that's awesome because it just proves us that someone's actually listening… For them to finally acknowledge today that mum shouldn't be employed by my brother is just massive."

Caring all day every day for a person with a disability is not easy, she said. "Justin is capable in certain areas, but it's the areas that he's not capable in… It's like looking after a four-year-old.

"He has toilet issues that he needs assistance with, his balance, his physical side he needs care with

"For Justin to try and work out how to turn a jug on and the heat factor - you wouldn't ask a four-year-old to do that, you can ask Justin."

Fleming is therefore almost constantly behind her son to support him, Cocks said.

"She has to put Justin first. I got to grow up and I got to leave home and go and live my life and my mum never got to have that with Justin, so what she has done with him has been 100 percent dedicated her life to him."

Cocks said her mother cannot simply go to the shops or have lunch with a friend, as she cannot leave Justin at home, unless she organises care assistance.

"Very difficult to get a break, there has been a less and less over the years of support, things for Justin to do.

"She's really involved with him, she's always worked really hard to try and get him into extracurricular activities because once they get to a certain age, education things stop.

"So she's always worked really hard to try and get Justin into a swimming group or a dance group or an art class. And then, little by little, all of those have been eroded away and fallen away for various different reasons.

"Then she managed to get a little bit of respite care in a retirement village which… you've got a 35-year-old young man, and his social situation gets to be with people who are in their 70s and 80s."

"It's constant work. You think if somebody was caring for someone in a facility, they're making their lunch, they're cooking their breakfast, they're doing their dinner, they're washing their clothes, they're helping them bathe, they're cleaning their bums. 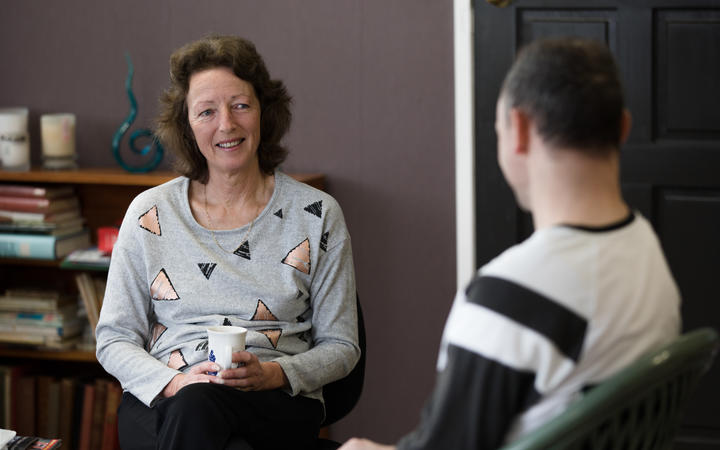 "As harsh as it sounds, it's work, she can't go and leave the house and go and get a job because she has to work to look after Justin."

Cocks said "damn straight" her mother should be compensated accordingly as if her care for Justin had been standard employment.

"If Justin was 18 and normal, could leave home and had the capability to go and do that, she could then go out to full-time employment."

Fleming is stunned by the court ruling Cocks said.

"She's not sure what it actually means yet. It is really complex, there's a lot to look into.

"She's pretty thrilled just even in the acknowledgement that they have said Justin shouldn't be her employer, which is fantastic.

"This is actually just about a small group with high and complex needs, it's not about general disability. And she's not trying to change that. This is just a small group that have fallen through the gap.

"There needs to be a little bit of a different version of support therefore and stop trying to put everybody into one box. So it feels today like that it's been acknowledged, so I think she's pretty happy."