Three people have been critically injured in a stabbing at Countdown supermarket in central Dunedin.

Another person has moderate injuries.

Police say they were called to the Cumberland Street shop about 2:30pm on Monday.

They have taken one person into custody.

Bystander and well-known 'jailhouse lawyer' Arthur Taylor told Checkpoint what he saw from outside the shop.

"It was a beautiful sunny Monday afternoon here in Dunedin and I was just going off to buy some groceries for tonight's supper, just about to go into the countdown on Cumberland Street.

"The police station's right next door, in peels a police car with all the bells and whistles going, red and blue lights flashing, siren going. I thought, 'Jesus what's going on here?' because thoughts came immediately of my past life. 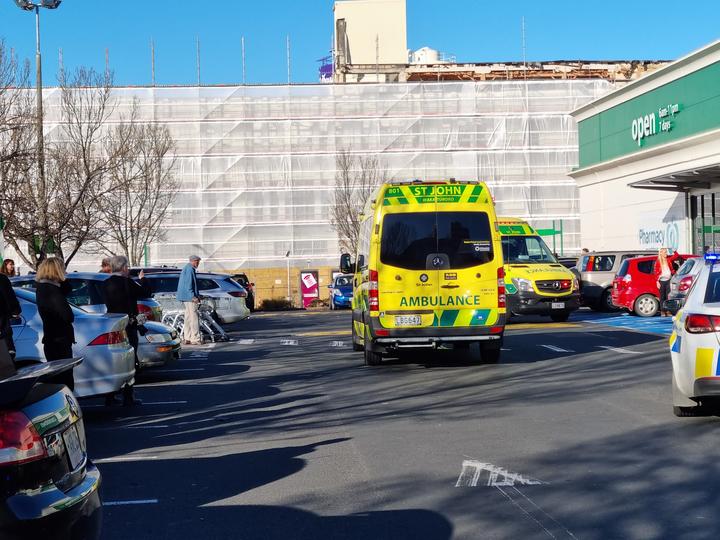 "More police cars kept arriving, ambulances, they took a guy out covered in blood, apparently not his own blood. Carted him off somewhere."

He said he only caught a glimpse of the man, as police were moving bystanders further away in the carpark.

Taylor told Checkpoint he could not hear what the man was saying, from where he was standing.

"I saw two people on stretchers taken away in ambulances." 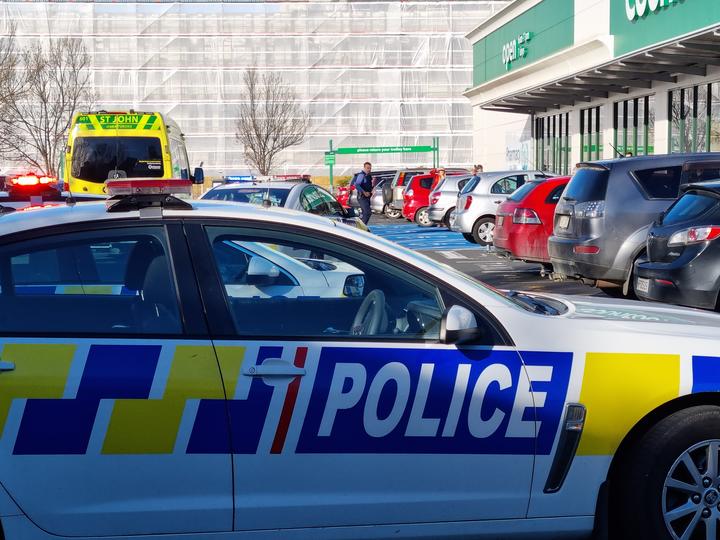 He said he could not see if the whole supermarket had been evacuated, but could only see police and St John staff entering and exiting.

A supermarket worker who got out thought it was an attempted robbery, he said. 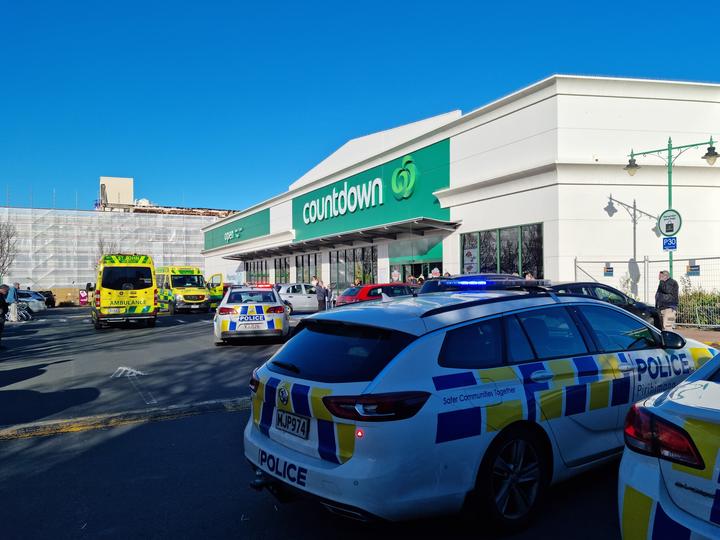 "He was absolutely in shock, I actually helped the poor guy sit down and tried to calm him a bit.

"I go shopping in that supermarket all the time, they're really good staff in there. Very helpful."