A single mum who has waited five years to get into public housing is now paying hundreds of dollars in double rent as Kainga Ora charges her while she wraps up her private tenancy. 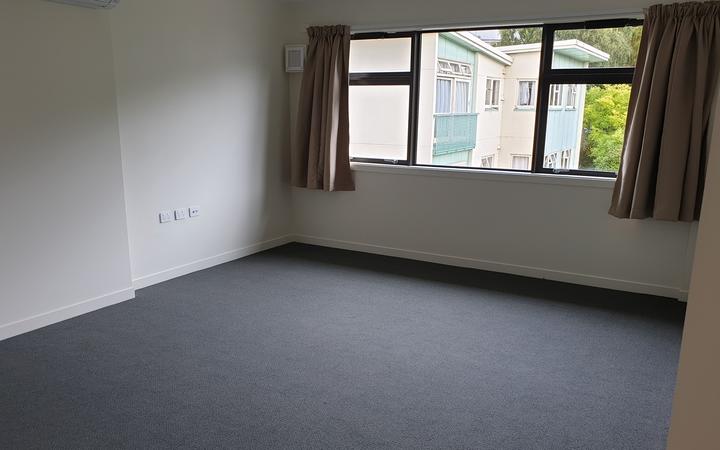 The situation is being described as "crazy" by one social worker, who says bureaucratic nonsense is getting in the way of helping our most vulnerable whānau.

The woman, who did not want to be identified, moved with her son six times over the past five years as they struggled to find somewhere affordable.

When they finally got the call that they had been given a public housing place this year they were relieved.

It put them in a bind - they have got to see out their notice period at their private rental - but Kainga Ora wants them to start paying rent on their new place immediately.

The overlapping rent issue was compounded by the fact the 24-year-old was no longer eligible for the Accommodation Supplement or Temporary Additional Support because she was now accessing social housing.

Social worker Alastair Russell said despite being there to help people who were struggling financially, the woman's move into public housing was slashing her income and a creating a debt to a supposedly "socially responsible" landlord.

"Having to pay two lots of rent, and having their income reduced because as soon as you access a Housing New Zealand property and are paying an income related rent, you're no longer eligible for an accommodation supplement or temporary additional support," Russell said.

"Your income drops as the same time that your costs increase - this is crazy stuff."

He said it was a bureaucratic nightmare that made no sense, and Kainga Ora should accept that tenants would be unable to pay double rent while a private tenancy wrapped up.

Or, the Ministry for Social Development (MSD) should continue to allow housing grants to cover that time.

"Both the government agencies are in the business of supposedly supporting people who are in poverty - their responses, their actions, their policies should acknowledge that people are in poverty and they should not make that poverty worse."

Russell estimated hundreds of people could be dealing with a similar situation - although those moving out of emergency or transitional housing would be exempt.

In a statement, Kainga Ora director of practice and customer contact Shannon Gatfield said customers with overlapping private tenancies were not common.

"In fact, most of our customers are looking to get into their home - and away from often unsuitable or temporary housing arrangements - as quickly as possible. This is why we typically begin a tenancy at the earliest practical date after a tenant has been matched to a home," Gatfield said.

"Typically when an overlap of tenancies happens, we encourage the customers to talk to MSD and their outgoing landlord to see what options are available."

The woman's landlord was not willing to forfeit her rent, and while MSD has been able to grant her two weeks rent in advance, she will have to pay it back.

That repayment rate is $2.50 a week, meaning Jane will finally pay off the $244 debt she's incurred from one government agency to pay another in 97 weeks.

Kainga Ora said it was looking at how it could avoid situations like the one this mother was in, while acknowledging that keeping a home empty for weeks was something to avoid.

UPDATE: Kainga Ora disputes some versions of events regarding their discussions with the woman.

Kainga Ora says it spoke to her about the issue of double rent and the possibility of delaying her tenancy start date, and was assured she wanted to go ahead with the timetable outlined.

However, the woman told RNZ she stands by her version of events.