UK publicans resistant to Johnson's 'no jab, no pint' idea

In the UK, a "no jab, no pint" plan has fallen flat with some publicans.

Prime Minister Boris Johnson floated the possibility of banning people from pubs unless they could produce a Covid-19 vaccination certificate, once the nationwide rollout was complete.

Some bar owners however did not want to be the Covid-19 pub police.

"You never really know from one minute to the next with this guy," Brixton publican Jimmy Duke-Evans told Checkpoint.

"It seems they're looking at the idea of saying to people 'you better get your vaccine jab because otherwise you might not be allowed into the pubs, without having a vaccine passport or a certificate of being jabbed'.

"I think part of what they're trying to do is to get the younger people who are a bit less arsed to do this - like, the oldies are kind of on board with it, my folks have had both of their jabs now which is really good because my old man is 90 next year and my mum's 80 next year - but apparently the younger ones are not really feeling it quite so much.

"So it seems like Boris is saying 'how are we going to get these guys to do it? Let's tell them they can't go to the pub, unless they can prove that they've had it done'.

"If they're putting the responsibility for all of the awkwardness and all of the arguments that will come from it, from loads of stupid, dumbass Covid deniers …  if we're the ones that are on the door doing it, tiny little places are not going to have the budget for the security people to be able to do this.

"It's just foisting something onto publicans, whereas, if the government were really so serious about it and they really needed that result then they'd make it a mandatory vaccination. 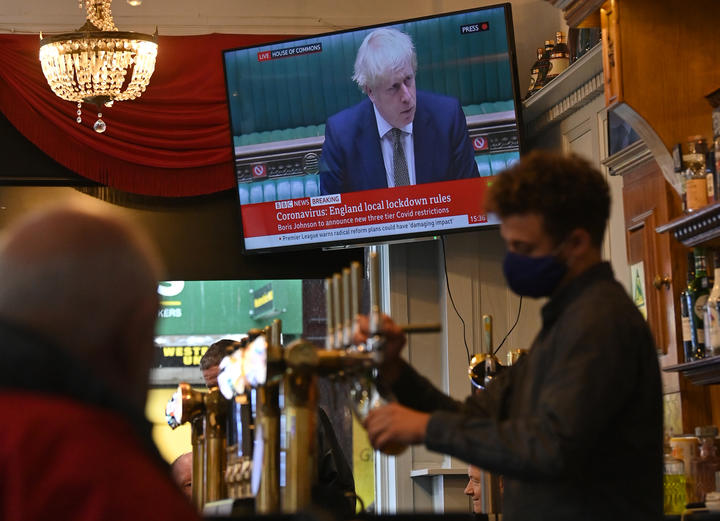 He said he thought it would have to be an 'at the door' thing.

"If they're already indoors in an environment where it could work could spread potentially more rapidly, then that can't really happen.

"So this is going to be queues of people who are potentially all queuing together, maybe not socially distanced, with security people on the door, probably.

"It's our calling to entertain people and to do it safely, and to work within the rules in order to make things to make people's life a little bit happier and a little bit easier.

"If the government needs people to be vaccinated in order to do it, it's not really fair to put it on small independent publicans in order to force that conversation, because there are a lot of dumb people out there that are not keen on following the rules, or have no interest whatsoever in protecting themselves or their families.

"And they're also, coincidentally, exactly the same people that are really, really argumentative at the door of your local pub."

Duke-Evans said his bar had been basically dead for a year.

"We had a little bit in the summertime, where we had kind of a period of a couple of months where we could actually serve people, but there were distancing rules in place.

"People are going to be really excited to get out and about, everyone's got their mental countdown as to when they can get out there.

"Our bookings open next week and we anticipate that the place is going to be absolutely packed."

Duke-Evans had a message for Boris Johnson: "Step aside".