Pfizer Covid-19 vaccine: How it works and what you need to know

As more New Zealanders receive their first doses of the Pfizer Covid-19 vaccine, there are many questions about the immunisation.

Epidemic disease expert Dr Adam Levine, an Associate Professor of Emergency Medicine at Brown University, told Checkpoint the vaccine was a new technology that had not been used in prior vaccines, but had been tested.

"What it does is it basically encodes a little bit of the genetic material for the coronavirus and that genetic material codes for just one specific part of the virus - the spike protein that enables the virus to enter our cells.

"Then when you get the injection of this vaccine, that little bit of genetic material enters into our own cells, and our body's own systems turn that genetic material into the spike protein, and then that material is recognised by our immune system.

"We develop antibodies against that spike protein, and then the next time we encounter it which might be when we're infected with the coronavirus, we have antibodies that can then attack that coronavirus and stop it before it even has a chance to enter our cells and make us sick.

He said it was important to understand that this genetic material, as soon as it entered the cells and turned into that spike protein, would become degraded by our cells - so it doesn't hang around.

"It itself is not enough to actually make a real coronavirus, so it can't infect us with the coronavirus itself."

It doesn't affect our DNA in any way, which is impossible, he said. 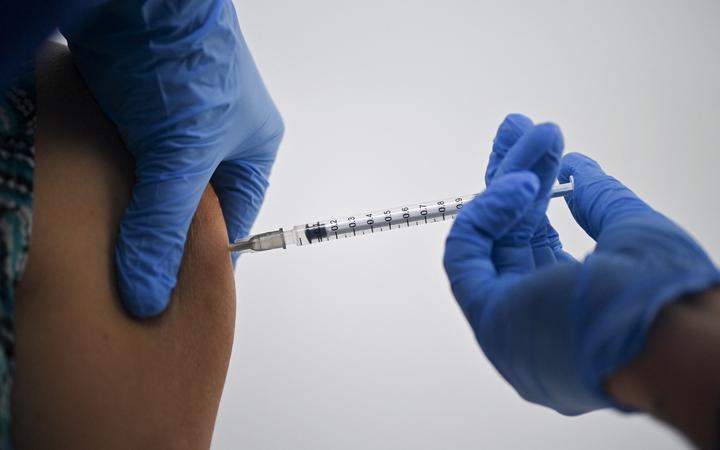 Questions over whether the Pfizer vaccine will stop you carrying and transmitting the virus haven't been conclusively answered. Photo: AFP

"One of the most important things to know about this is that genetic material that comes in the vaccine - it enters our cells, it never enters the nucleus of the cell, which is where our DNA is kept.

"The DNA lives in the nucleus, and this genetic material can never enter that nucleus, so it can never become part of, or interfere with, our own DNA."

There is also no live virus in the vaccine or in most of the others that have been approved for use in humans, to date.

"It actually is just a slip of the viral RNA or the genetic material that makes that virus, and only enough to code for that one protein - the spike protein," he said.

"So it's not actually the virus itself, it's not even enough of the viral gene to code for a full virus."

The Pfizer vaccine involves two inoculations. He said, from observing the studies completed to date, the first vaccine probably gives you about 50 percent protection.

"The second vaccine dose gives you full protection, which is 95 percent protection in the studies done to date.

"That means that your risk of being infected with the virus gets reduced by 95 percent, after you've had both shots."

The safety of the vaccines has also been tested.

"The big trial of the Pfizer vaccine that was done in the United States last year included more than 44,000 people, and they included people who had cancer, as well as some people with kidney disease, with HIV, with asthma, with a whole range of chronic medical conditions," he said.

"As far as we were able to tell from that study, it was safe in all of these different subsets. Really the only major populations that were excluded from getting the vaccine in the study were pregnant patients, patients with a history of severe allergies to components of the vaccine… and also people with severe immunocompromised states.

"Even in those populations we still think the vaccine is probably safe. They just weren't included in the original study.

Although pregnant women were not included in the original study, there was no reason to believe the vaccine was unsafe for those expecting babies, Levine said.

"Since it's been approved for use in the United States and other countries, many pregnant women have been vaccinated with the vaccine, and to date we have seen no evidence that it's any less safe in pregnant women than any other population."

A recent report revealed a pregnant woman received the vaccine and when her baby was born it had antibodies for the virus.

Levine said this was not surprising.

"When a pregnant woman has had that disease and develops antibodies to it, her newborn will have antibodies as well to those diseases, and they usually last for the first few months of life. This does not mean that that newborn is going to be fully protected for life, it doesn't mean that they may not need their own vaccine later on, in fact, they probably will at some point."

There is no certainty over how long the Pfizer vaccine offers protection, but studies suggest six months minimum. 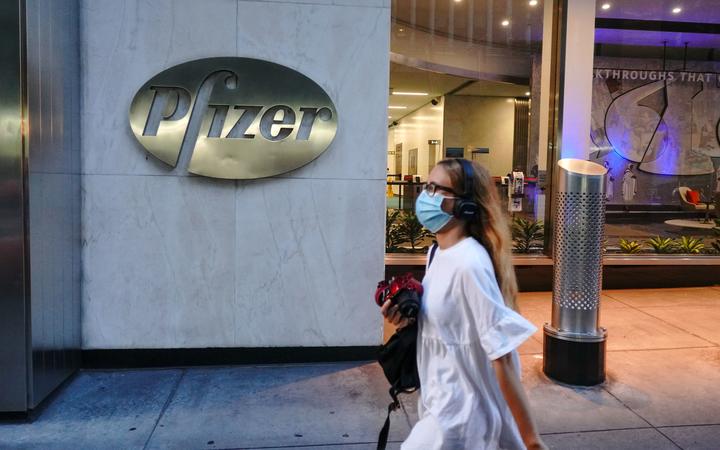 That will depend on a number of factors, one of them being whether the virus continues to mutate and form new variants that might end up being resistant to the Pfizer vaccine or one of the other vaccines.

"We've already seen that in the case of the AstraZeneca vaccine - the South Africa variant appears to be resistant to that," he said.

"It could very well be that this ends up like influenza, where we have to get a new vaccine every year because the influenza virus mutates every year and so we need a new booster shot to meet the new mutations.

"It's not an impossible situation, we do it every year with influenza, there's no reason we couldn't do it with Covid-19. But it's too early to tell if that's going to be necessary or not."

Regarding the potential negative long-term effects of the vaccine, he said it was always theoretically possible that there could be such complications, but that it was known that long-term complications from vaccines from other types of vaccines were very rare.

"So, most vaccines that we have, that we've been able to study for years and years, if there are complications, they usually occur early on after the vaccine, usually in the first few days where you might have some mild or moderate side effects but not usually occurring months or years later.

"So there's no reason for us to expect that is going to be any different for this Covid-19 vaccine."

The worst side effects seen from the Pfizer vaccine has been anaphylaxis, a severe allergic reaction.

"So far that's occurred in about two to five [people] per million people who've been vaccinated," Levine said.

"We do have great data from the United States - over 100 million people have been vaccinated... So we have pretty good data, looking at lots and lots of people, and we know that this severe allergic reaction is pretty rare, so your chances are probably better of winning the lottery than of getting that sort of severe reaction.

"The most common side effects are things like pain at the site of injection. That's something all of us are going to be experienced with from prior vaccines. People will get some fatigue afterwards commonly, and then probably about a quarter of people will get headaches, muscle aches, and after the second injection, maybe 10 to 15 percent of people might get a fever, as well.

"But all of these symptoms will go away in one or two days and people will generally return to normal after that."

Questions over whether the Pfizer vaccine would stop a person carrying and transmitting the virus had not been conclusively answered, however.

There have been some anecdotal reports that people who have long-term effects of Covid-19 have benefited from the vaccine.

"Whether that's real or that's a placebo effect, we don't know yet, that hasn't really been well studied. But it is something that I'm sure people will be looking at in the weeks and months ahead," he said.

Figures suggest somewhere between 60 and 70 percent of the population will need to be vaccinated to reduce  transmission below one, in order to prevent it from exponentially growing in a population.

"Now that of course assumes that that 60 to 70 percent is evenly distributed through your population. If you had one town where it was only 20 percent of the people who got vaccinated, then that herd immunity isn't going to work even if the overall population of New Zealand was 70 or 80 percent vaccinated.

"Similarly if you had one church where a lot of people went who didn't get vaccinated and they gathered together in that church, it could easily spread with even high vaccination rates in the rest of the population. So it's never an exact number.

"In reality, the truth is going to be that the more people in the population that are vaccinated, the less spread you're going to see.

"Are we going to eradicate Covid-19 with vaccination? That's really unlikely. At least not in the short-term, we'll probably still have low levels of Covid-19 transmission, even once a large portion of the population is vaccinated among those who are unvaccinated."

People who had Covid-19 still needed to get the vaccination, although perhaps not right away.

"We do know that Covid-19 infection itself protects you from getting reinfected with Covid-19. But the latest research suggests that it's probably somewhere between 50 and 80 percent protection, depending on how old you are.

"The jury's still out to about whether you need two doses, after you've had infection, or whether a single dose is good enough. But we'll have probably more data about that in the weeks and months ahead."

Levine emphasised that the vaccination program was a collectivist one, and was about protecting society as much as protection for the individual.

"What I hear is people saying, 'well I'm young, I'm healthy, even if I get Covid-19 I'm probably not going to get hospitalised', and that's the wrong way to think about it.

"We need everybody who possibly can get vaccinated to do so in order to protect everyone else in our society."

He also stated he had not been paid by Pfizer and has no financial association with any Covid-19 vaccine manufacturers.