A Waikato doctor wants to know where promised funding for mental health has gone, after it was pledged by the prime minister at his practice. 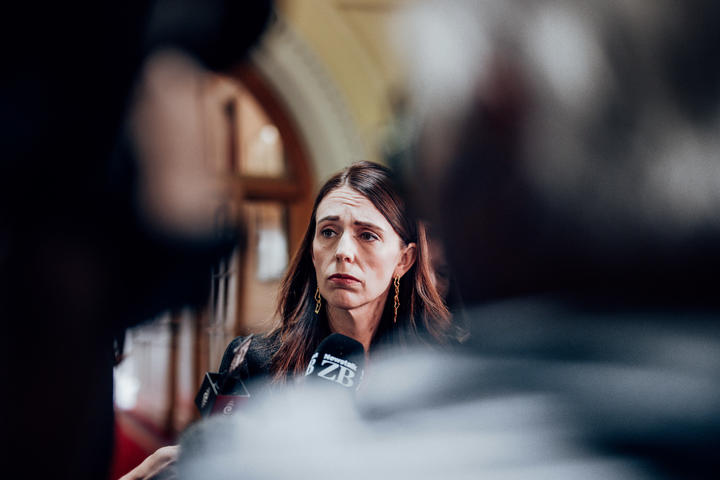 Jacinda Ardern visited Matamata Medical Centre in 2019, in part to discuss new funding for primary mental health care, but local GP Greg Dunn says there is still no sign of the funding.

Dr Dunn told Checkpoint the prime minister had wanted to talk to staff about the government's mental health proposal.

New Zealand Doctor magazine covered Ardern's visit to the medical centre. Tea, scones and issues were all on the agenda, NZ Doctor reported.

But then came a promise from the prime minister.

"It was really telling us about the proposed mental health funding for primary healthcare that the government was putting in place and asking us our experiences dealing with mental health conditions in the community," Dr Dunn said.

Ardern reportedly told Matamata Medical Centre of $455 million for a frontline mental health service. As a result, the centre's directors decided to hire a nurse for mental health support.

Dr Dunn said the practice had been led to believe extra mental health funding was on the way.

"But as the months rolled by we didn't hear of any extra funding, but we continued to employ the nurse, because we saw the benefit of her role in the practice. And to my knowledge, funding has not eventuated into primary care."

There were limited opportunities to refer people to counsellors in the mental health space, because of costs and limited resources, Dr Dunn said.

Having someone available in the same building had been a great benefit, but without government support the cost had fallen entirely on the practice, he said.

Health Minister Andrew Little told Checkpoint the $455m investment was to expand access to and choice of primary mental health and addiction services.

Funding for these services has been given to the Waikato collaborative, made up of the district health board, primary health organisations and non-governmental organisations.

It was the collaborative's job to distribute that funding in the Waikato, Little said.

Dr Dunn said the mental health sector remained under a huge amount of pressure in terms of capacity and finding enough trained professionals.

He said he saw large numbers of patients with mental health difficulties.

"In my work, I would certainly see a goodly number of people with mental health disorders in a normal day."

"It seems crazy that this is the place we're supposed to go for help, and it's so inaccessible."

A Taranaki DHB spokesperson said there was no wait for acute child and adolescent mental health services, but it did have unfilled roles within those psychology services which meant longer wait times for patients who were not acute.

A mental health worker in Invercargill described the Southern DHB's mental health services as inadequate and in a critical condition.

"What concerns me is it's most likely to hit the youth, and we've got an astounding youth suicide rate," she told Checkpoint.

Checkpoint approached the Southern District Health Board for a response to that feedback.