Vero protestors say it shouldn't be needed to get quake claim

A group of Christchurch apartment owners, including one battling terminal cancer, have finally made some progress with their claim on their earthquake damaged building.

The owners of the New Brighton Beachfront apartments have been fighting for 10 years to get their building repaired, and say desperation has led them to take their complaint to the street.

The New Brighton Beachfront apartments was a sparkling new luxury building when Canterbury was hit by a series of earthquake in 2010 and 2011.

Owners say now the building has sunk, tilted and leaks whenever there is a high tide.

It has been a painful, costly process for them to get their insurance claim settled. 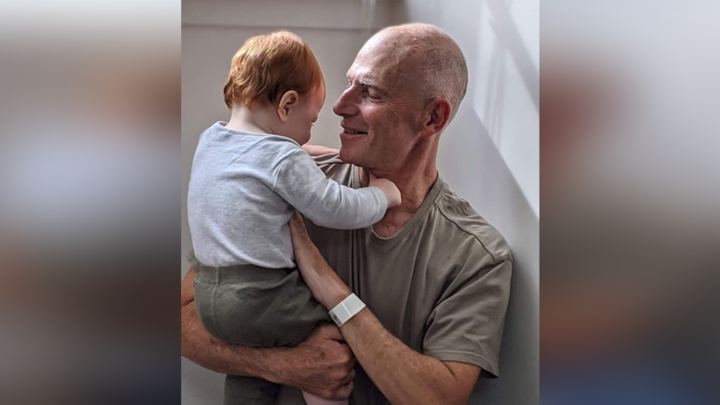 One of the apartment owners is Brian Shaw who is pictured here holding his grandson. He has cancer and is on borrowed time. Photo: Supplied

The process is even more urgent for Brian Shaw, who has got terminal cancer - and says he is on borrowed time.

"The stress that this has added to my wife and my situation and for my family, has just been heart-breaking for us. I don't want to die and leave this situation unresolved. And Vero know that I am ill, they know that my time is limited."

Paula Halliday and her husband had purchased one of the units as an investment property with the aim of making their coming retirement years more comfortable.

"We're now on the pension but we are still having to actually put money into it because the rents that we get now that it's a lesser building don't cover the mortgage and the rates and the body corporate fees and that sort of thing. So it's actually costing us money at the moment."

She said one of the biggest sticking points is the body corporate's engineers say the building needs strengthening to bring it up to building code, but Vero claim the building's issues are to do with poor workmanship and not their problem.

After 10 years of arguing - first five years with the Earthquake Commission (EQC) and now with private insurer Vero, the owners have had enough and today took their complaints to the street outside Vero's central city office. 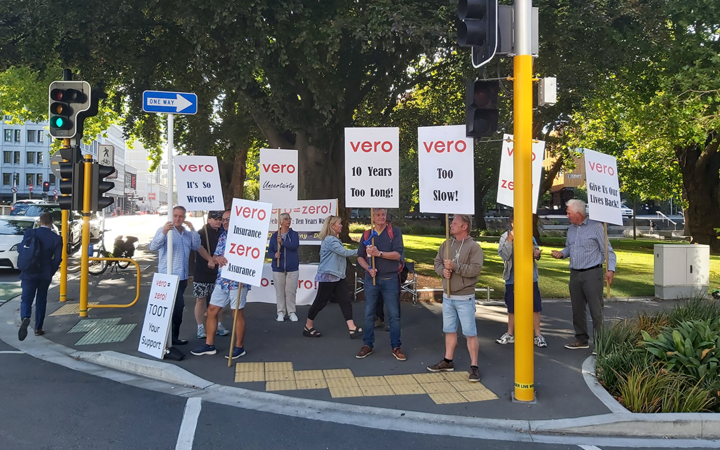 One of those was unit owner Tina Young who said she was not usually the protesting type, but she wants a resolution so she can leave the mess behind.

"Well I never thought I would be protesting to be honest. Completely out of our comfort zone but we've come out and we're protesting. We just want an answer from Vero. It's been 10 long years and we just want to move on with our lives."

During the protest Vero representatives came to speak to the group and agreed to have an independent assessor determine if the building needs strengthening work.

Brian Shaw said that was definitely progress but not enough to resolve the issues.

"Still we're getting meeting delays until April and May," Shaw said. "And that simply isn't good enough, we need something to happen now. This has been 10 years and hundreds of thousands of dollars in legal fees." 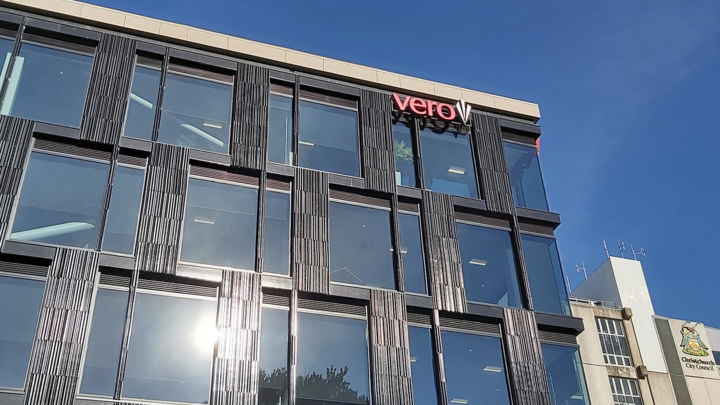 Vero spokesperson Campbell Mitchell released a statement saying Vero is committed to resolving this claim as quickly as possible, and discussed next steps with a representative of the body corporate today.

Mitchell said Vero also approached the body corporate with an offer of mediation.

He said both the litigation and mediation processes require both sides to provide a clear statement of their position, including a scope of works and a proposed cost, and Vero is yet to see this from the body corporate.

With the dispute continuing the property owners plan to hold another protest on the tenth anniversary of the 22 February earthquake on Monday.