Ports of Auckland has been fined more than half a million dollars over an accident in which a young father was killed by a toppled crane. 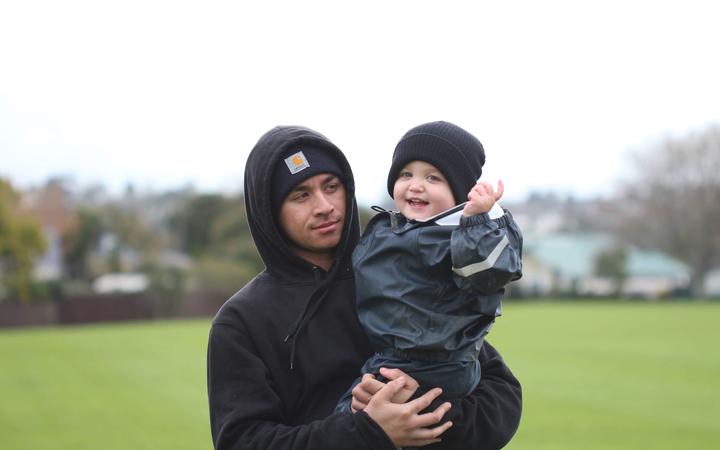 Laboom Dyer who was a 'straddle' driver is pictured with his son, Noah. Photo: Supplied

Laboom Dyer was critically injured after the container loader he was operating fell over on 27 August 2018 and he later died in hospital.

On Friday a judge described the 23-year-old's death as entirely preventable, and a tragedy.

Dyer had been working at the Ports of Auckland since 2015 and became a 'straddle' driver - the eight-wheeled vehicles which sit about 13 metres high from the ground to move shipping containers.

On the day of the accident Dyer had been working a 12-hour night shift, from 7pm to 7am.

Around 3.45am he was instructed to collect an assigned container - but he had already passed the turning point for where he needed to be.

He attempted a U-turn while travelling at 25km/h - the maximum speed allowed by the port - and the straddle tipped over with Dyer inside.

He sustained serious injuries and was taken to Auckland Hospital but died on 2 September.

Dyer was not  wearing a seatbelt at the time and CCTV footage later revealed he had been using his mobile phone shortly before the accident.

Those were both breaches of the port's safety rules. A subsequent WorkSafe investigation found the rules were frequently disregarded by staff.

The WorkSafe investigation also found a lack of training for drivers around performing tight turns - the manufacturer's manual instructed drivers not to exceed 8km/h when driving around a corner with the wheel fully turned.

That information was not included in the manual provided by the Ports of Auckland. 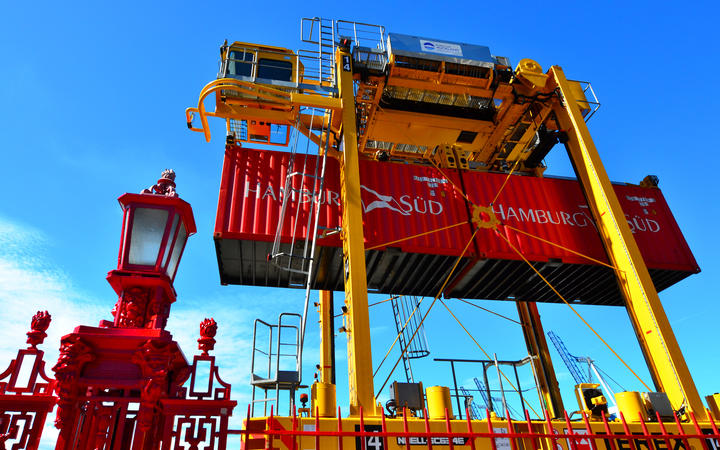 Dyer had also regularly received bonuses for his fast work in moving the containers, despite having one of the highest rates in the company of 'tip alarms' - instances where drivers came close to their machinery tipping over.

Judge Evangelos Thomas said the failures represented a "systemic failure to instil and maintain a culture of safety and to monitor compliance".

"It is aggravated by Ports of Auckland having some previous knowledge about tipping. They also understood that there were concerns in the industry about the bonus scheme and how it was to operate. These things were known to Mr Dyer before his death; the risk of harm was significant; the risk of death was obvious.

"The tragic outcome here was foreseeable. The training provided fell well short of what was contained in the manufacturer's manual; the bonus departed from the industry standard."

Judge Thomas said that was a largely intuitive exercise.

Dyer's death is one of several at the Port in recent years, with the most recent being father of seven, Pala'amo Kalati, in August.

That prompted Auckland Council - which owns the Ports of Auckland - to launch an independent review of health and safety at the port.

The review is expected to be completed early next year.