The government's come under more scrutiny today for skyrocketing house prices - and is not ruling out extending the bright-line test.

Today that discussion focused on a possible extension of the bright line test, but economists say that's merely a distraction and won't solve the disastrous cost and supply issues unfolding.

It's an unsettling figure - and something the government is under increasing pressure over. There were repeated questions in Parliament today over property prices - and the impact the housing market is having on inequality.

Ardern is rejecting responsibility for the problem - today she said it was a scenario being seen around the world.

She said there had been extraordinary growth in the past month - but nine out of 10 countries and economies that New Zealand compared itself to were in similar situations.

"Low interest rates are being used globally to stimulate growth in hard-hit economies through Covid, and members of the public - even in jurisdictions where they have things like capital gains taxes, or their equivalent - are investing in property."

But as accusations fly over who is to blame, solutions remain elusive. 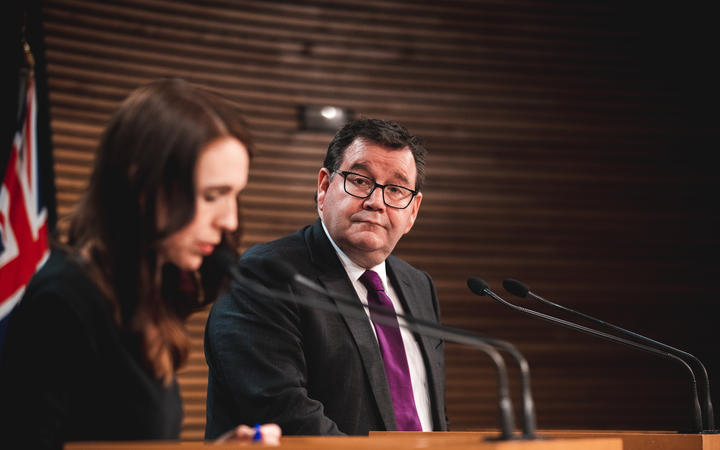 While the public housing waitlist has topped 20,000, Finance Minister Grant Robertson said the government was still on the right track, having built more houses than any other government since the 1970s.

Robertson today confirmed the government had sought advice overextending the bright-line test - which taxes properties if they are sold within five years of purchase - despite previously ruling out an extension.

Either way, economist Shamubeel Eaqub said it would not be the single answer to the housing crisis.

"Issues around tax design are much more about fairness in the tax system. There are many other countries that have capital gains taxes - like Australia - which also have had booming housing markets and just as bad housing crisis as we do.

"It is not a panacea but it is one part of the solution - and in my view a relatively small part of the housing crisis, but a big part of fairness in the tax system."

He said the capital gains tax - or bright line test - were red herrings.

"The policy brings in some revenue, but is ultimately a distraction to the wider issue of housing supply, especially for those who need it."

Wayne Knox, of Waikato, is general manager for national Māori housing advocacy group Te Matapihi, and said high house prices were not new but the current climate was putting the dream of home ownership further and further out of reach for many people.

The housing crisis needed more stock - especially in the right places at the right price point, he said.

"There needs to be more done to enable housing to be developed on whenua Māori - what that looks like is increased investment in papakāinga and papakāinga infrastructure costs."

With the social housing register at record highs, many whānau were in high stress, unsustainable environments - which had sadly become the accepted norm.

"It's not going to change without significant intervention."

Robertson has said he expected to receive advice on the issue by the end of the year.

With Parliament set to rise for the final time in 2020 on Wednesday, time is running out for any significant interventions this year.