Donald Trump's former acting chief of staff Mick Mulvaney says the US President does not like losing, and is unlikely to concede defeat to Joe Biden.

The sitting president has been tweeting up a storm, abruptly terminating his Secretary of Defence, claiming Wisconsin and Georgia are looking good for him, and repeating baseless claims of fraud in the Pennsylvania count.

Mulvaney is now the US special envoy to Northern Ireland. Previously he was the acting White House chief of staff for Trump.

He told Checkpoint Trump's political future would be enmeshed with his business future.

"Many of us expect the president to go into the television business, to start, for lack of a better word what we're calling 'Trump TV' to compete with say Fox News.

"The president figured out a long time ago that there's five or six networks, lying over half of our nation that are sort of centre-left, and one network vying over everybody from the centre to the right. So I think he's going to do that.

"I don't know if that takes him out of consideration for 2024, I don't think it does. I think in fact he might use that as a way to stay relevant through to 2024 and run again.

"The president doesn't like losing, he will not like having this ... hypothetical loss on his resume, and certainly it's very difficult to make the case that you are a great president if you are a one-term president, so I think that the interest he would have in running in 2024, might be fairly significant.

"Don't dismiss the fact he would be roughly the same age in four years as Joe Biden is now, so it's certainly not out of the question."

Mulvaney told Checkpoint he thinks Trump is capable of running for the US presidency again.

"I think he's going to try and figure out where he has more influence and more effect, more power. Is that controlling of a media network, a media empire perhaps four years from now? Or is it going back to run for president a second time?

"Keeping in mind that a win in 2024 would in theory erase a great deal of damage done to that resume, if you were to lose this year. So the president doesn't like losing. He really, really doesn't like losing and I think he likes losing less than he likes making money."

Mulvaney has played golf with Trump many times, but said it was very rare to see the outgoing president lose on the course.

"I never beat him, which is interesting to me, and everybody always asks me if I let him beat me. And I was quick to point out that Donald Trump doesn't hire people that let other people beat them at anything. 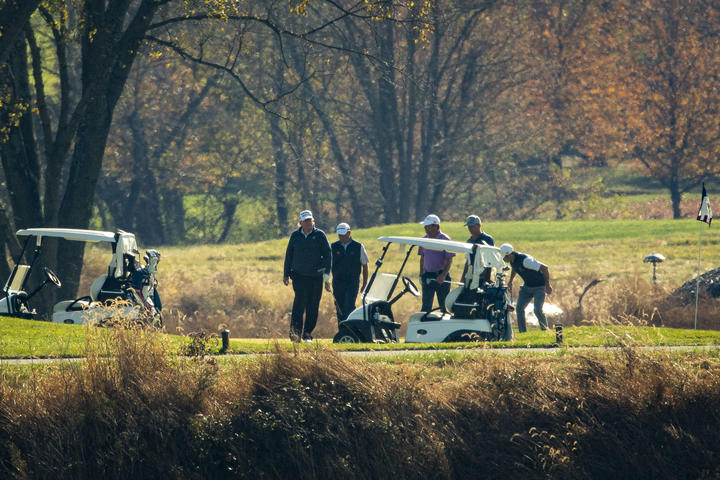 "He doesn't take it very well. I've only seen him get beaten a couple of times, granted these are matches with touring pros. We played, I think, Louis Oosthuizen one time and Louis shot 62. It's not possible for the president to beat him at that level, but he still didn't like it very much.

"He is a very, very competitive person. And I think that's going to drive whatever he does next.

"I made a putt one day to tie him when I was, I think, at the Office of Management and Budget - I was the director at the time. The President and I got to know each other through golf, I was in the cabinet when I was running the budget office - the president found out I was a single digit handicap, as he is, so I would play with him from time to time.

"I remember one day, I made about a 15-footer at the last hole to tie. And I don't think he talked to me for about two days after that.

"The US has a saying – 'show me a good loser and I'll show you a loser'. We don't count as well to losing in this country and I'm certain that Donald Trump is the top of the list of people who don't.

"I was playing with him one time at Bedminster - I'm about an eight handicap and he's about a five… I had him even, and I walked up behind him, I slapped him on the back, said 'all right old man I got you today. Today's the day I got you, I'm going to beat you today'.

"He goes, 'you don't have a chance'. And he finished birdie, par, birdie at the Bedminster Club.

"This is the same club that will host the PGA Championship in 2022, I think. It is a real golf course.

"And I tell people when you hit it right down the centre, 250 yards as he does every single time when he's playing well, you hit it a 15 feet and make the putt, there's not a lot of opportunity to cheat."

Mulvaney said it would now be a tight circle around Trump, as final votes were being counted and the leadership transition looms. 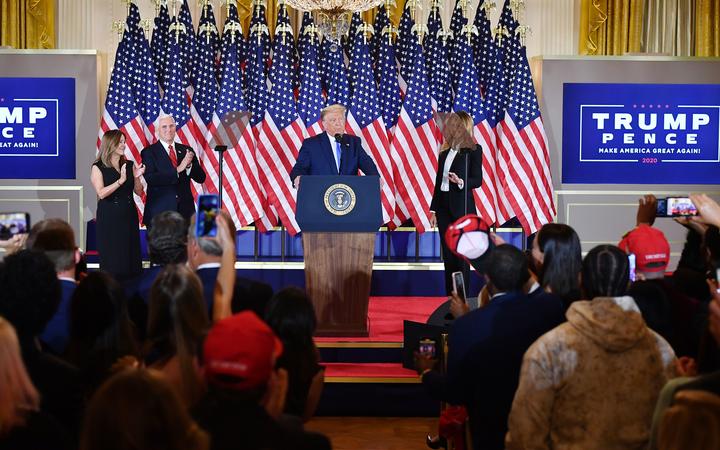 "Now it's going to be a very small universe of people - Jared Kushner his son in law, Ivanka his grown daughter, his two sons Don Jr and Eric, his wife Melania, and then a very small group of people who have sort of advised him and been close to him over the course of the 30 years.

"These would be business people from New York City - Carl Icahn comes to mind for example."

Mulvaney said he had seen Trump a few times on the campaign.

"I try not to call him too much, simply because Mark Meadows is a good friend of mine and I don't think it's institutionally wise for me to sort of continue to keep that constant contact with the president, because it people might perceive it as coming at the cost of Mark Meadows.

"Mark and I are good friends, I talk to Mark more than I talked to the President."

Trump would probably not specifically concede to Biden, Mulvaney said.

"I can see him giving a speech that says: 'It looks like I lost, I still think I won. I'm going to go quietly and gracefully.'

"But to have the words come out of his mouth - 'I concede this race to Joe Biden,' ... I'd be surprised to see that.

"Concessions don't mean anything really in our system, other than the appearances of things. They have absolutely zero legal implications. Even if ... Joe Biden were to concede tonight it would not mean anything, he would still be where he is at the polls and the counting."

Mulvaney said he was not concerned about any widespread firings in the West Wing over the coming weeks.

"The president and Esper didn't get along for the last several months - completely within the president's jurisdiction and power to make a replacement.

"I'm not too concerned there that these late changes have any real impact on our ability say to defend ourselves, but there may be a couple of other folks to leave."

When asked what it is like to be fired by Trump, Mulvaney said he did not know.

"I got the job that I wanted to begin. The president offered me the position of chief of staff when I went into his office to ask to serve as the special envoy to Northern Ireland.

"He said: 'No, six months - come and fix the place here, we'll make you a chief of staff. After that you can do Northern Ireland.' 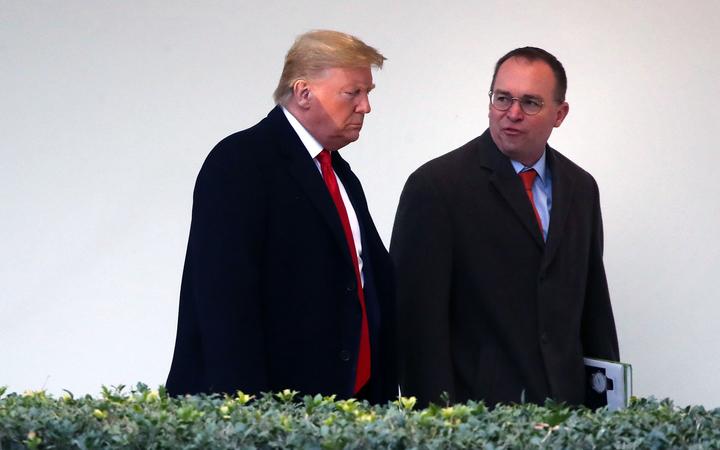 "So I got the job I wanted. I got to help pick my replacement and my good friend Mark Meadows took that job.

"And I also got lifetime golf privileges at Trump properties around the world, so not a bad deal.

"The answer is I don't know what it's like to be fired by Donald Trump, but if that's getting fired, it's not a bad experience at all."

Mulvaney told Checkpoint he would not be surprised if Trump did not attend Biden's inauguration.

"That's just not his nature. I think if anything, he might give a speech that says: 'This is it, everybody says I lost. I still think I won, but I get it, I'll leave, I'm going to wish Biden good luck, but don't count me out in four years.'"