The Hastings dog breeder at the centre of a Checkpoint  investigation into the poor health of puppies puchased by two Auckland families lost a Dispute Tribunal's case after selling a beagle.

Yesterday Checkpoint reported that a Hawke's Bay woman continued to breed puppies on her farm, despite the discovery of a highly contagious and potentially fatal parvovirus just months earlier.

The pups bought by the Auckland families did not have parvovirus, but one of the buyers ended up euthanising their new pet due to a suspected congenital issue.

Checkpoint also revealed RNZ has been served with an order by the SPCA, which has commenced its own investigation into the breeder. The order references suspected offences under the Animal Welfare Act.

She bought Bean for $1850 on Trade Me in late 2018, but after a few months she suspected the wee pup was not a purebred.

"It wasn't until probably February that I noticed that her legs were kind of long and straighter and she was a leaner version and her beagle face was now more pointy because beagles have kind of a soft face with big ears and she just wasn't exhibiting the same features as my other beagle.

"And because these are the only dogs I've ever owned that's all I've got to compare - one beagle to another."

Hannagan purchased the puppy from Hastings dog breeder Harkema and a man named Bob Douglas, though a copy of a Disputes Tribunal ruling shows Harkema would take ultimate responsibility for the matter.

Hannagan took the pair to the Disputes Tribunal in 2019, after concluding that Bean was not a pure-bred beagle. She also got DNA analysis that she said showed her new puppy was actually a cross-breed.

"So I was totally not shocked when it came back and she had smooth fox terrier in her as well as a beagle."

The tribunal's ruling, supplied to Checkpoint, states that because Bean was sold with the description of "beagle" on Trade Me, there was a statutory guarantee that she was a beagle.

Harkema argued the Trade Me ad did not state, or give the impression, that Bean was a purebreed, and pointed out Bean was sold for a price within the advertised range of prices for cross-bred beagles.

The Disputes Tribunal decision found Hannagan did not follow information from Dogs New Zealand about how to purcahse a pedigree dog.

Ultimately, though, the tribunal found the ad for Bean made an unequivocal statement of fact in describing Bean as a beagle that the dog's genetic profile was that of a single breed beagle.

"It was advertised as a beagle not a purebred beagle. But the insinuation is a beagle is a beagle, not a beagle crossed with something else," Hannagan said.

The DNA analysis showed Bean was not the single breed of beagle - instead she was 87.5 percent beagle, and 12.5 percent smooth fox terrier.

Harkema disputed the analysis, however, pointing out the database did not include any New Zealand working field DNA samples, which meant some "rare and unique" family lines might not be represented.

But the tribunal found Hannagan had shown Bean was more likely than not 12.5 percent smooth fox terrier and not a full beagle. 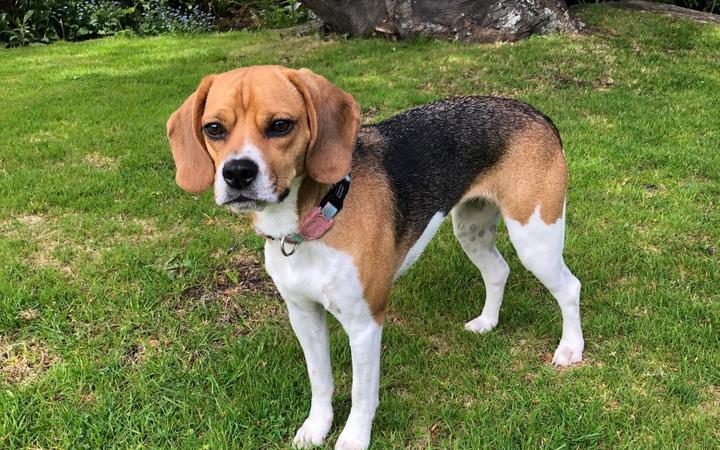 Bean the beagle, who turned out not to be purebred. Photo: Supplied

The tribunal ordered Harkema and Douglas to pay Hannagan $500 and dismissed a cross claim by Harkema.

Harkema has repeatedly declined to be interviewed by Checkpoint. Her Wellington barrister, Steve Price, said she had thrown out her copy of the court decision which Checkpoint went on to provide him.

Price also pointed out Harkema had offered to make amends.

He provided a statement that included this comment: "You may be aware that Margaret from the outset offered to take Bean back if Ms Hannagan was not satisfied or alternatively to pay her $500 to meet her concerns.

"Ms Hannagan insisted on taking this to the Disputes Tribunal and the adjudicator found Margaret's offers to be entirely appropriate and simply awarded the $500 she'd already offered." 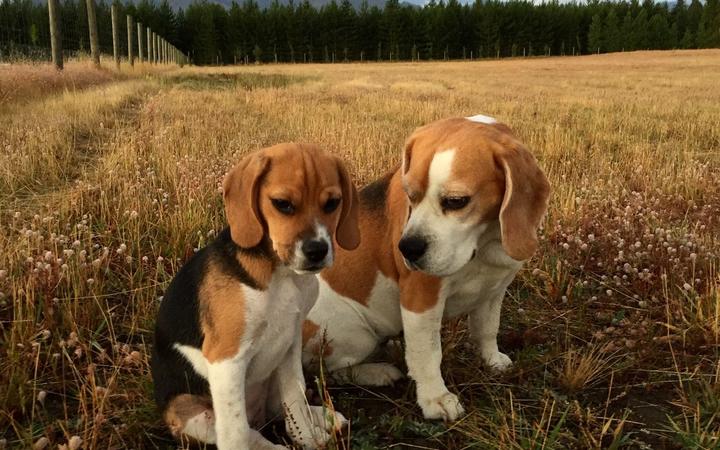 Hannagan confirmed she had been offered a refund or settlement but on principle chose not to accept it.

"I need to tell you that we love Bean to bits. She's got a really gorgeous personality and there is no way I would send a puppy back to any breeder. Once you've got a puppy it's part of the family.

"So yes, Margaret did offer me the full refund if I returned the puppy but you can't return a family member so  that was never happening."

There's another reason why she decided to press on with the tribunal case - she said she wanted to have something legally documented about the sale.

Checkpoint told Price it planned on referencing Hannagan's case and outlining the fact Bean was sold as a beagle, despite the tribunal accepting the presence of a second breed, but is yet to receive a response.