Crews in remote Fiordland have been working hard to restore the Milford Track against a looming deadline.

The Great Walk was badly damaged when a metre of rain fell in less than three days in early February, causing widespread flooding, landslips and stranding hundreds of people.

In May, $13.7 million was earmarked to help the Department of Conservation (DOC) repair flood damaged tracks and other infrastructure.

DOC has set its sights on reopening the Milford Track this summer with all places booked out within an hour of bookings opening.

It's been called the finest walk in the world and on a blue bird day, it's not difficult to see how the iconic Milford Track lures people in.

But in early February, nature unleashed its full fury - and guide Oliver Missen was near the centre of the storm with 41 guests. 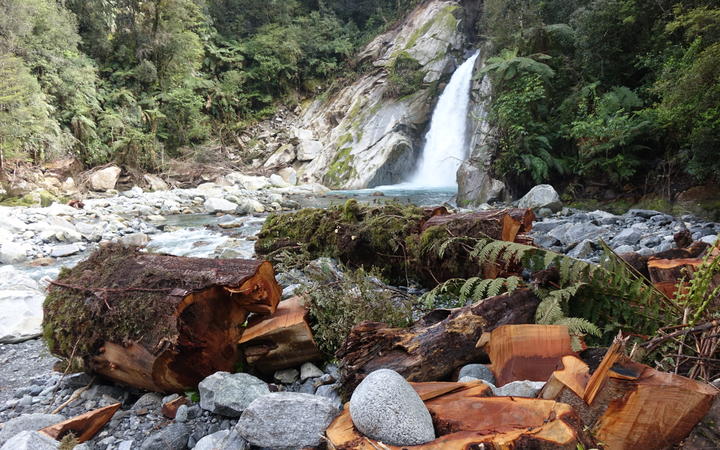 Milford Track was badly damaged when a metre of rain fell in less than three days in early February 2020. Photo: RNZ / Tess Brunton

As Fiordland guides, he and his three colleagues were used to the rain.

And to start with, it wasn't too bad.

"In areas, there's water up to our thighs ... in still water so everyone was able to get through there fairly safely. Many eels were on the track that day in particular. The eels get a bit off course and end up on the track and scare the customers," Missen said.

"They're mostly more scared of you so you just splash around and they go away."

The rain eased around lunchtime and they made it to Pompolona Lodge a bit soggy but in good spirits.

But then the skies opened, unleashing a torrent that didn't ease for nearly 48 hours. 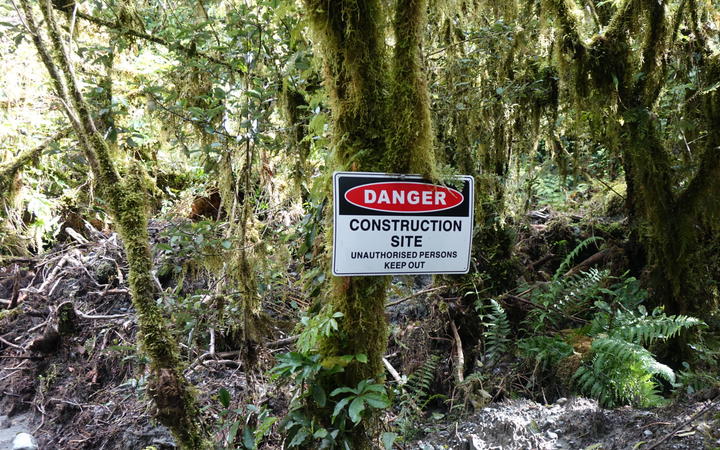 "You looked down the valley and there's just waterfalls coming down the side of the valley. It actually blew out our water intake so ironically we ran out of water - we're on emergency supply of water in our lodge - because we had no water running into our tank. We're showering outside at one point," Missen said.

For three nights, they were stuck, entertaining themselves with movies, yoga and carving animals out of fruit, before helicopters could evacuate them to Glenorchy.

Flying through the mountains, slips are visible on the hillsides.

Site supervisor Matthew Thom said logistics had been a massive challenge for his specialist team over the past three weeks.

It took 18 loads to bring in all the gear and material - each weighing up to a tonne.

Work has been done to try to make the bridge as flood proof as possible - it's been extended, raised and strengthened.

The crew lives in a makeshift camp not far away which has a few creature comforts including a tumble dryer.

Thom said it was the hardest, most hostile environment to work in, despite its beauty. 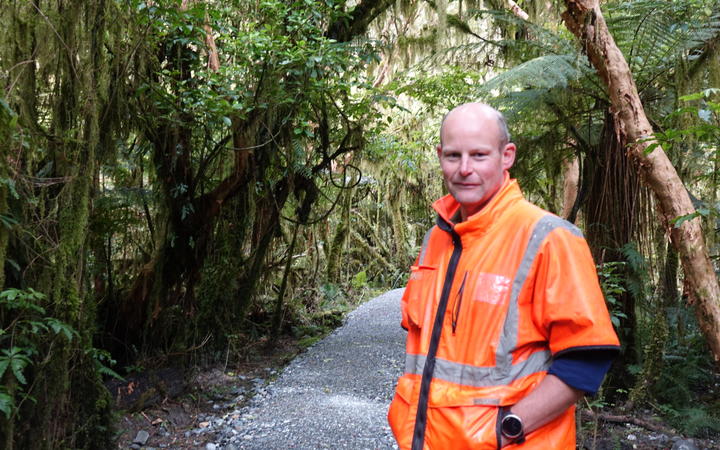 "It's challenging... you've got cold conditions and it's sort of a struggle to stay motivated definitely, and keep the team motivated. We're definitely lucky that we have a strong team who is capable of pushing through and keeping on working in those conditions really," he said.

"The light at the end of the tunnel's in sight. It's just a case of keeping on going and putting on that wet gear again, morning after morning, and finally you get there."

Before Madeleine Peacock joined Destination Fiordland, she guided day trips along the Milford Track to the bridge with weka wreaking havoc like they have for the bridge team.

"It was often times we'd have to chase them in the hope that they'd drop whatever they'd stolen out of our client's backpack or the cup of milo they'd just run off with, the first aid kit. They're a bit naughty," Peacock said. 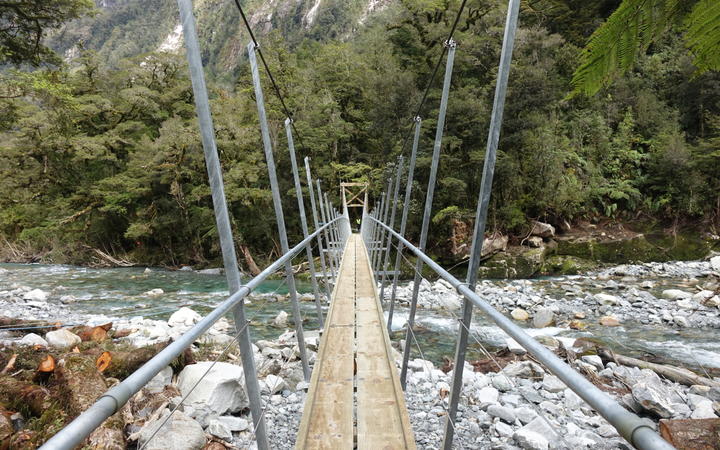 The Milford Track first attracted Steve Norris from Fiordland Trips and Tramps to Te Anau back in 1991 - it's where he spent his first five summer seasons.

The flood damage cost his business up to 1400 guests as he could no longer offer a morning walk up the track from Milford Sound.

But he was excited for the track to reopen as it attracted people to Fiordland.

"You could say it put Te Anau on the map because, since 1888, people have been coming here to walk the Milford Track. Initially it was just a way to get people to Milford Sound, but it obviously developed its own beauty, its own reputation, and it's huge for Te Anau. It's massive, it brings a lot of people to the area." 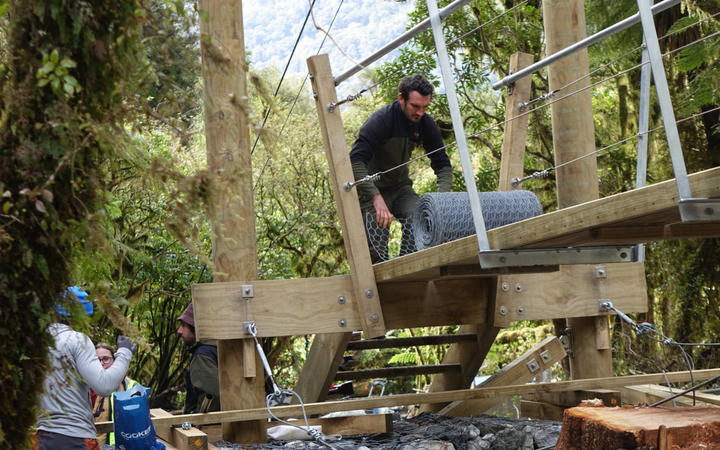 Logistics has been a massive challenge for the crews repairing Milford Track after floods caused damage in early 2020. Photo: RNZ / Tess Brunton

Department of Conservation principal ranger Grant Tremain walked through not long after the floods.

"The fact that Giants Gate Bridge was just gone, it was just lying in the creek. When I first crossed this it was between knee and waist deep water, and then something like 11 different slips, like major slips crossing the track."

He had his doubts they'd be ready in time.

"The idea that we've got people walking the full length of the Milford Track in 2020 is just phenomenal actually. Some days I didn't think that was going to happen, but absolutely hats off to everyone that's pulled together and all the New Zealanders that have shown interest in coming and walking it. It was record sell out of bookings how quickly it sold out," Tremain said.

They were on track to welcome through walkers on the first day of summer, he said.