Front line paramedics want stronger commitments to funding for St John, than those offered by the two women vying to be prime minister. 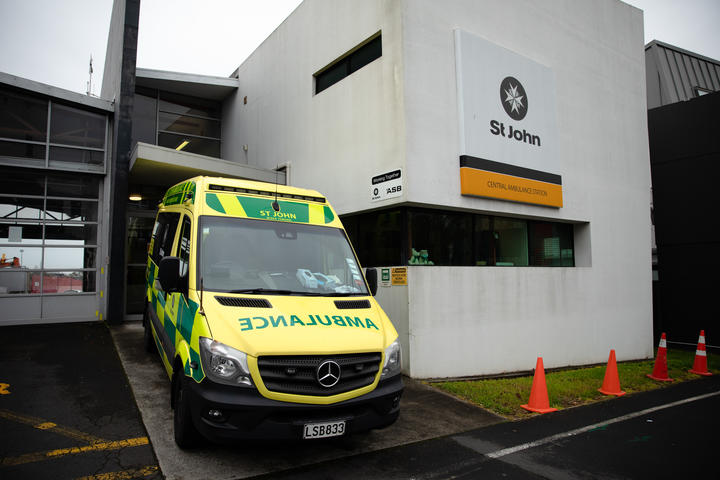 Labour leader Jacinda Ardern and National's Judith Collins were asked in last night's leaders' debate whether they would fully fund St John - a promise neither would commit to.

The fate of St John has been rarely discussed on the campaign trail - the charity is currently facing a large deficit and is blaming Covid for leaving it with a $30 million shortfall.

"It is a little more complicated than that Jessica because there are some things that they benefit from from charitable status but I will never allow St John services to be stopped, I give you that guarantee.

"We have to find a way through on what is a historic anomaly... we will never lose our St John services, I can guarantee that you will never see a loss of service.

While National's Judith Collins answered much the same.

"We already have, of course, funding through ACC and having been the minister I know they get significant from that but as you know they are a charitable institution - I don't think they want to become a government department, I think it's absolutely crucial that they retain such connection to the community that they have now.

"I would also never allow them to stop - the thought of replacing St John ambulance with a government agency just should worry everybody so we will always make sure that they're properly funded."

But St John said things could not go on as they stand - in a statement chief executive Peter Bradley said the current funding arrangements had reached the end of their life and must be addressed to provide a safe service.

"We would be concerned if St John's other charitable activities, which are run and funded completely separately to the emergency ambulance service, were used in any way to confuse the issue at hand. The funding model is no longer sustainable.

"We need this serious anomaly addressed next year when we renew the emergency ambulance service contract with the government."

But St John paramedics spoken to by Checkpoint said things were already not working as they should on the frontlines.

Some frontline staff say things already are not working - Sarah works as an intensive care paramedic and said morale was low with staff burning out.

"People are run down and they're sick because of the workload so we are already running at a loss - sometimes we're running below what we consider an establishment level, often we don't replace a paramedic with another paramedic so if someone has broken their leg they're not able to get that pain relief that they might need, they have to wait for someone to provide that for them.

"I do believe that there is a loss of service, there are huge numbers of us who think that that's an issue already."

She said if more money was made available for St John, it must be ring fenced for staff.

Dorothy Johnson is a paramedic and has been an ambulance officer for 33 years - she also had grave concerns for how the service was operating.

"There is just such a huge disconnect between what ambulance staff do and what management staff do - the morale is lower than it's ever been and we've said that before but this year is really, really bad."

Unions representing ambulance staff are currently locked in talks with St John about pay - First Union has said St John are refusing to ask for shift pay funding, which was agreed to in the last round of bargaining.

They said that meant staff were feeling stressed, ignored, undervalued and increasingly angry.

New Zealand Ambulance Association spokesman Mark Quin said something had to be done about how the service was funded.

"The question of fully funding needs to be answered sooner [rather] than later, it's not sustainable. I know that we can't go probably another six to 12 months with St John without the question of that being answered.

"Regardless of who's in power come Sunday morning, the government of the day is going to have to act and respond to this, or it's going to turn into a crisis."