Room with a view: Air control tower for sale in Wellington

Fancy an elevated sea view, close to the airport for a weekend getaway, rich in history and in character?

A prime piece of land is for sale in Wellington - the only catch - it's got an old air traffic control tower on it.

Ruth Hill and cameraman Samuel Rillstone went along to have a look.

While the listing could strike the interest of fans of the architecture, it is outdated and worn down to the point of probable demolition.

Opening in 1959, the tower has a cramped floor plan, limited natural light, and four levels only accessible by a narrow staircase. It would also require asbestos removal and earthquake strengthening to be restored.

Airways International Towers manager Sophia Healey worked in the building for a year before the transition to the new tower, which began operating in 2018. She had not been back since then.

"It was quite mixed feelings walking in for the first time this morning and seeing the place with all the equipment removed and no-one else in it," she said.

"We've got a lot of controllers that have had a lot of time here." 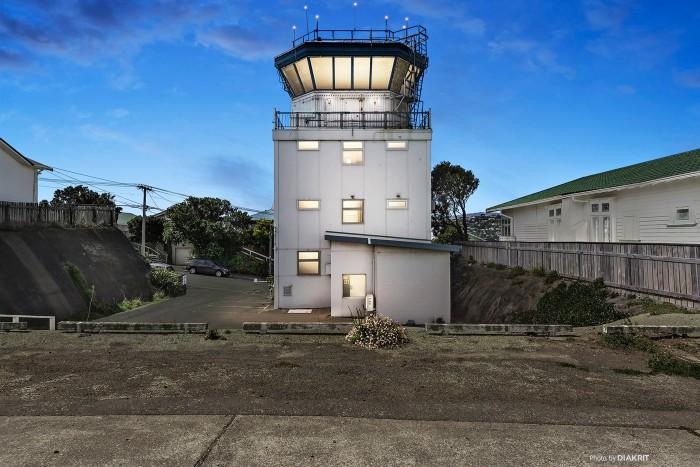 It is thought to be the only air traffic control tower with a residential address. Photo: Supplied / Airways New Zealand

Even though it is unlikely, airways staff have been imagining the possibility of the tower becoming a home.

"My dreams would be that someone would come in with some grand design of converting it and making it a liveable space," Healey said.

The tower's 360 degree views overlook the runway as well as Lyall Bay and Evans Bay, and it has already received high interest in its first day on the market. 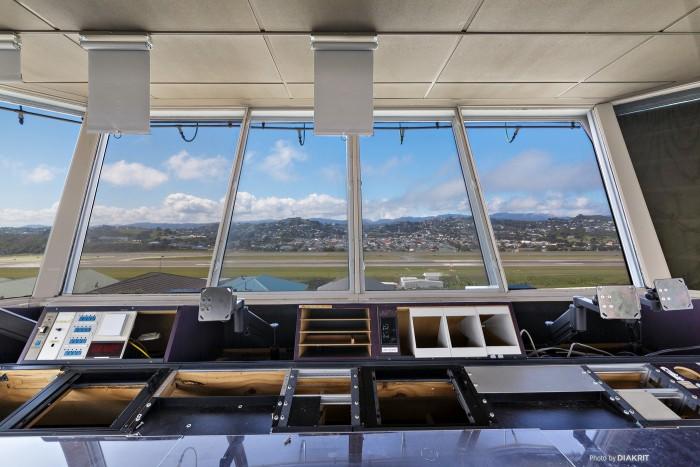 It is being sold through Tommy's Real Estate, with commissions from the sale going towards outfitting the interior of the new Wellington Children's Hospital.

Real estate agent Billy Bell said the building was a "very unique proposition to Wellington. I can't say we've ever sold anything like this".

"I got a couple of inquiries before I got out of bed this morning ... and there were people knocking on the door and wandering around the site."

It is thought to be the only air traffic control tower with a residential address and letterbox, sitting at 36 Tirangi Road in Rongotai.