Friends and whānau of a terminally ill woman who was bounced between nine different motels in the final months of her life believe her case shows how deadly the housing crisis is.

Lisa Diamond died three weeks ago at Auckland Hospital after wounds on her amputated leg and foot became infected.

Until her death she had been cared for by her son-in-law Jono Collard - who said while she was terminal, the stress and pressure of having to move from one unsuitable motel to another meant she died sooner than she needed to.

Collard, of Ngāpuhi and Tūhoe, was a truck driver until two years ago, but gave up work to look after Diamond, following a promise he made to his partner Mel before she died.

The couple were together for nearly 12 years when she passed away from cancer in 2017.

"I wanted to make sure that my girl's soul could rest easily knowing that I was going to be there for her mother.

"Lisa told me to move on, but I turned around and told her - that was your only daughter, there's no way I'm leaving you on your own."

Diamond had suffered renal failure and had both of her lower legs amputated, Collard looked after her around the clock.

While not a carer by trade, he certainly is by nature - he acted as her hoist, the motor for her wheelchair, organised her dialysis, assisted with bathing and anything else she needed.

That care was made significantly harder when in October last year they had to move out of the Mount Wellington home they'd rented for years, because the landlord was selling. 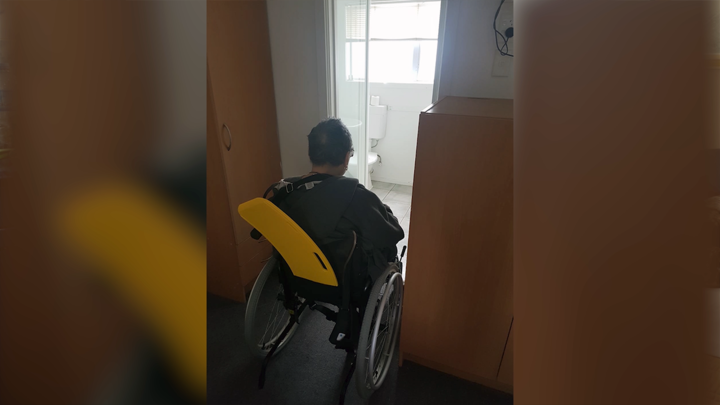 Lisa Diamond was cared for by her son-in-law while they struggled to get accommodation help. Photo: Supplied

With the private market too expensive - and no public housing available - they were put in emergency housing, and began a hellish battle to find somewhere suitable to live.

Collard described it as torturous to move between nine different motels, as they struggled with access issues, health and safety concerns and limited space.

Without suitable showers Lisa had to bathe out of a bucket, elsewhere she had to use disposable bedpans because they couldn't get her into the toilet.

Collard had to carry her up steep steps and sometimes sleep on a mattress on the floor because there was only one bed available.

For most of the time he was sharing a room with his mother-in-law he said the Ministry for Social Development turned down his requests for his own space, adding to the pressure.

The stress of it all was taking its toll when Diamond was admitted to Auckland Hospital just over a month ago, with infections linked to her amputated wounds, and eventually she passed away.

"I mean she was a terminal patient - she had a list, a list of problems - but she had that list a long time ago - she didn't spiral down this fast when we had our own place. I feel she'd still be alive if we were given our own place nine months ago." 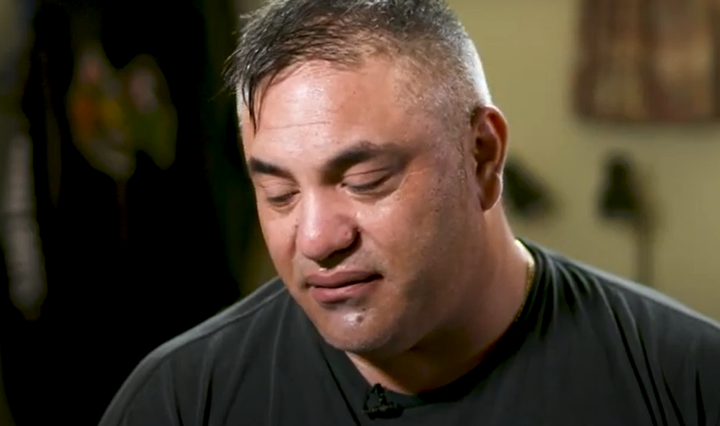 "Looking for housing was impossible because of being a beneficiary and the cost involved, and then trying to sort out with Lisa and him everyone's needs.

"He couldn't find a house to rent either, so they were really stuck between a rock and a hard place and there was no option for them - and nobody had any options."

"In Lisa's case - she had an abscess on her leg - and having to be bounced around, not having a place where she could do her standing, or where she could feel safe or feel well, it would've got to her in the end.

"It's almost a depression that comes when you haven't got a home... they moved from a big house to be bounced around in motels for months."

In a statement, the Ministry for Social Development said it expressed sympathies for Diamond's passing, and that they had supported Collard with a Supported Living Payment as her carer, and provided emergency accommodation.

In July Kāinga Ora offered Collard and Diamond a property, which was declined because access was not suitable.

MSD said the supply of public housing continues to be very challenging, but that is particularly the case in relation to the type of specialised accessible housing that Diamond required.

The Ministry is continuing to work with Collard, and says it's providing him with emergency accommodation and all available supports.

Collard's friend of more than 20 years, Josh Pou, said he'd seen his friend at his wits' end over the past 12 months, trying to get Diamond the accommodation she needed.

"She got put into the cracks in the system... the system is made for the many, not just the one." 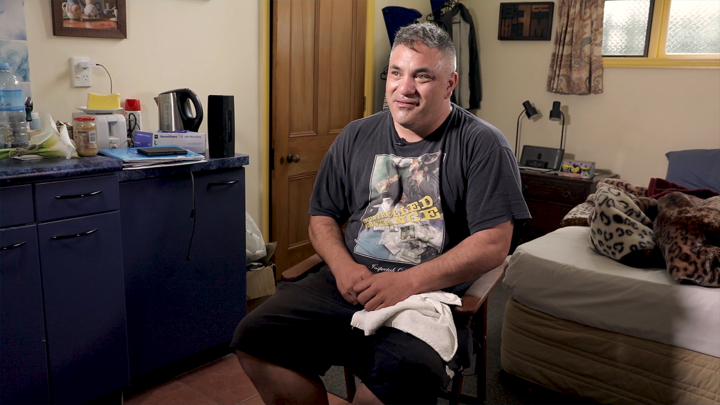 Collard doesn't understand how some of that government money wasn't better used - potentially through a bathroom upgrade to give Diamond some comfort.

He's determined no one else should have to go through what they did.

"If we had taken Lisa to a hospice we might've been looking at 200k a year to look after someone like that ... I just wanted to take a pinch of that and give her some of the quality of life she deserved."

Collard is still trying to find a permanent place to live - he's getting weekly clearance from MSD to stay on at the current motel.

But he's looking onwards and upwards, with his sights now set on becoming a professional caregiver after seeing the rewards he got from his time with Diamond.