Webb said the room was cleaned with a hospital grade device and there would be no point in swabbing for Covid-19.

"This isn't just a normal household cleaning system, that room was absolutely clean."

He said the room was vacant for the 14 days after the guest left.

While the guest was in the room, a nurse entered to do a health check. Webb said that nurse has been tested and he believes she is now being retested.

Antibody tests are also being done on the nurse but it takes around three days to get results.

Webb said the maintenance man who contracted the virus was working on the days the guest was in the room.

He said the guest arrived on 28 July on a flight from Los Angeles and left her room for about one hour the following day.

Other than that, she stayed in her room until being transferred to the Jet Park on 31 July.

Webb said it was possible that there was more than one nurse that attended to the guest, and the Ministry of Health is now seeking all the data it can about the nursing staff.

However, they're not aware of any contact between the nurses and the maintenance man.

Nonetheless, the nurses are the most likely vectors for the spread of the virus at this stage, Webb said.

"They seem the most likely... that appears the most logical course at this stage," he said. 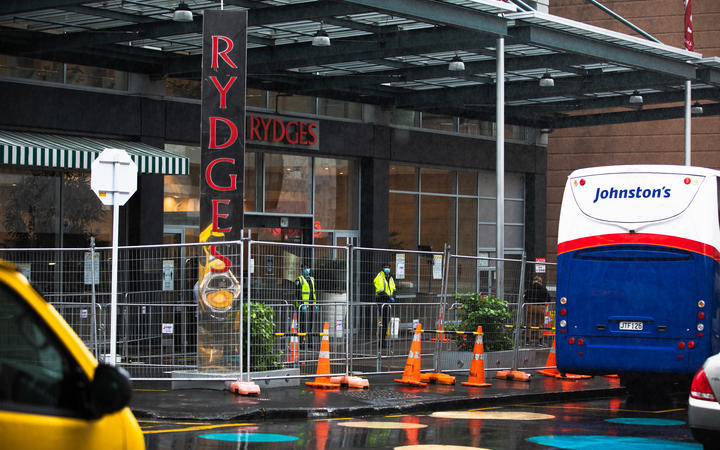