Commonwealth Games boxing champion David Nyika has his eyes on gold at next year's Tokyo Olympics, but the Hamilton heavyweight is fighting another battle on home soil: helping the SPCA rehome abandoned and rescued animals.

Nyika and his partner Jasmine have fostered about 50 cats and dogs over the past couple of years, including during the level 4 lockdown.

He has just taken their latest pair of puppies Honey and Reuben back to the SPCA after getting them back on their paws, never an easy day for a kind-hearted pugilist.

"These guys are pretty cool, they've been hard work but it's been really rewarding to see them get fat ... I think they were supposed to be taken up to the top of a hill and shot.

"Some of the hardest ones were early on, you know, when you're not used to having to give all your love to this creature and then send it off to another home."

Nyika concedes his fostering is not entirely altruistic.

"I just love animals, man, I've always been a big dog person. My lady is a massive crazy cat lady. So when my family dog passed away I decided I needed to fill that space and I kind of thought SPCA would be a great opportunity to give back, but it's very selfish, I just love looking after the animals."

While he loves them all, it is hard not to have favourites.

"It actually really shocked me, it was this pug that we had. His name was Frank The Tank. He was hilarious." 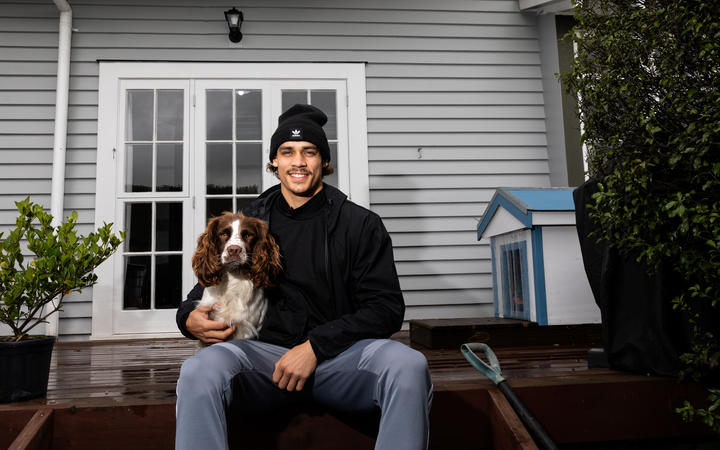 Others are etched into his memory for very different reasons.

"A couple of stray cats that we've taken on have been really timid. One of them jumped out of our second-storey apartment and then climbed up to a 10-metre tree, jumped out, and just went splat on the ground, and we thought 'that thing is dead'. It got straight up and ran off, we spent the next two days setting up traps around the neighbourhood and eventually caught it."

Nyika and his partner also have help from their own four-legged whānau member.

"George does a lot of the work - my dog. He's such a good dude... he also keeps them busy. He actually puts himself to bed at the end of the day, about 8 o'clock, just like 'I'm done, can't deal with these kids anymore'."

Nyika is the first male kiwi boxer to qualify for an Olympics in 16 years, and plans on punching his way to gold in Tokyo. 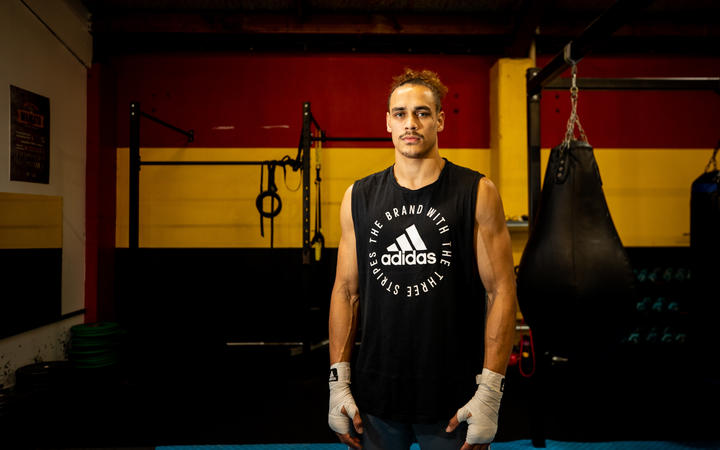 That fighter's mentality might seem at odds with his aroha for animals, but Nyika says it helps him stay balanced.

"Half of my day I'm not training, and so I'm a housewife for half of the day and the rest of the day I have to be a savage, so it's quite a nice contrast. I have these little babies, they're such pure souls, they don't have any moral compass when we get them so we're able to build them into companions that people are going to love for hopefully close to 15-20 years."

Honey and Reuben are now ready for their forever home and headed back to the SPCA, where Waikato manager Laura Vander Kley says foster parents like Nyika are invaluable.

"We would not be able to cope without our foster parents, the shelter environment is not ideal for any animal, it's a scary place. Being able to send them into a home is so comforting for them, behaviourally they do better, healthwise they do better. Foster parents are lifesavers."

The scale of the overpopulation problem is huge, with 1700-2000 animals coming into the Hamilton centre alone each year. More than 40,000 come into SPCA shelters annually.

"It's just the frustration with the desexing, everyone knows it's something that needs to happen, and it's just really getting the message out there to people," Kley says.

Kley is not sure if the war will ever be won, but with people like Nyika fighting in their corner, there is hope yet for all those animals.