As jobless rates and redundancies rise, a multi-million dollar boost to an Auckland jobs programme hopes to bring 700 more people into work.

Another 1200 people have gone on the jobseeker benefit this week - with more than 56,000 people accessing the benefit since March.

The government is trying to stem that tide by giving $4.3 million to Auckland Council to help give people a foot in the door in jobs that they might otherwise miss out on. The Ngā Puna Pūkenga programme began as a pilot last year with 60 jobs - it's now going to fill another 700 spots over the next 12 months.

Of those, 420 placements are for Māori, rangatahi, Pasifika, long-term unemployed, and people not in education, employment, or training.  The rest are for people made redundant as a direct outcome of Covid-19.

Auckland Mayor Phil Goff said the money would go directly to the council which would divide it up among employers signing up to be part of the programme.

Heath Worsfold of landscape company Rural Design has been part of the pilot - and is now bringing on more staff thanks to the new funding.

"In the initial part of the programme they were giving us $10,000 to take on someone, and then if we kept them for an extended period of time we would get another $10,000 so it's definitely an incentive."

Rural Design crews are putting in hundreds of plants at the Awakeri wetlands. 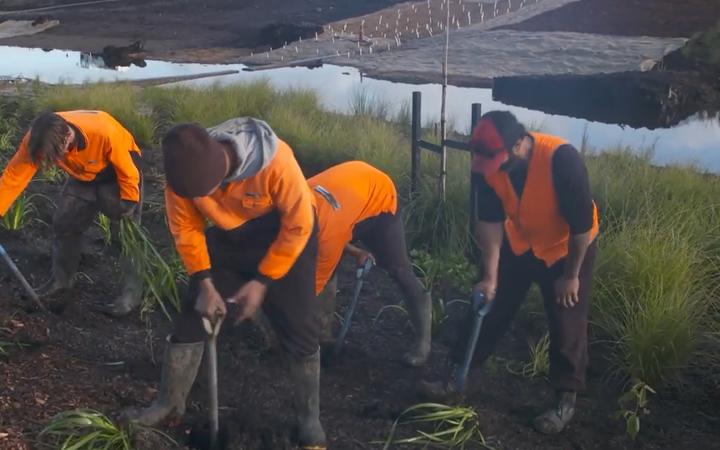 It's far from finished but 15,000 people will eventually move into the new homes here - and Social Development Minister Carmel Sepuloni said there was plenty of work to be done.

"It's also important to recognise - that is an amazing talent pool that MSD (Ministry of Social Development) has access to."

Sepuloni said another 1200 people had gone on the jobseeker benefit over the past week.

The country's unemployment rate is at 4.2 percent, but with the wage subsidy scheme in place, the true effects of the coronavirus on job losses were not expected to be known until after it runs out in September.

There are job openings out there however: Work and Income's Job Search site has around 750 current jobs listed, with more every day, and TradeMe saw an annual increase in job vacancies in June, with listings up 9 percent.

Hamilton woman Cathy was among those to have success on the site after looking for a part time cleaner for her company The Gleam Team.

Automotive Employment NZ director Russell Phillipps said the motor industry had also done far better than expected, but that many in the sector saw it as a sugar rush, and were afraid of what was to come.

"What I'm seeing is companies making redundancies based on fear of a combination of the wage subsidy dropping off, elections coming up and also the potential of a very, very serious recession looming."

He said the issue of matching skills with jobs was a wider issue, with sales management jobs getting more than 200 applications but forklift driver jobs receiving just two.

Phillips said that situation was not going to change while the borders remained closed - and New Zealanders needed to be ready to skill up.

There are also plenty of dairy farm jobs out there. Dairy NZ said there were 1000 positions waiting for ordinary Kiwis. Spokeswoman Jane Muir said it was a great time to give it a go - with training able to be done on the job.

"Attitude, reliability and willingness to learn - anybody can have those skills, so how fast you progress depends on how much you have those."