The government's wage subsidy bill has now topped $12 billion - with Wilson Parking among the companies to receive more cash through the latest round of payments.

Figures out from the Ministry for Social Development today showed $1.2 billion had been paid out through the wage subsidy extension between 10 and 26 June, bringing the total bill to $12.3 billion, covering 1.7 million jobs.

Among those to have received the subsidy was Wilson parking - it received $1.7 million to cover 260 jobs in its first claim and $1 million for 218 jobs under the extension.

The ads encouraged people to make the most of cheap petrol prices and keep their bubbles safe by using Wilson parks.

Nash said the ads were irresponsible and he was concerned the billions given out in wage subsidies should be focused on creating a more green economy.

"It's reasonable to ask some questions about whether handing out money, no questions asked, to companies that are undermining public transport is a good thing to do."

The ads are no longer running and Wilson Parking said the company had simply been promoting driving as an alternative and safe way to commute.

In a statement, it said it rejected any accusations it had claimed public transport was unsafe.

"Wilson Parking fully supports the use of public transport as one of a range of modes for the daily commute. 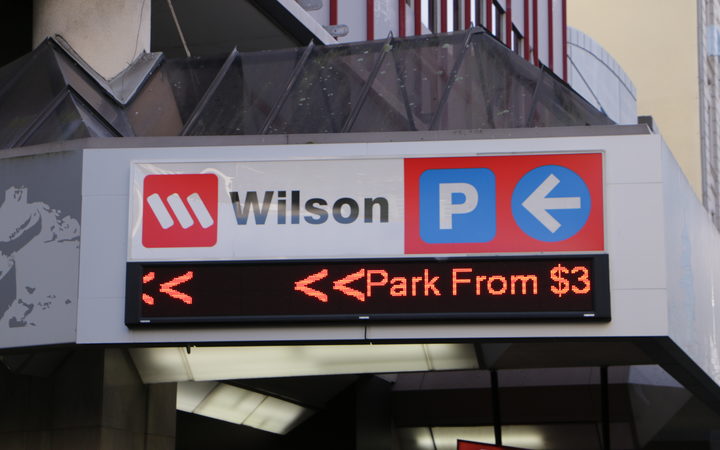 It said the business was overqualified for the wage subsidy extension, as it was still experiencing a decline of more than the required 40 percent threshold.

Wilson Parking were not the only ones doing it tough - Infometrics senior economist Brad Olsen said the wage subsidy was keeping a lot of people in work right now.

He said more than 200,000 New Zealanders were now accessing some sort of unemployment benefit from the government, with 56,000 people going on the benefit over the past few months due to the Covid-19 coronavirus.

There were also nearly 300,000 people covered by the wage subsidy extension.

He said while the numbers pointed to a tough time ahead for businesses, there were signs to be optimistic about.

"We have seen that wage susbidy that has kept many more people in work than we might've expected at the start of this pandemic and this economic slow down, so some cautious optimism."

Businesses are continuing to pay money back from the wage subsidy scheme - there have been more than 1100 refunds made over the past week, with total value of refunds now more than $200 million.