The mother of a severely disabled Auckland woman who lost her respite care after the Laura Fergusson Trust announced its sudden closure, still doesn't know when she will receive a much needed break from the new provider, Spectrum Care.

In February, Laura Fergusson Rehabilitation in Auckland, Waikato and Whanganui announced it was closing its doors, leaving families needing rehabilitation and respite care in the lurch.

Now it has emerged from 1 July, Spectrum Care will take over respite facilities in Auckland and Waikato, with the Wellington Laura Fergusson Trust - a separate entity - taking over respite services in Whanganui.

Kran Radford's daughter Skyla, who is in her early 30s, suffers from Angleman's syndrome, cerebral palsy and epilepsy. She can't talk, or walk unaided and is totally reliant on her mother. If she's not in her wheelchair, she likes to crawl. She's also a bit of an escape artist and can climb, breaking window latches to get out.

As a result many of the windows and doors are reinforced glass. The section is fully fenced. Kran cannot let her out of her sight.

One of the features of Angleman's is that they need very little sleep - Skyla can go six days and nights without sleeping. 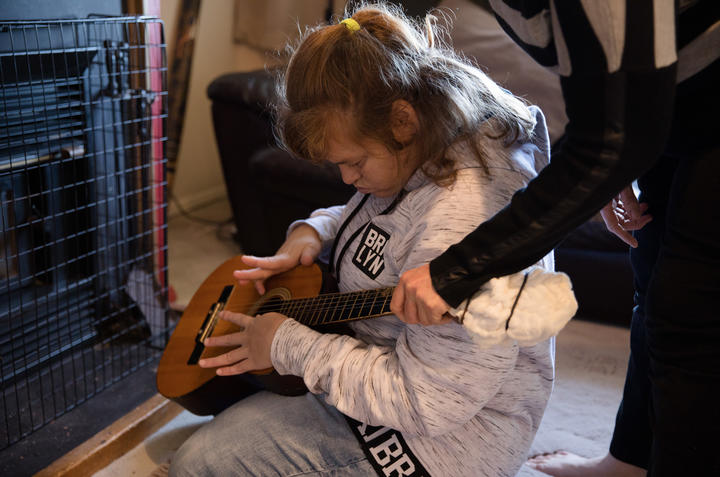 As her primary caregiver and sole parent Kran is exhausted. In the last two days, she has had just six hours' sleep.

"When I'm so exhausted what I tend to do is I sleep, top and tail in her room, so even though she's awake I'm getting a 15-minute power nap, because I'm just about to fall over."

For the past four years, the respite she was getting was a lifeline, allowing Kran to sleep for up to 30 hours at a stretch.

"We were getting respite once a fortnight, which was great, it was great. I'm mean it had it's problems - the respite - but I knew I could put my head down and catch up and still be ready to be functioning again," Kran said.

She said service providers were paid the same, regardless of the level of disability they care for.

"They're [service providers] going to choose people that need less cares. People who can feed themselves sometimes, dress themselves. Less cares means less staff, more profit and I can understand why they do it," she said. 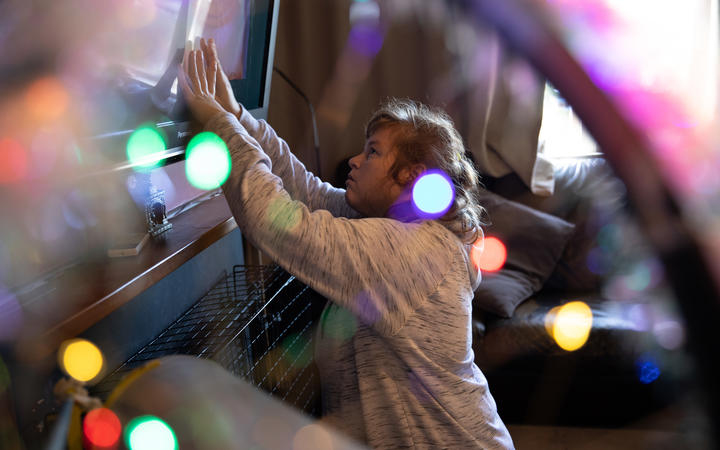 Spectrum Care said it was able to provide respite for almost 80 families in Auckland and Hamilton and all the existing front-line staff were coming across to work for them.

Independent disability advocate Jane Carrigan said that was good news for families who had gone five months without respite, there was a wider issue about the problems families like Kran have accessing help.

"For a large organisation like Spectrum, to have been given 3390 respite bed nights for 80 people that is just ludicrous," she said.

But the Laura Fergusson Trust has only granted Spectrum a three-month lease on the existing site, after that it is on a rolling month-by-month lease, until the end of the year when Spectrum has to find new premises.

RNZ wanted to ask Laura Fergusson Trust what its future plans were for the Epsom site and why Spectrum was able to provide respite services when they couldn't, but they didn't respond to interview requests. 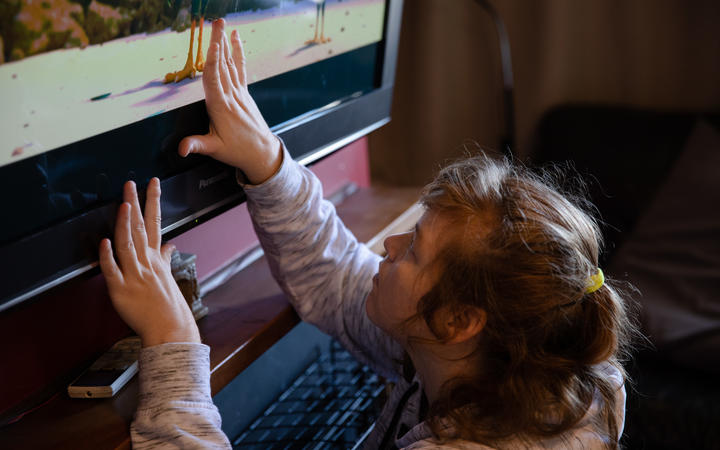 The Ministry of Health also declined to be interviewed, but in a statement said it was confident Spectrum would continue providing services even if it was not in Epsom.

"The Ministry's contract with Spectrum requires continuous service delivery. Spectrum is also very experienced at relocating services such as these when they believe it is necessary to do so," the ministry said.

"The Ministry's priority through this period has been ensuring clients have had a seamless transition and continue to receive high-quality support - we've been working regularly with the Trust, clients and their whānau and the local NASC [Needs Assessment and Service Coordination] to ensure this."

Jane Carrigan said the ongoing uncertainty created stress for families who had already gone months without any respite.

"That is an awful way for anyone to live, much less from a service provider [who is required] to provide a very high level of care for people, not knowing if they are going to be there the next month or not," she said.

"If Spectrum has to move somewhere else it's all going to take time and that will be a period of months when people will go without respite. It's just wrong."

Carrigan said it was imperative that the ministry stepped in, took the property off the Trust's hands and refurbished the buildings that were on the site.

Carrigan said they had been told Skyla would have respite for three days a week at Laura Fergusson, but there was no date to start, which was causing enormous anxiety. Kran said life was torturous.

"I'm blessed that Skyla's always smiling, she's lovely, delightful and she likes having fun. But the sleep deprivation, you just don't know what you are going to get. It's like, just very busy, but it's around the clock.

"I'm sick of that too hard basket, I'm over it. I'm scared like many other parents like me - how long do we keep on doing this?" she asked.

Associate minister of health Jenny Salesa said it was the Laura Fergusson's decision to close and arrangements had been made to relocate its residents.

She said disability support services received a record amount of funding in this year's budget.