Redcliffs School reopens after years of perseverance since Canterbury quakes

Christchurch's little primary school "that never gave up" has celebrated its reopening with an official, Dave Dobbyn-endorsed, welcome home.

After nine years playing hopscotch with temporary sites, Redcliffs School has moved to a new, seaside site on Beachville Road.

Earthquakes toppled the cliffs behind the school in 2011 and it narrowly avoided complete closure four years ago before the new site was secured. 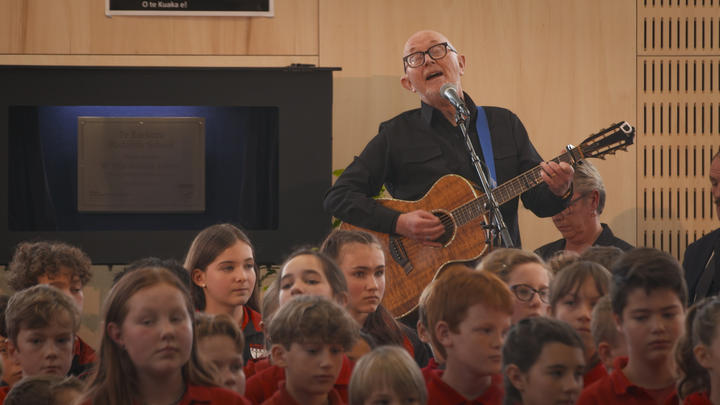 On the new $16 million campus there are classrooms with kitchens - a far cry from the portacoms and makeshift classrooms used to date, most recently shared with the van Asch Deaf Education Centre in Sumner.

The new school has enough mat space and playground equipment for about 200 current students, plus up to 100 more. 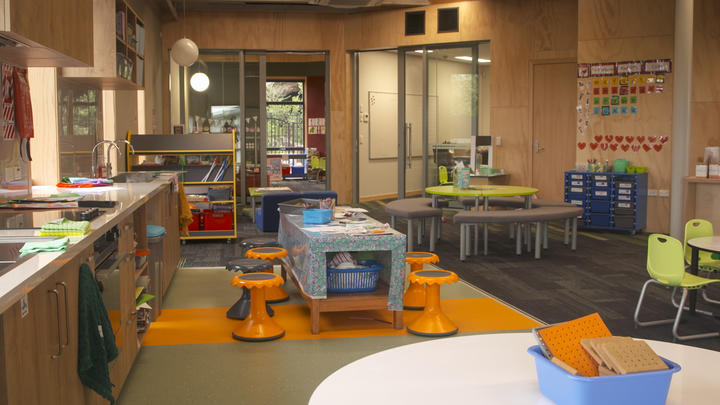 The new classrooms even have kitchens. Photo: RNZ / Nate McKinnon

At the reopening event today, Year 6 students told RNZ the new surrounds are definitely going to make them smarter.

Tilly Caldwell-Limmer said a leafy area called the undercroft was her favourite new nook, while Ephelia Paxie said her favourite part of the new school was the senior playground, featuring monkey bars, swings and slides.

But she said her new classroom was also very exciting.

"Our classroom has a big open view that you can look at to see the estuary, and some cool furniture," she said.

Guest speakers at the event said today was a time to reflect, because Redcliffs School nearly did not get a second chance when it was told it would have to shut completely in 2016.

"There was no stone left unturned. No opportunity lost. It was a campaign of hearts and minds, of facts, of integrity and of passion. It was relentless and it was unified. The reward is this school. This opening is the highlight of my political life," she said. 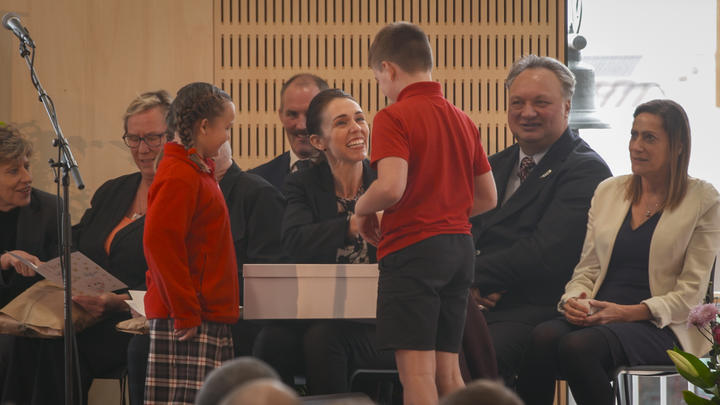 Prime Minister Jacinda Ardern said the moral of the Redcliffs School story was one of endurance and perseverance - something students could apply to their own schoolwork.

"If you believe in something strongly enough, you can make it happen. I say that to our children especially. Never, ever, ever give up," she said.

With shared waiata and the planting of a pōhutukawa tree marking the start of a new chapter, the school's principal Rose McInerney sounded a note of satisfaction.

"Today is a day to acknowledge all that we have done to get to this crucial point, and to let go of the hurt that those hard times have caused, as well as to relish in the emotions of new beginnings in the most beautiful of surroundings," she said.