Repatriated travellers from India grateful to be in Auckland

One of the organisers of repatriation flights for New Zealand citizens and visa holders from India says the evacuees are being well looked after at a central Auckland Hotel. 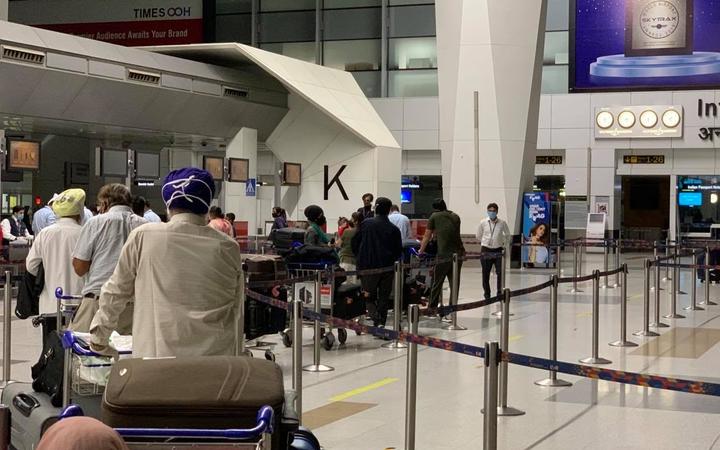 The New Zealand government arranged three flights from India - two from New Delhi and one from Mumbai.

Kharag Singh brought his 95-year-old father home to New Zealand on the first repatriation flight, which landed on Anzac Day.

They are all grateful to be home and their only complaint is a minor one - over the hotel menu.

"Indian food would have been a lot better on the menu but at the same time we are in quarantine with the restrictions all around hotel management and the government is doing as good as they can - they have changed the menu after the complaints went in."

Singh said to his knowledge, none of the more than 200 passengers from his flight who landed in Auckland had tested positive for Covid-19 and all were in good health and spirits.

"I haven't heard any single case yet but two fingers crossed, so far everybody seems pretty happy and healthy."

The passengers are allowed out of their rooms under relatively strict - but not overbearing - conditions.

"No, we are not confined to the room - we can go to the lobby out there as long as we stay in the same bubble and keep the social distancing - we can have the coffee - there are also walks available, but you have to register for 10 or 15 minutes' walk," Singh said.

Singh said his father was looking forward to leaving the hotel and getting back to his wider family.

"Yes, [he is] very very happy to be home, he arrived on the Anzac Day. It will be a very good day for him when he sees his grandkids."

Singh was taking many calls from people stranded in India wanting to get home to New Zealand.

"I think there was 100 - 150 people in north [India] and there some roughly hundreds in the south as well so there is quite a number of people still there which are NZ citizens and permanent residents."

Despite there being enough New Zealanders still in India to fill more flights, Foreign Affairs Minister Winston Peters has said there won't be any more flights from India organised by the government.

Singh urged him to reconsider.

"I doubt there will be another flight but I request the Ministry of Foreign Affairs and Trade and also to Honourable Winston Peters maybe one more flight will ease up the pain to all those people who are hurt," he said.

Singh and his fellow passengers will be free to leave their hotel on Saturday 9 May.