NZers plan to commemorate Anzac Day their way at home

Despite all Anzac Day services being cancelled due to Covid-19, Kiwis across the country are coming up with new ways to remember the lives of soldiers who died fighting for New Zealand.

All over New Zealand people are being urged to stand at the end of their driveways, their front door, or anywhere in their bubble for a dawn service at 6am tomorrow morning.

The Last Post, Ode of Remembrance, the national anthems and an address by Defence and Veterans Minister Ron Mark will also be broadcast on the radio and online at the same time.

"Anzac Day for me normally starts at Linton camp, doing the dawn service there, and I progress normally to The Square in Palmerston North and do the civic service at 11am," he told Checkpoint.

"I [then] normally go into a rest home and perform there and then head out to the Bridge of Remembrance in Eketahuna." 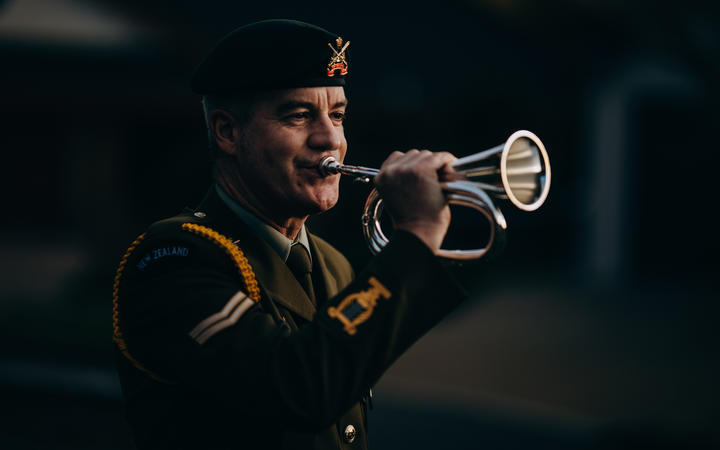 Despite all services being cancelled tomorrow due to Covid-19, Cook has decided he will still play the Last Post at dawn in his military uniform - but from the end of his driveway.

"I'm very proud to be still able to play the Last Post and Reveille, albeit on my doorstep," he said.

"It's a time for remembering those who have gone before us, but also those essential workers at the moment."

In Lower Hutt, just north of Wellington, Cubs leader Steve Wake will be standing at the end of his driveway with his two children, uniforms on.

He had encouraged the other members of the 1st Waterloo Cub Pack to do the same.

"We are encouraging our Cubs to come out to their letterbox at 6am in the morning, perhaps Dad has a radio in his pocket for the dawn ceremony," he told Checkpoint. 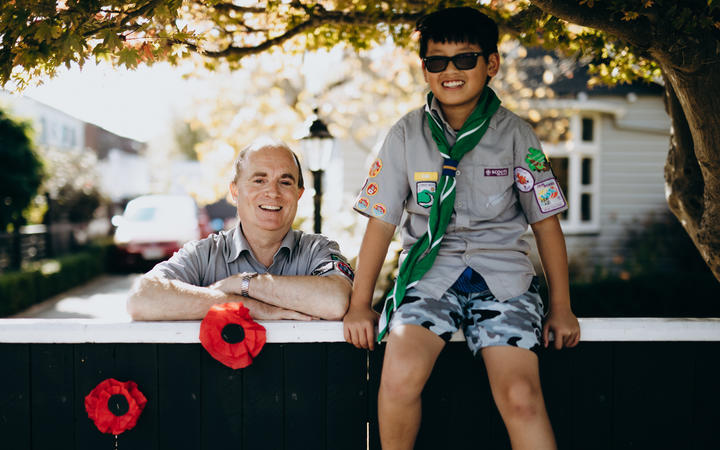 "If they turn up and get their photo taken by their mum and dad they get their Anzac badge."

His family have decorated their front fence with paper poppies. Their gate is covered in poppies fashioned from red New World supermarket bags.

For Steve its been important to keep his kids and as well as the others in his group involved in Anzac Day - he ran a Zoom meeting for his cub group last night to teach them why 25 April is remembered.

We are [now] fighting a different type of war and its just a way of putting in context how important the past is," he said.

"We have a lot to be thankful for."