Three recycling trucks have caught fire in Auckland in the past three weeks after the wrong items were placed in recycling bins, Auckland Council says.

The council's general manager of waste solutions Parul Sood told RNZ's Checkpoint there had been truck fires in Lynfield, Ōtara, and most recently in Sunnynook on Monday.

She said the fires had been detected early by sensors - and by the drivers noticing the smoke - and firefighters had managed to extinguish them, but there was a serious worry that would not always be the case.

"There could be one that goes wrong one day and it could be a real serious problem," she said. "If you think about where it is and if it does explode and it does have that big fire element to it, it could actually have an impact on the passersby or pedestrians or anyone around the truck."

The fires were being caused by batteries, electronics, acids or gas cylinders being disposed of in recycling bins, she said.

One of the recent fires was caused by an X-Box console, she said. 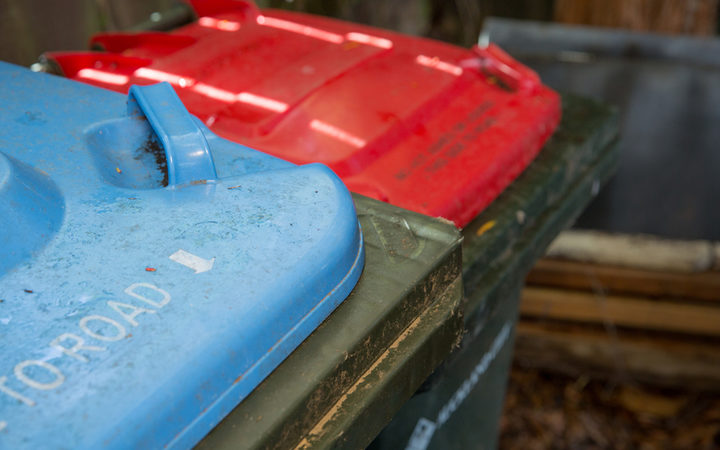 "That's a little bit of wish-cycling maybe, thinking that it's gonna get picked out - but it doesn't - and they have lithium-ion batteries in them, which creates the fire."

Many people were still putting things into recycling that should not be, she said, and it was putting others in danger.

"Sometimes the things we get in the bins ... you think 'this surely isn't for recycling and you're being lazy and just not paying attention'.

Sood said people had to sift through all the waste to find out the cause of the fire - which was not always possible because the plastic would melt down in the flames - and it then had to be taken to landfill.

"It has to be disposed to landfill, you just can't recycle it anymore," she said.

"That's sometimes up to six tonnes of product that's we've collected, that you and I have sorted carefully at our house and then it's gone into a truck where someone has put the wrong item in it and it has started the fire and it melts all of the material that's next to it."