Investigators fighting online child exploitation says their job is getting tougher by the day.

In January a 40-year old teacher was stopped at Auckland airport and found carrying child sexual abuse images and videos on his phone.

At the time, Customs told RNZ these finds were becoming more common.

And the numbers reflect this -  thousands of referrals of suspected online abuse against children end up with New Zealand authorities every year, and the number of subsequent prosecutions is steadily rising.

On the front-line of fighting child sexual exploitation in Taskforce Ruru - a joint team made up of staff from Customs, Internal Affairs and the Police. The make up of the team evolved depending on caseload.

Millions of referrals of suspected child sexual exploitation material is shared between international law enforcement services and other agencies.

In New Zealand, that is Internal Affairs, who scrutinise that material, especially looking for any sign the children pictured are New Zealanders.

"We start going through all of the imagery to see if there is anything that would identify a New Zealand child, or just factors that would just identify the children," said one Internal Affairs investigator.

Despite various laws Customs, Internal Affairs and the Police operate under, one of the main goals of Taskforce Ruru is victim identification, and if they are in New Zealand, getting them out of harms way.

"At the end of last year... we arrested a guy who had been exporting objectionable publications. As we were going through his personal collection of material we noticed that there was imagery he created himself, which obviously meant there were victims somewhere that he had abused," said Simon Peterson, Chief Customs officer for child exploitation operations team.

Taskforce Ruru was called in.

"There were six [children] that we found in his collections, and with seven days... we had all six of those children identified." 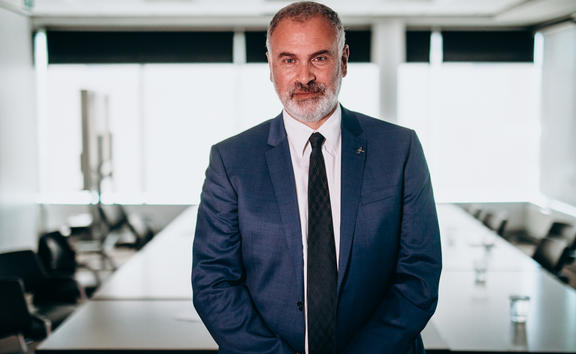 "It might be a one off conversation on an application on the internet... it could go all the way to a child or young person being groomed over a period of time, building up a relationship with someone they believe could be their own age when in fact its an adult.

"That could progress to the child sending sexually explicit images or videos, it could even progress to a physical meeting."

"Then you have other cases where we see images from overseas where there is a business around exploiting children.

"We have the phenomena of live distance child abuse, where an offender can sit at home in New Zealand, make contact with an organiser overseas, make a payment... and then direct the abuse of a child online, online by webcam."

Prosecutions around the exploitation of children are rapidly rising. In 2014, 127 people were prosecuted by the Police, Internal Affairs, and Customs... that number had increased in 2018 to 204.