The benefit battle: 'Every cent counts'

The number of people desperate for government help to pay for essentials like food and rent is skyrocketing - with advocates warning that won't change until baseline benefits increase.

Figures out today from the Ministry for Social Development (MSD) show that in December there were 15,000 more people on the benefit than a year earlier.

That was a 5 percent increase, bringing the total number of people on a benefit to 314,408.

The figures also paint a picture of people struggling to pay for the basics, with $30 million handed out to cover emergency food grants alone.

Auckland man Gary Cash is among the beneficiaries who have had to ask MSD for emergency grants in recent months - he said covering the basics was tough.

"Me and my partner will starve for three days a week - one day we won't eat, we'll just have a little bit and make sure the kids get fed because there's just not enough food."

A year ago the 31-year-old father of four was working at the Otahuhu meat works and said life was good.

"We could afford anything we wanted, anything we needed, but now it's like every cent counts."

About eight months ago he got an abscess and is now on a lengthy waitlist for surgery - he can't work while he waits and has been stressed and struggling while on the Job Seekers Benefit.

They are currently boarding with family in Otara and have been on the waitlist for a statehouse for around seven months.

Gary receives $191 on his benefit - his partner gets $195. It doesn't come close to cutting it for them, and they're not alone.

In the three months to December the Ministry for Social Development handed out $165 million worth of grants - an increase of $56 million on the year before.

Money for food and emergency accommodation made up a large portion of that funding - $30 million went towards food grants and $48 million on motel stays.

Gary said with the benefit at such a low-level, it left many families scrambling for cash in other places.

"Its just forcing people to get loans from places that do beneficiary loans, with high interest, and that interest pretty much takes the money that we need."

"Benefit rates are enough to cover your accommodation and transport costs, your electricity, and that's kind of it. There might be a little bit left over for food - if you've got a car then goodluck and if you've got children that's even harder."

She said hardship assistance funds would continue to climb unless benefit rates increased. 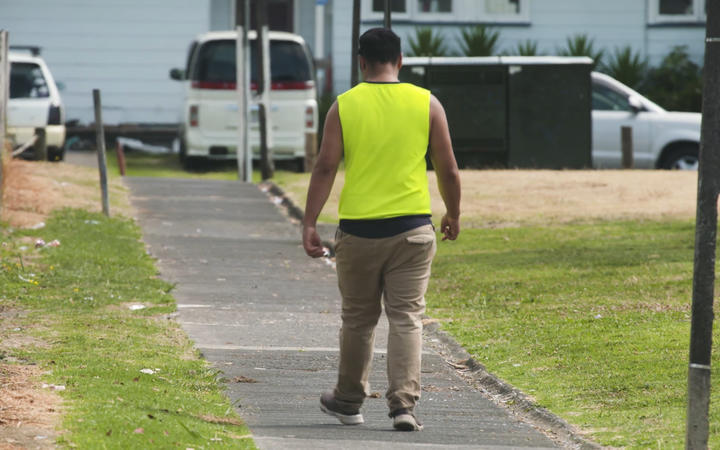 "Surely the evidence is such that the increased demand for these highly complicated, difficult things to apply for, that extra demand indicates that core benefits are simply not high enough."

"I can't commit to any one initiative but it is something that we're considering," she said.

But Gary said the government only saw numbers when it came to benefits - and that wasn't the reality.

"Numbers are just seeing how many people are going through it, it's not really seeing each and every individual that goes through it.

"It leads to a lot of things, from suicide to domestic violence to starving children and poverty and all these things - it's messing everyone's lives up."