Guy Fawkes' backyard fireworks: Will they stay or will they go?

Three days into the annual Fireworks sale and already Fire and Emergency has racked up dozens of call outs, including to fireworks being shot out of moving cars.

It's prompted renewed calls for a 'ban on the boom', with those opposed calling on the government to make this the last year fireworks are sold to the public.

But fireworks retailers say they're an important part of New Zealand tradition and culture, and are adamant they're here to stay.

It's been a busy time for Steven Khov, the director of fireworks importer Boom Brothers, who has been selling fireworks for about eight years.

"It represents, I think, a Kiwi tradition and culture that we have grown up through generations."

But it's possible his days in the fireworks business are numbered - multiple councils around the country have banned them in public places and there are growing calls for private sales to be banned all together. 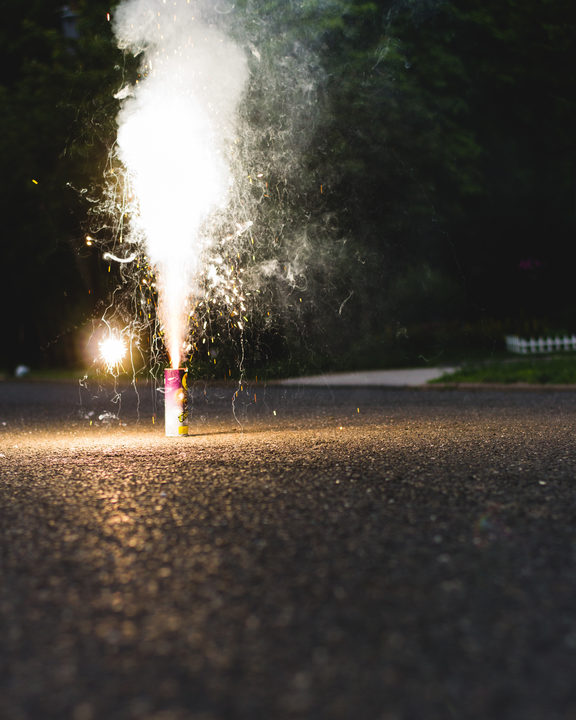 "As a council we have banned fireworks in all public places. You can't set off fireworks on a beach or a park or a street.

"That's the extent of our powers, we cannot tell you what to do on private property, that's over to the government.

"We want a ban on the private use and sale of fireworks. That's what Auckland has said, that's what the councils of New Zealand have said, several petitions have said it, now it's up to the government to do it."

She said the piles of waste, as well as the harm caused to animals and humans, meant they were just not worth it.

"We can have public displays, where people come along and enjoy fireworks in a safe manner. Australia banned them 30 years ago, we're way behind the eight-ball!"

Fireworks went on sale on Saturday and Fire and Emergency spokesman Mike Shaw said crews had attended more than 40 related incidents since then.

"People are out there with flammable items and they're firing them up there in the sky and firing them all around.

"We did have a worrying incident where some people were firing fireworks out of a moving vehicle and they were firing them at people. This is just not good behaviour and just not sensible."

While Mr Shaw said behaviour around fireworks has gotten slightly better over the years, public support for the backyard displays appeared to be waning.

The SPCA has also called for a ban - and Ms Casey will be making a submission to a parliamentary select committee later this month asking the government to stop their sale altogether.

"In 10 years there have been 4200 injuries related to fireworks, and that's just the ones that went through ACC and not directly to hospital - at a cost of nearly $4 million. One of those was one too many."

But Mr Khov was not convinced by the opposition.

"Those petitions and those surveys and things are largely skewed, and that's simply because those who don't like something always has a louder voice."

He said public displays were costly and he was not convinced they will be funded across the country.

"I think that if fireworks are used responsibly and people follow the instructions on the fireworks, we would have less problems.

"If people didn't like fireworks I wouldn't have a business and neither would any of my competitors."