Counsellors say hundreds of young people have been left in the lurch after the Gumboot Fund abruptly ran out of money last month, putting their treatment programmes on hold. 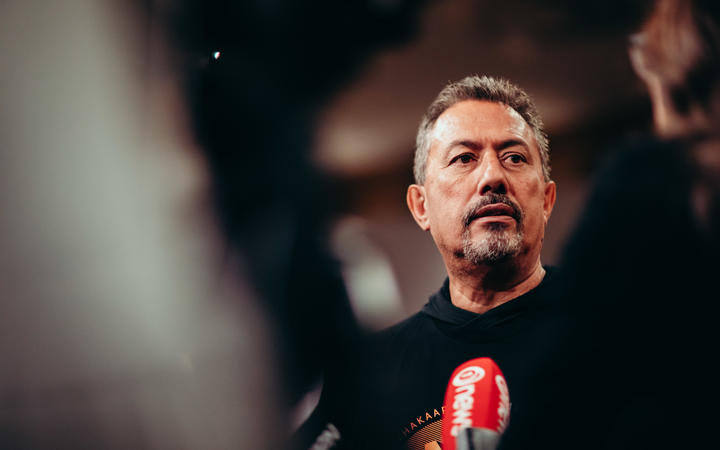 Some are continuing to see their clients for free, in a bid to avoid "serious clinical ramifications" before the next major funding top up in six months.

The fund was launched by Mike King's I Am Hope charity in April 2019, after a Facebook campaign and Gumboot Friday event that collectively raised $1.3 million.

In an offer Christchurch-based clinical psychologist Catherine Gallagher said was "almost too good to be true," anyone 19 years or younger could claim any number of counselling sessions, without joining a wait-list or meeting specific criteria. Their counsellor would be paid from the fund.

But she said all that support was "suddenly ripped away," in mid-September when the charity hit the zero dollar mark, and sent out an email to its providers like her.

"There was no planning or warning for either the clinicians, or the families or the children, that a piece of work that had been instrumental might have to stop," she said.

The only indication funds were running low came a few weeks before, she said, when a limit of five sessions per client was imposed.

"$920,000 went out in the last month and what we've heard on the grapevine was that doctors were finding a better response, a faster response in our service, and they were directing people to our fund.

"We were meant to be a fund that gave the system a break. Most people took 14 weeks to get in so what we were hoping to do was fund a couple of sessions before you get into funded services.

"But when health professionals ignore the funded service because our service is better, that's telling you a lot about the current system."

Christchurch counsellor Cherin Abdelaal-Selim told RNZ she had to call clients, and let them know the funding had been cut.

"So they had a choice of for those who could afford it, which most couldn't, they could continue or we had to stop," she said.

Online Arts Therapist Dione Davies said it was hard to know where else to point people for free support.

"I do know that there are different services available in different areas but it really depends on where you are. But I also know that services through the hospitals and the DHBs have long waiting lists so you're unlikely to be able to see someone quickly," she said.

Worried about their clients well-being, a number of counsellors have told RNZ they're continuing to provide treatment free of charge.

Mr King is urging counsellors to take care of the clients they are helping in the scheme.

"It's only for a short time, we'll get a better system, we'll get more money."

He said the scheme had to wait until the next Gumboot Day on 3 April, and he was not anticipating any early funding from the government.

Ms Abdelaal-Selimsays said there was a real risk that pulling the plug in the middle of treatment would make people's mental health worse.

"Some of these people have just told you the worst possible things that have happened in their lives. They might be part way through processing that with you and then all of a sudden it stops and these clients are left with absolutely no professional support."

I Am Hope's chair Mike Dawes told RNZ there was a whole lot that could be done to improve the fund next year, including more parameters on the spending.

Counsellor Catherine Gallagher said she hoped there would be a triage or a time-limited model.

"It would just mean that clinician and child's family can sit down and actually contract openly and clearly about what it is we're doing here, how long have we got and what can we hope to accomplish in that period of time," she said.

I Am Hope says it is aiming to raise $5 million on the next Gumboot Friday, while $358,500 remains in their spare change fund for people 20 to 25 years.

Mr King told Checkpoint he was not surprised by the level of demand.

"There has always been a need. What I think is with targeting the wrong areas, we are targeting crisis rather than prevention, which is getting into schools and getting our young kids talking about little problems before they become big problems, before they become suicidal thoughts."

But he said the Ministry of Health had not been collaborative with I Am Hope.

"So we put this out, straight away we got a letter from all the funded organisations out there, demanding we stopped, that we're terrorising people that are suicidal, because we're getting people's letters.

"So then, the Ministry of Health turned around and they gave us a 'cease and desist' order that we stop collecting this data."

Mr King said "hell no" that he was not going to stop asking for letters.

"This isn't North Korea. They aren't Donald Trump, they can't tell people what to do.

"People voluntarily put these letters and gave them to us, hoping that we could come up with some themes and some commonalities to arm people with tools to understand why someone wishes to take their own life."

In an email, the Ministry of Health said: "Improving mental health and wellbeing services is a priority for the Ministry and this government, and it's important young people have access to the support they need.

"The government has committed $455 million through the Wellbeing Budget to expand access and choice in primary and community mental health and addiction support, with a focus on ensuring people experiencing distress get the support they need easily and quickly."