A Wellington train conductor has been hailed as a hero for literally stopping a train in its tracks after a racist taunt between passengers turned nasty last night. 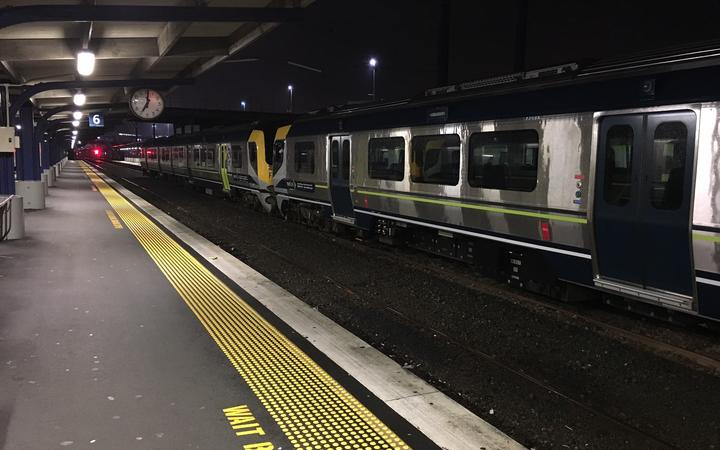 The train had left the Wellington Railway station for Upper Hutt but came to a halt after the conductor overheard a passenger racially abusing another for speaking Hindi on his cellphone.

One of the passengers on the train, who asked not to be named, said the incident unfolded at around 8pm last night.

"A young girl, about 16, was yelling at a passenger and saying 'go back to your country, don't speak that language here'," she told Checkpoint.

"She said she was getting off at the next stop, and the conductor said 'no you can get off at this one, I'm not putting up with that nonsense'"

The girl said "Well, I'm not getting off the train then," so the conductor called the police.

"A lot of us had turned around and were watching the situation unfold."

"Everyone was over the moon she decided to do that and stand up to that behaviour.

"We were just in awe that she had the courage to say 'this isn't on and I'm not going to put up with it, no matter who you are and whether you're a paying customer or not - you can get off the train and find your own way home.'

The passengers waited around 20 minutes.

She said the victim of the racial abuse was very startled at first but seemed more or less unphased.

The conductor, JJ, said she was alerted to the incident by another passenger.

"Just as I was walking through getting the tickets, one passenger raised a concern with me, so I went to where this particular passenger was.

"She was a teenage girl and she was hurling abuse at some passengers, and the passengers who were receiving the abuse, I called them out and I asked them what had happened.

The conductor said she took the teenage girl and another passenger who has tried to intervene outside the train and asked them what was happening.

"The Indian passenger was just minding his own business, talking to his friend in their own language."

"It appeared this teenage girl had an issue with him talking in his own language and she was being racist and abusive towards him."

The conductor said she wasn't having any of that on her train.

"We don't put up with language like that, of any kind. We carry passengers to and from A to B, and we want our passengers to get there in a safe manner."

JJ said she tried talking to the girl but her manner didn't change.

When she refused to leave, JJ told her she was calling the cops and the girl shrugged and said "fine".

JJ said she had no reservations about stopping the train.

"When it comes to something like this, not at all. After what we've been through, in March, there's still tender feelings out there."

"All I could do was just apologise to the other passengers."

"We are here as one people in this country, we should all share things equally. We're all living in this country for a purpose, treat every person with the same respect that you'd like to be treated with - with total respect, no matter what race you are."