A Christchurch mosque attack survivor has spoken for the first time since arriving back from a trip where he joined representatives from 17 countries to meet with Donald Trump to discuss religious freedoms.

Farid Ahmed, whose wife Husna was killed at Al Noor Mosque in the 15 March shootings, joined a group of 27 survivors of religious persecution last week in Washington.

Mr Ahmed arrived back in Christchurch this week and said it was a privilege to be one of the three chosen to speak at a religious freedom conference there.

After losing his wife in the mosque attacks, Mr Ahmed's life has not been the same.

"I cannot hide the truth [it's been] very hard, very hard. How can you cope when you lose your [other] half ... and it is really, really difficult. But every day, I'm getting some energy to carry the grief."

The Washington conference was hosted by US Secretary of State Mike Pompeo and Ambassador Sam Brownback.

Mr Ahmed said despite being anxious about the long haul flight, his daughter convinced him to use this chance to deliver the message of unity, love and forgiveness. 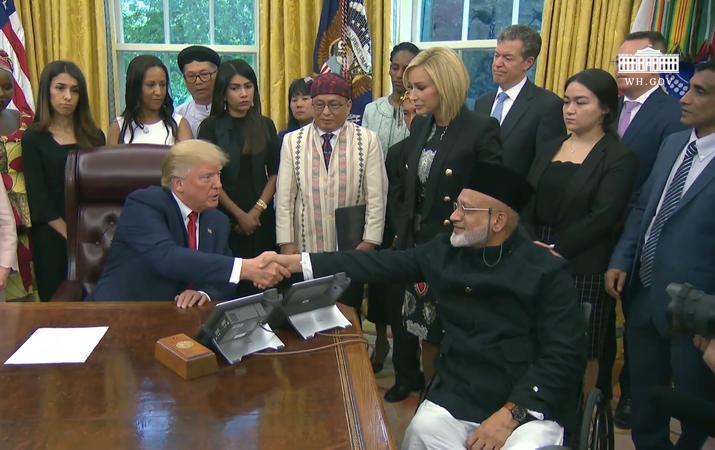 Mr Ahmed was chosen as one of three key speakers from the group to address more than 1000 people.

Speaking directly to Mr Trump in the Oval office, he said it was only right to congratulate him on the basis of his initiative to stop religious persecution.

He said he was proud to represent New Zealand on the platform he was given.

"I have received overwhelming comments from hundreds of delegates that praised New Zealand, that admired New Zealand leadership and some of them they said they were envious that they were not a citizen of New Zealand." 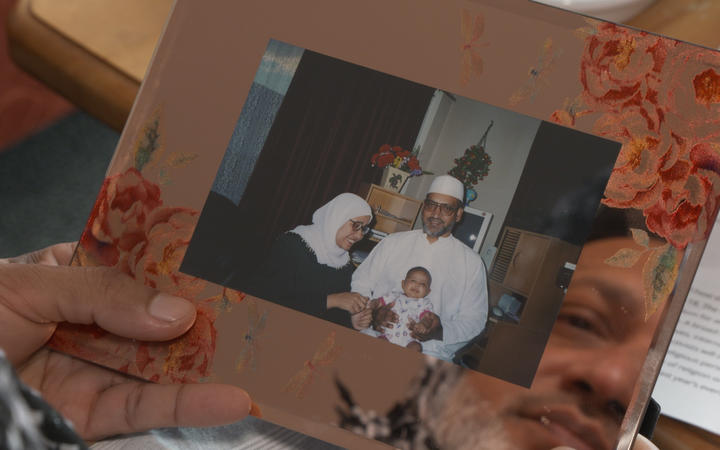 Farid Ahmed holding an old photo of him with his wife Husna, who died in the 15 March shootings, and his daughter. Photo: RNZ / Simon Rogers

He believed everyone had a part to play in fighting hatred and religious persecution across the globe.

"We cannot say only the government should do something to eliminate hatred because this is not possible. There is no medicine in the pharmacy ... and the hatred will be gone. The hatred will go away if each one of us contributes something towards love, harmony and forgiveness."

Taking one day at a time, he said he felt a responsibility to be a changemaker.

"I have still got some time left, I don't know how many moments or minutes or days or months, so I'm trying to focus on as many good things as I can do for myself, for my daughter, for my family, for the country."