Parents of children with severe heart conditions have written to the health minister, telling him the country's paediatric cardiac service is in crisis. 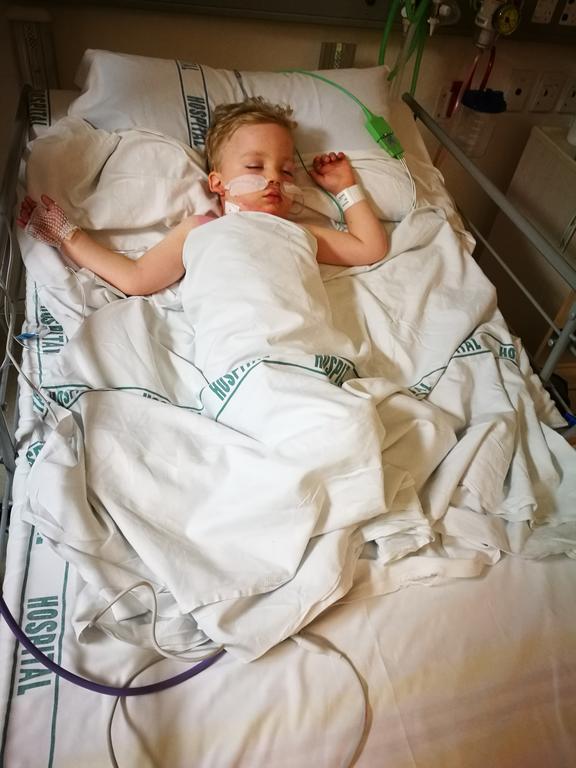 They say their children's open-heart surgeries were often delayed - in some cases up to eight times - because there weren't enough surgeons, beds or resources.

Starship Hospital is the only hospital in the country where open-heart surgery on children is performed. Families fly into Auckland from all over New Zealand for their children's surgery, but they say surgeries are constantly delayed, causing them emotional and financial stress.

Four parents, with the support of 60 others, have written a letter to Health Minister David Clark expressing their concerns.

They said they were worried about overcrowded wards, not enough Paediatric Intensive Care Unit (PICU) beds, and that for the past two years there had been only two surgeons for the entire population, when in the past there were three.

They want the government to provide more funding and assure them of what is being done to future-proof a system they believe has been under pressure for years.

Michelle Burns is one of the mothers who has signed the letter. Her son Mitchell has been in the system since the day he was born, and like many children with congenital heart conditions, he is likely to be reliant on the system for life.

Mitchell first had surgery at five days old, then three months and was scheduled to have surgery in October last year, when he was four.

He was so unwell he could not move his body without puffing and had been pulled out of day care. Ms Burns said he was bored at home - but too tired to go out.

"My son was using a pushchair as if it was a wheelchair when he was three-and-a-half or four years old, and he wouldn't even walk from the lounge to his bedroom without asking me to come with him, then halfway down the hallway he'd ask me to pick him up and carry him."

The Palmerston North mum said Mitchell was the right weight for surgery and with his health declining he needed it desperately.

"They say, 'well, actually, the date you got given in October, then November, then later in November, we're not actually going to give you another date this year, we're looking at February.' "

It was when they were at Starship for his surgery in November 2018 that she was shocked by what a cardiologist told her, she wrote down his exact words.

"He said to me, 'I'll be honest, our surgery list is in crisis mode'. Then he said something about being down to two surgeons instead of three.

"He said something to me about whether they were getting enough rest and breaks and that made me worry about my son having surgery, open-heart surgery."

Ms Burns and other parents said they should not have to fight for their children to get timely treatment.

Some parents said their child's surgery had been delayed five times - and Melanie Walsh, who penned the letter on behalf of the other parents, said she knew of one child whose surgery had been put off eight times before it went ahead.

She said a major contributing factor was a lack of PICU beds.

"If an acute case comes in, say a child is desperately sick [or] it could be any kind of surgery or a cancer patient, then an open-heart surgery - which can be deemed elective even though it's necessary - can be pushed off that list."

Auckland District Health Board said since 2016 the number of beds had increased from 17 to 22, and it was looking at further expanding bed capacity.

She was in touch with families all over the country and said many children were waiting too long for treatment - and for some, their health deteriorated rapidly.

"It's putting a lot of stress on families who are already worrying about what is going to happen in surgery."

In a statement, ADHB said there was about 55 to 65 children on the surgery wait list, up from 40 to 50 in previous years, due to "intensive care unit and surgical capacity".

It said surgeries have needed to be rescheduled at times, which meant some patients may not receive surgery as promptly as they, their families or the DHB would like. Decisions were always informed by clinical need.

It confirmed one of two cardiac paediatric surgeons were leaving next month, with just one permanent surgeon to remain.

However, ADHB said locum surgeons would fill in until a new surgeon started in December.

Starship director of surgical Dr John Beca said there had been some promising applicants for new surgeons.

"In the meantime, I want to assure families that we are fortunate to have excellent specialist surgeons assisting us on a temporary basis. We review our cardiac waiting lists daily to ensure that patients with the greatest clinical need are prioritised."

Ms Walsh and other parents said Starship staff were wonderful, but a lack of funding was the crux of the issue.

They are appealing to the health minister for more money for more beds and more surgeons.