A woman who lost her husband in the Christchurch mosque attacks says she does not know how she'll cope if her family has to return to Pakistan.

Amna Ali's husband, Syed Jahandad Ali, was gunned down in the Al Noor mosque on 15 March - 51 others died and dozens were injured in the shooting.

Her brother and parents flew out from Pakistan soon after to help her care for her three children.

Amna has been unable to explain to her five-year-old daughter - who has autism and doesn't speak - what happened to her father and why he has not come home.

Her family had applied for permanent residency, but had to get in line just like everybody else. The situation has left her fearful they might have to return to Pakistan when their visitor visas expire in September.

Amna said she was promised by Prime Minister Jacinda Ardern soon after the shootings at a face-to-face meeting that she would be supported and she now wanted to hold Ms Ardern to her promise.

"They said ... we can give your parents and brother permanent residency ... but nothing happened and now it's three months and no one is answering us and no one is replying back. We are just waiting and waiting."

The death of a parent is hard for any child to comprehend.

While Amna had done her best to explain things to her two youngest children, aged eight months and two-and-a-half, it was much harder with her eldest daughter. 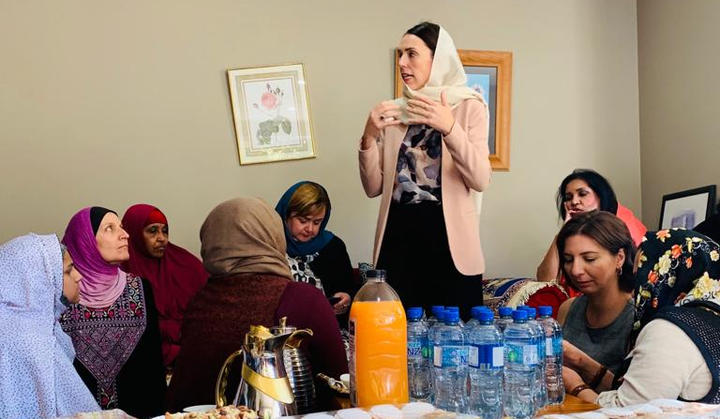 Every day at 5pm, she waits at the door like she always has, expecting her father to walk through.

"She doesn't understand anything, but she misses her Dad and, you know with autism every week the behaviour of the child is getting worse and worse."

Losing her husband and the family's main breadwinner has turned Amna's world upside down.

"I live here six years with him and there [are] so many memories I have and everywhere I go - in the mall, in the park, everywhere.

Like many women made widows by the shootings, Amna Ali had to take on the things her husband used to take care of, including paying the bills and the mortgage.

While the ACC payments she was receiving for her husband's lost income were helping to pay the mortgage for now, she said she was worried about what the future might hold, especially for her eldest, who would need her mother's help for the rest of her life. 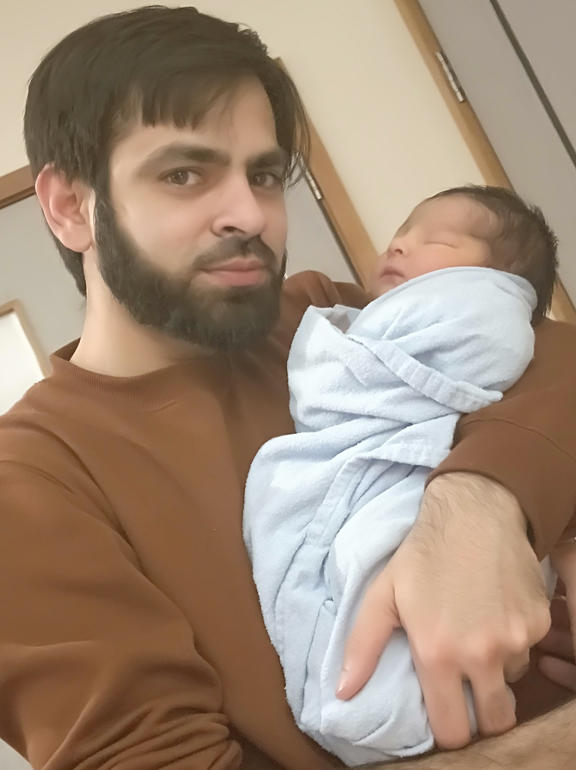 Her parents and brother had helped her to carry on without her husband, assisting with the care of her children and providing emotional support.

She said if their permanent residency applications were declined and they were forced to return to Pakistan it would mean the end of her life in New Zealand as well.

"How can I live here with three kids? Can you imagine? I need my brothers and parents here."

Amna Ali's brother, Mohammad Raza Ali, worked in advertising in Pakistan and was confident he would be able to pick up similar work here to enable him to support his sister and her children.

"This is my inner feeling and my religious duty also, to take care of my sister in difficult times, and now I have to look after her for all my life.

"My savings and monies are exhausted now. So we are just waiting for government to do some things for us."

Mohammad Raza Ali said he was grateful for the kind words and offers of support from the people of New Zealand, as well as their generous donations to the victims.

He said the government itself had so far taken limited action to support victims beyond what it was legally required to do with the likes of ACC and Income Support.

He said it was now time for her to make good on her pledge to support them.

Minister says no promises made to widows

The minister in charge of co-ordinating assistance for the families, Megan Woods, said she was at the meeting between the widows and Ms Ardern and there were no promises made that family members would be granted permanent residency.

It was made clear to them that the special Christchurch Response Visa only offered permanent residency to those already resident here at the time of the shootings, she said.

Ms Woods said it was not true to say the government had adopted a business-as-usual approach because the families had all been offered free immigration advice and given case managers to help them get ahead of the queue in having their applications considered in a timely fashion.

She said if they were declined then there was still the option of appealing straight to the Immigration Minister who had discretion to grant permanent residency if there were special circumstances at play.

But she said it simply was not possible to make a special exception for all of these families.

Ms Woods said the government had done a lot for the families, including arranging fast-tracked visitor visas for relatives and driving and English lessons for widows.